IF PREVIOUS PRESIDENTS DID IT, WHY NOT THIS ONE? 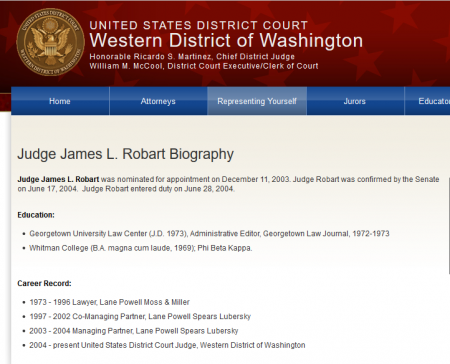 The fake news and intentional lies have been promulgated by the Democrat leaders in Congress, most national network news anchors (excluding FOX), the left-of-center liberal media establishment, the Muslim Brotherhood, and left-leaning Hollywood celebrities who are making speeches and supporting massive demonstrations opposing the temporary moratorium on the entry of foreign nationals from seven out of 43 Muslim-majority nations that are harboring radical Islamic terrorists.

The seven nations are Somalia, Iraq, Sudan, Yemen, Syria, Iran, and Libya.  Except for Iran, the governments of those nations lack identity controls and are unable to verify that individuals residing in those countries are who they state they are.   Only seven of the 43 Muslim nations in the world have had a 120-day moratorium on refugee resettlement imposed upon them.  There are 47 Democrat members of Congress who support President Trump’s 120-day moratorium.  However, refugees from the seven nations harboring terrorists who are in dire straits have been processed for entry into the US.

Two of those terrorist-harboring nations, Iran and Libya, should probably never be permitted to send refugees into the United States because Iran is the largest state sponsor of terrorism in the world, and Libya has absolutely no control over thousands of ISIS and Al Qaeda terrorists operating freely within the country.  The attachment lists the dates on which terrorists from the seven targeted nations have attacked and/or killed American citizens in the United States.

For the last eight years, 74 of the 94 terrorist attacks and/or jihadist killing sprees against American citizens in US cities were initiated by Muslim refugees, descendants of Muslim refugees, by radicalized Islamists, or by citizens from the nations of Somalia, Iraq, Sudan, Yemen, Syria, and Iran.  In 2011, because of the ongoing terrorist threat, the Obama administration issued an Executive Order to put citizens from those seven nations on a “temporary” ban, preventing them from entering the US.  President Trump selected the same 7 nations and issued a 120-day moratorium on the entry of “all” foreign nationals regardless of their religions background.

Since September 11, 2001, when the World Trade Center (WTC) was attacked for the second time, cities throughout the United States have been attacked 94 times by Islamic terrorists.  Since 2008, 74 attacks occurred in 49 US cities, and in many cases those attacks resulted in the injuries and deaths of hundreds of US citizens on US soil.

Radical Islamic terrorist attacks in the US over the last eight years were covered up using politically-correct language and by failing to properly identify those responsible.  Those who perpetrated the cover-up with politically-correct language were the left-of-center liberal media establishment, the Muslim Brotherhood and its front groups, the Democrat leadership in Congress, national news TV commentators, and the Obama administration.  They continued the cover-up conspiracy by not properly identifying those responsible for the 74 terrorist attacks on Americans in the US and the murder and injury of hundreds of American citizens over eight years.

To date, 100 ISIS terrorist plots against the United States have been broken up by the FBI, resulting in the arrest and conviction of over 180 Muslim refugees, descendants of Muslim refugees, self-radicalized Islamic terrorists, and by citizens from the seven nations harboring terrorists.

Currently the FBI is evaluating over 1,000 open cases on potential terrorist attacks in the US 50 states; a percentage of those cases on potential terrorists attacks can be attributed to some of the 900,000+ Middle East and African Muslim refugees Obama resettled in 187 cities throughout the US over the last eight years.  For eight years, those refugees were allowed to enter without being properly vetted by the FBI to determine if they had terrorist ties.   The nearly one million Middle East and African Muslim refugees were resettled in the US through the UN Refugee Resettlement Program which is controlled by UN Muslim member nations.

The Obama administration refused to a provide safe haven for 300,000 Middle East Syrian and Assyrian Christian refugees seeking asylum who were being housed by the Greek Catholic Relief Agency, while 200,000 Middle East Christians were being slaughtered in ISIS’s ongoing genocide.  The left-of-center liberal media establishment ignored the genocide of over 200,000 Christians and the plight of the 300,000 Christians seeking asylum while supporting the asylum of over 100,000 UN Muslim refugees each year.  The Assyrian Christians fleeing from genocide stated that they never received the financial aid from the UN or from the US that the Muslim refugees were receiving.

Six times in the last 135 years when the US legally excluded foreign nationals from entering the United States in accordance with US Federal Law and the US Constitution are:

1)    On May 6. 1882, President Chester Arthur excluded Chinese nationals from entering the US.

2)    On March 3, 1903, President Theodore Roosevelt banned anarchists and others deemed to be political extremists from entering the US.

3)    In June 1939, President Franklin Roosevelt excluded Jewish refugees from entering the US during WWII.

5)    On April 7, 1980, following the 1979 Iranian Hostage crisis involving the US Embassy in Iran, President James Carter banned Iranians from entering the US.

6)    In 1987, the Public Health Service added AIDS to the list of “dangerous and contagious diseases”, and President Ronald Reagan banned HIV-positive persons from entering the US.  In 1993, President Bill Clinton signed the same travel ban.  In 2009, Obama lifted the ban.

An activist federal district judge, Judge James Robart, issued an unprecedented nationwide injunction against the 120-day moratorium on refugees entering the US.  That action overturned immigration laws passed by Congress, 200 years of settled law, and violated the US’s national sovereignty outlined in the US Constitution.  Judge Robart’s radical action reinstated as many as 60,000 visas for foreign nationals from the seven identified nations except for Iran.

Democrat leaders in Congress and the media continue to lie to American citizens by calling out the 120-day moratorium on refugee resettlement while at the same time “thousands of Muslim citizens” from 36 Muslim nations are entering the United States every day.

Radical Islamic Terrorists From Somalia, Iraq, Sudan, Yemen, Syria, and Iran Have Attacked Americans in the US added on Monday, February 6, 2017

One Response to "Radical Islamic Terrorists From Somalia, Iraq, Sudan, Yemen, Syria, and Iran Have Attacked Americans in the US"