Like “dangerous manmade climate change,” sustainability reflects poor understanding of basic energy, economic, resource extraction and manufacturing principles – and a tendency to emphasize tautologies and theoretical models as an alternative to readily observable evidence in the Real World. It also involves well-intended but ill-informed people being led by ill-intended but well-informed activists who use the concept to gain greater government control over people’s lives, livelihoods and living standards.

The most common definition is that we may meet the needs of current generations only to the extent that doing so will not compromise the ability of future generations to meet their needs. Sustainability thus reflects the assertion that we are rapidly depleting finite resources and must reduce current needs and wants so as to save raw materials for future generations.

At first blush, it sounds logical and even ethical. But it requires impossible clairvoyance.

In 1887, when the Hearthstone House became the world’s first home lit via hydroelectric power, no one did or could foresee that electricity would dominate, enhance and safeguard our lives in the myriad ways it does today. Decades later, no one anticipated pure silica fiber optic cables replacing copper wires.

No one predicted tiny cellular phones with superb digital cameras and more computing power than a 1990 desktop computer or 3-D printing or thousands of wind turbines across our fruited plains – or cadmium, rare earth metals and other raw materials suddenly required to manufacture these technological wonders.

Mankind advanced at a snail’s pace for thousands of years. As the modern fossil-fuel industrial era found its footing, progress picked up at an increasingly breathtaking pace. Today, change is exponential. As we moved from flint to copper, to bronze, iron, steel and beyond, we didn’t do so because mankind had exhausted Earth’s supplies of flint, copper, tin and so on. We did it because we innovated – invented something better, more efficient or practical. Each advance required different raw materials.

Who today can foresee what technologies future generations will have 25, 50 or 200 years from now? What raw materials they will need? How we are supposed to ensure that those families meet their needs?

Why, then, would we even think of empowering government to regulate today’s activities today based on the wholly unpredictable technologies, lifestyles, needs, and resource demands of distant generations? Why would we ignore or compromise the needs of current generations to meet those totally unpredictable future needs – including the needs of today’s most impoverished, energy-deprived, malnourished people, who desperately want to improve their lives?

Moreover, we are not going to run out of resources anytime soon. A 1-kilometer fiber optic cable made from 45 pounds of silica (Earth’s most abundant element) carries thousands of times more information than an equally long RG-6 cable made from 3,600 pounds of copper, reducing demand for copper.

In 1947, the world’s proven oil reserves totaled 47 billion barrels. Over the next 70 years, we consumed hundreds of billions of barrels – and yet, in 2016 we still had at least 2,800 billion barrels of oil reserves, including oil sands, oil shales and other unconventional deposits: at least a century’s worth, plus abundant natural gas. Constantly improving technologies now let us find and produce oil and natural gas from deposits that we could not even detect, much less tap into, just a couple decades ago.

Sustainability dogma also revolves around hatred of fossil fuels and a determination to rid the world of them, regardless of any social, economic or environmental costs of doing so. And we frequently find that supposedly green, eco-friendly and sustainable alternatives are frequently anything but.

U.S. ethanol quotas eat up 40% of the nation’s corn, cropland the size of Iowa, billions of gallons of water, and vast quantities of pesticides, fertilizers, tractor fuel and natural gas, to produce energy that drives up food prices, damages small engines and gets one-third less mileage per gallon than gasoline.

The United Kingdom also subsidizes several huge anaerobic digesters, intended to convert animal manure and other farm waste into eco-friendly methane for use in generating electricity. But there is insufficient farm waste. So the digesters are fed with corn (maize), grass and rye grown on 130,000 acres (four times the size of Washington, DC), using enormous amounts of water, fertilizer – and of course diesel fuel to grow, harvest and transport the crops to the digesters. Why not just drill and frack for natural gas?

That brings us to the political arena, where the terminology is circular, malleable, infinitely elastic, the perfect tool for activists. Whatever they support is sustainable; whatever they oppose is unsustainable; and whatever mantras or protective measures they propose give them more power and control. 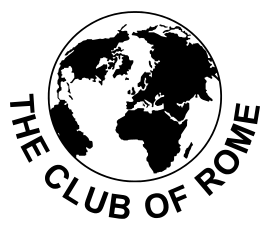 The Club of Rome sought to build a new movement by creating “a common enemy against whom we can unite” – allegedly looming disasters “caused by human intervention in natural processes” and requiring “changed attitudes and behavior” to avoid global calamities: global warming and resource depletion.

“Minor shifts in policy, moderate improvements in laws and regulations, rhetoric offered in lieu of genuine change,” former Vice President Al Gore asserted – “these are all forms of appeasement, designed to satisfy the public’s desire to believe that sacrifice, struggle and a wrenching transformation of society will not be necessary.” Environmental activist Daniel Sitarz agreed, saying: “Agenda 21 proposes an array of actions intended to be implemented by every person on Earth. Effective execution of Agenda 21 will require a profound reorientation of all humans, unlike anything the world has ever experienced.”

“Sustainable development,” the National Research Council declaimed in a 2011 report, “raises questions that are not fully or directly addressed in U.S. law or policy, including how to define and control unsustainable patterns of production and consumption, and how to encourage the development of sustainable communities, biodiversity protection, clean energy, environmentally sustainable economic development, and climate change controls.” In fact, said Obama science advisor John Holdren, we cannot even talk about sustainability without talking about politics, power, and control. Especially control.

Of course, the activists, politicians and regulators feel little pain, as they enjoy salaries and perks paid by taxpayers and foundations, fly to UN and other conferences at posh 5-star resorts around the world, and implement agendas that control, redesign and transform other people’s lives.

It is We the Governed – especially working-class and poor citizens – who pay the price, with the world’s poorest families paying the highest price. We can only hope the Trump Administration and Congress will dismantle and defund sustainable development, the alter ego of cataclysmic manmade climate change.

Paul Driessen is senior policy analyst for the Committee For A Constructive Tomorrow (www.CFACT.org), and author of Eco-Imperialism: Green power – Black death.

The Hidden Agendas of Sustainability Illusions added on Sunday, February 5, 2017