“EQUAL PROTECTION OF THE LAWS,” OR JUST IN SOME PLACES? 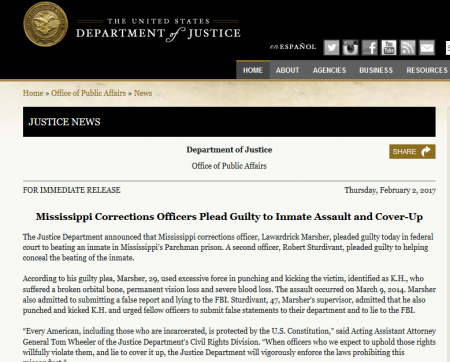 (Feb. 5, 2017) — An announcement dated February 2 at the website of the U.S. Department of Justice states that two Mississippi correction officers pleaded guilty in the U.S. District Court for the Northern District of Mississippi to using excessive force against an inmate, causing him to experience “a broken orbital bone, permanent vision loss and severe blood loss” in 2014.

The report states that the victim’s constitutional and civil rights were violated and that two other correction officers also face punishment for abusing the inmate, failing to intervene, lying to the FBI and encouraging others to do the same.

The special agent in charge of the investigation was quoted as having said, “Occasionally, incarceration can lead to an emotionally charged atmosphere, but we lose credibility and moral authority when prison guards are guilty of violating the civil rights of those they are sworn to protect. While incarcerated individuals have relinquished their right to freedom, they have not renounced their civil rights.”

The 14th Amendment to the U.S. Constitution guarantees that “No state shall make or enforce any law which shall abridge the privileges or immunities of citizens of the United States; nor shall any state deprive any person of life, liberty, or property, without due process of law; nor deny to any person within its jurisdiction the equal protection of the laws.”

“This case was investigated by the FBI’s Jackson Division, with cooperation from the Mississippi Department of Corrections,” the press release states in its last paragraph.

The DOJ further reported that the guilty pleas from the first two defendants were reached after grand jury indictments were issued.

In Tennessee, grand juries are compromised by the presence of judicially-selected grand jury foremen who serve unlimited terms, rendering indictments or “No True Bills” constitutionally unreliable.

“This is the way we do it in Tennessee,” we have been told by Monroe County, TN Chief Clerk Martha M. Cook.

Nearly one year ago, the FBI announced at a press conference that its “Operation Ghost Guard” netted the arrests of more than two dozen individuals involved in smuggling drugs and other contraband into 11 of Georgia’s 33 prisons.  Having seen the presser on live television, this writer contacted the FBI by phone and mail to relate the harsh and substandard conditions of which it has been informed by dozens of inmates in Tennessee county jails and state prisons to include those operated by CoreCivic, formerly Corrections Corporation of America.

In our mailing, we provided copies of approximately 12 inmate letters alleging a wide range of malfeasance on the part of their jailers and a lack of response on the part of prison management.

The Post & Email has also reported the alleged horrendous conditions within Tennessee’s prisons to the American Correctional Association (ACA) both verbally and in writing but received no response.  A request made to A.J. Jackson of the ACA for a copy of an inspection report from its scheduled March 2016 visit to the Northwest Correctional Complex (NWCX) was also ignored.

Last week, we were informed accurately that Tennessee Department of Correction (TDOC) Commissioner Tony Parker is a member of the ACA’s Board of Directors.  The Post & Email subsequently sent a message to TDOC Communications Director Neysa Taylor asking if Parker’s position on the board compromised the ACA in its inspections of Tennessee prisons, to which we received no response.

The Tennessean has provided coverage of prison violence, an unexplained death and inaccurate incident reports under former TDOC Commissioner Derrick Schofield.  A 2015 review completed by the ACA while Schofield still led the agency showed questionable incident report classifications and recommended changing Schofield’s enactment of a new rule limiting overtime pay for correction officers.  Other than that, Tennessee’s prisons were said to have been “smoothly operating” with no mention of gang violence, inmates’ “forced class participation” in order to garner thousands of dollars from the federal government, and correction officer injuries and even death from working consecutive, multiple shifts.

The issue of whether or not the ACA could be impartial in its inspections of Tennessee’s prisons was raised by a state legislator following a number of subcommittee hearings on safety and compensation issues.

Overcrowding and unrest also reportedly exist at the Shelby County Jail in Memphis.

Regarding TTCC, both inmates and their relatives have reported drugs smuggled in to the facility, limited and restrictive visitation periods, substandard and cold food, lack of medical care, beatings at the hands of gang members who roam the prison unrestrained, retaliation, theft of personal items, almost-continuous lockdown periods resulting in a lack of access to the law library for those with legal deadlines, no employment opportunities, very little recreation time, and verbally-abusive correction officers.

One inmate has called correction officers who employ “hands-on training” during the course of their day “criminals with a badge.”

Unexplained deaths have been reported as well as a death allegedly occurring last month due to a drug overdose.

The conditions at TTCC are reportedly so heinous that inmates are desperate to return to Tennessee prisons operated by the government rather than CoreCivic.  One inmate reportedly became so desperate that he assaulted a correction officer with the knowledge that he would be likely moved to a maximum-security facility.

His letter has been shared anonymously with CoreCivic Chief Corrections Officer and Executive Vice President Harley Lappin as well as TDOC Commissioner Tony Parker and Communications Director Neysa Taylor, none of whom has as of yet provided a response.

Memos and letters have been sent to Tennessee Gov. Bill Haslam, who to this publication’s knowledge has taken no public stand against the ongoing violence and contraband found in state prisons as confirmed by WSMV’s I-Team and other sources.

Physical intimidation on the part of staff toward inmates and bilking of the federal treasury have also been credibly reported.

We have also been told that TTCC inmates John Barnwell and Todd Dixon recently passed away as a result of beatings at the hands of correction officers.

The murder of another individual is against the law in all 50 states, yet those which take place in prisons often go unprosecuted.

The Post & Email has been unable to obtain a response from the FBI as to why it conducted investigations in Georgia and now Mississippi but is unable to do so in nearby Tennessee.

At the Operation Ghost Guard presser, the FBI special agent in charge said, “This is not just Georgia’s problem, it’s a national problem.”

Some of the comments and reports received by this publication over the last three months about Tennessee’s prisons are as follows:

I have a son at Trousdale. This facility is way out of control. Mixing of the maximum security with the minimum security inmates. They are always on lockdown for gang fights. I have been trying for months to get my son moved back to Bledsoe facility problem is you can never get anyone to answer phone at Trousdale I have called Dept of Corrections can’t get any help there either. My family and I stay under constant worry for my son. He is a first time offender. Just today my daughter and my sons grandparents drove over 3 hours to go visit my son. Once at Trousdale they were gave the run around and then told he could only have visits on Monday and you have to call week in advance and schedule them. My daughter and her dad had just went to visit 2 weeks ago on a Saturday with no issues. I am so frustrated with this place. They need some help I as well as my mom have called the warden and wrote letters with of course no response. 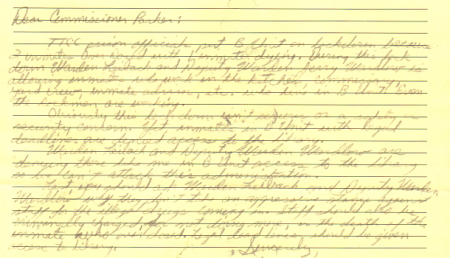 I have a son there who says it is the worst prison he has been in. Food is terrible and there is very little of it. Lockdown is constant and he is in protective custody because a gang member is threatening his life and electricity has been taken out of his cell and he can no longer buy commissary unless he goes back into general population where he fears for his life. He has high blood pressure and hepatitis and his meds are not being given to him. Yes, if this prison is going to be kept open, for goodness sake get someone in there who can run it properly.

TTCC has NOT, I repeat NOT, any water whatsoever for 24 hours. When is the State going to get a Communications Director that doesn’t keep saying, that whatever and however she gets the info about TTCC, it’s all lies. They need to replace Neysa Taylor. You cannot continue to deny something and think it’s all going away. There is going to be something terrible happen at TTCC (worse than the gang uprising of Thanksgiving, which she denies) if someone doesn’t listen and do something! There are at least 2,000 men at this farce of a prison. Someone needs to come off their State holiday and do something humane for these inmates for a change!

Please someone help me understand! Inmates that are not death row sentenced are pretty much considered on death row being at Trousdale! They don’t know from day to day if they will ever make it out alive. SOMETHING has to be done and it needs ATTENTION like NOW!!!! I have a child there and I pray all of the time that he will get to experience freedom alive someday.
Why are they mixing gang members with non gang members??? It is bad enough that our world is corrupt with gangs on the outside world, at least we can run from them here…but being behind those four walls, the non gang members have no where to run/hide from these violent inmates!!!!!

Things at Trousdale are worse and getting worse daily. Gang fights, stabbings, inmates locked down 24/7. I have a son there who I never get to see, because it’s too far, because of health reasons. So, I count on his phone calls. I spoke with him last on Thanksgiving. Because of gang violence, they have been on lockdown since and it may be another month before they are free to go back to work, etc. This is abuse and dirty tricks. When CCA – Trousdale Turner – TDOC – Gov Haslam says we are lying, it is they who are lying. How much more truth do they need before they close this farce of a prison? Mass murder? A prison riot? These things will happen if things aren’t changed; if this place isn’t changed to human/humane treatment of prisoners. People are dying because of their neglect. They can’t pass the buck on this one. Does anyone care? 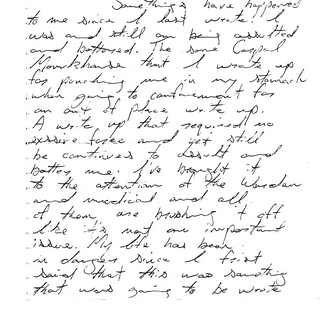 If the FBI Can Investigate Prison Crimes in Mississippi and Georgia, Why Not Tennessee? added on Sunday, February 5, 2017

2 Responses to "If the FBI Can Investigate Prison Crimes in Mississippi and Georgia, Why Not Tennessee?"