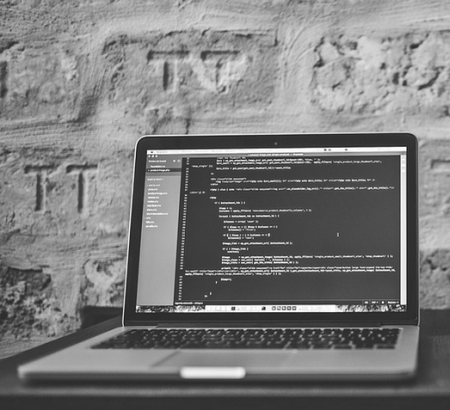 (Feb. 2, 2017) — On Monday, Pauline Boyle, whose husband, Thomas J. Boyle, Jr. was killed in Afghanistan in 2012 by what she believes was friendly fire, told The Post & Email that she recently witnessed one of her computers, which had been shut off at the time, register deleted files reminiscent of that which was reported by former CBS journalist Sharyl Attkisson and CBS itself in 2013.

“It turned on, but the screen was black, and all I saw was ‘deleting files’ over and over again,” Mrs. Boyle said.  “It was black and white lettering and it was like a list going down saying, ‘Delete files, delete files.'”

“I jumped up and hit a button; nothing happened, and I unplugged it,” she told us.

In the Attkisson case, CBS confirmed that Attkisson’s work computer had been “accessed by an unauthorized, external, unknown party on multiple occasions in late 2012” but stopped short of identifying the intruder.  “To be clear, the federal government has not been accused in the intrusion of Attkisson’s computer; CBS News is continuing to work to identify the responsible party,” the media company reported on August 7, 2013.

Just over two years ago, Attkisson filed a lawsuit against the Obama Justice Department for alleged “illegal surveillance while she was reporting on administration scandals.”  She is requesting $35 million in damages from alleged breaches of not only her computers, but her home security system, internet service, cellular phone and home telephone system.

Mrs. Boyle had been preparing to attend the Trump inauguration when the incident with her computer occurred.

During her trip to Washington, DC, Mrs. Boyle said that she was “fast-tracked” by the TSA without having requested it.  “I never applied for it,” she said.  Mrs. Boyle also reported that during the process, the screener said she found something on one of Mrs. Boyle’s shoes and “took away” both of them “for about five minutes.”

Mrs. Boyle has a theory as to why her shoes were taken.

In a series of articles beginning last March, Mrs. Boyle told The Post & Email that she is convinced that a member of the 303rd Military Intelligence Battalion, the unit her husband was supporting as a private contractor in Afghanistan, accidentally killed him after the base came under an insurgent attack in June 2012 and that the military has done everything in its power to keep the truth from emerging.

In response to multiple FOIA requests, she has been repeatedly told by the Army that no documents exist which contain references to her husband. However, a more recent FOIA sent to the Air Force contends that responsive documents are “classified.”

After returning from the inauguration of President Trump, Mrs. Boyle contacted the FOIA office of the United States Air Force asking the exact date the executive orders were signed which “classified” the reports about her husband’s death.  At that time she also asked at what level the documents were “classified” – top secret, secret, or confidential.  Within several hours of submitting her request Mrs. Boyle received a response that her original appeal to her previous FOIA request to the Secretary of the Air Force was reopened.

In another case involving the military, a U.S. Army soldier‘s report of sexual assault and identity theft in 2013 has inexplicably not been investigated by the Army or the local police allegedly having jurisdiction.  The soldier’s power of attorney has reported subsequent harassment from the soldier’s chain of command; the refusal of his physician to document the alleged assault and provide appropriate support services;  and more recently, tens of thousands of dollars stolen from the soldier’s Navy Federal Credit Union (NFCU) account apparently without Navy Federal’s having detected it, at least initially.

Beginning last summer, the POA reported that one of her email accounts was breached, along with her work and home computers and children’s bank accounts.  Shortly thereafter, more than a dozen computers and IPhones of a family member involved in advocating for the soldier were successively disabled.  Other crimes have been alleged which the POA believes were perpetrated by an intruder using taxpayer-funded government equipment and technology.

Mrs. Boyle has stated that she has felt her computers, phone and security systems have been breached for some time.  ‘There is no doubt in my mind that every keystroke on my computer is being watched.  The very company my husband worked for, namely L-3 Communications, does cyber-security for several government entities.  One would be silly to think the technology to do this does not exist.  We are all being recorded – some more so than others,” she said.

One Response to "Is the U.S. Government Spying on Late Civilian Contractor’s Widow?"