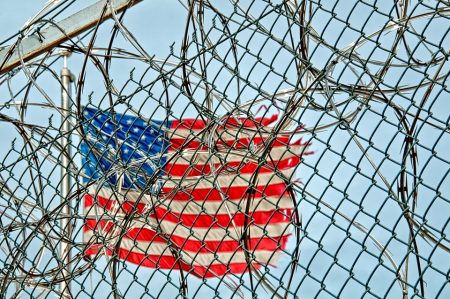 (Feb. 1, 2017) — On January 24, The Post & Email anonymously published a letter from an inmate alleging delayed medical care followed by a suicide attempt after being left in a shower stall for two days.

The inmate reported that out of desperation, he assaulted a correction officer with the sole purpose of being relocated out of the Trousdale Turner Correctional Center (TTCC) in Hartsville, TN.

At the time of its report, The Post & Email indicated that it had taken specific action given the gravity of the claims made by the letter’s author.

TTCC is owned and operated by CoreCivic, formerly Corrections Corporation of America (CCA), based in Nashville. On January 22, a guest editorial was posted in the Knoxville News Sentinel penned by CoreCivic Chief Corrections Officer and Executive Vice President Harley Lappin defending the company’s record of reportedly providing safe prison facilities at lower cost and with greater efficiency than government-run prisons.

On January 28, the Sentinel published a column with an opposing view written by Alex Friedmann of Prison Legal News in which he cited several examples of alleged negligence and malfeasance on the part of then-CCA employees in Tennessee and Idaho.

The Idaho case is a matter of public record.

Since last May, The Post & Email has published dozens of letters from TTCC inmates alleging nightmarish conditions perpetrated by gang members, a lack of correction officers, the implementation of the “Tier Management” system with minimum-security prisoners, falsified records, and the alleged failure of medical personnel to administer prescription medications.

In the past, Taylor has claimed that the information The Post & Email has received from inmates and their relatives about prison conditions is “inaccurate.”

In the past, CoreCivic spokesman Jonathan Burns has declined to respond to our requests for comment, while TTCC Warden Blair Leibach is unreachable by the media. According to a number of inmate relatives, they, too, are unable to reach Leibach or anyone else in authority.

On Tuesday evening, we additionally sent Taylor a link to an article published that afternoon from an inmate missing a limb with the explanation that the scanned letter which we attempted to send first exceeded the TDOC’s allowance for attachments and was returned to us.  When she requested the inmate’s identity and TDOC number, we promptly provided it.

We will publish any response which we receive.

I read with interest your January 22, 2017 column in the Knoxville News Sentinel defending your company’s record of providing a safe and secure environment for inmates as well as “educational, vocational and faith-based programming” with the purpose of successfully returning inmates to the outside world.

In your column, you specifically mentioned the Trousdale Turner Correctional Center (TTCC) in Hartsville, which opened just one year ago.

Over the last nine months, I have received literally scores of letters from TTCC inmates describing a house of horrors with severely insufficient staffing; lockdown of up to 23 hours daily; virtually no educational or employment opportunities; poor food, including peanut butter and jelly or bologna sandwiches for breakfast; very restrictive visitation periods, unexplained inmate deaths; uncontrolled gang activity, and assaults on both inmates and correction officers.

When the letters began arriving last May, I immediately contacted your spokesman, Jonathan Burns, for comment, who chose not to respond to any of my several attempts. I was also unsuccessful in reaching anyone through the former CCA website.

I have enclosed a letter received today which to me is the most alarming of any I have received to date from either inmates or their distraught relatives. Due to its nature, it is incumbent upon me to report it to someone in authority.

Because so many fear retaliation on the part of the TDOC, I have not divulged the inmate’s name, but I am requesting an executive-level response to what appears to be not only an egregious violation of TDOC rules and regulations, but also a failure on a human-rights level to provide even the most basic level of care.

In your column you cited overcrowding in Tennessee’s prisons which I believe I can partly explain.  Because the state’s “justice” system is entirely corrupt, the courts jail anyone and everyone who they decide they dislike or against whom they harbor a vendetta. I say this with complete authority following more than seven years of research and reporting on the subject.  The courts are completely lawless.

With judicially-manipulated grand juries and trial juries, no defendant receives a fair trial. Evidence is often completely contrived. Prosecutors, defense attorneys and judges all benefit while defendants are convicted and shut away for years at the mercy of their jailers, many of whom I am told take out their frustrations on the inmates in very physical ways.

You are welcome to read any of the myriad articles I have written over the last two years about conditions in Tennessee’s prisons. Many of the letters received from inmates are posted in part or in their entirety. If you are able to credibly refute, with documentation, any of the claims made, I will be happy to issue a correction or retraction on every single one.

I look forward to receiving a response from you on this life-and-death matter.