“ALL FOR THE COMMON GOOD” 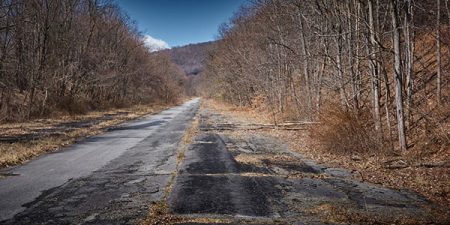 (Jan. 31, 2017) — President Trump is calling for a major new investment for rebuilding the nation’s infrastructure of highways, bridges and more. There is no question that it needs to be done. However, it’s vitally important that local, state and federal government agencies avoid calls to fund this massive effort through so-called Public/Private Partnerships (PPPs). Local officials must understand that there is a vast difference between calls for a competitive biding process to select private companies for the projects versus an actual partnership with government.

During the first years of the Clinton Administration in the early 1990s, there was much fanfare about a new policy to “reinvent government.” It was sold as a way to make government more efficient and less costly. It would, said its proponents, “bring business technologies to public service.” In addition, the promise was that the new way would bring in private money to programs and projects, rather than tax dollars.

Pro-business, anti-big-government conservatives and libertarians were intrigued. The backbone of the plan was a call for “public/private partnerships.” Now that sounded like their kind of program. Government, they said, would finally tap the tremendous power of the entrepreneurial process and the force of the free market into making government more effective and efficient. It sounded so revolutionary and so American.

There are certain areas where private business contracts do jobs such as running school cafeterias through a competitive biding system. That type of arrangement certainly does serve the taxpayers, encourages innovation and provides better service. That, however, is not how Public/Private Partnerships work.

Today that Clinton-led “reinvention” has revealed itself to be the policy known as Sustainable Development, which in reality is much more government operating through a top-down managed society. Sustainable Development policy calls for population control; development control; technology control and resource control. It is a direct assault on private property ownership and single-family homes. It is the root of massive reorganization of American cities known as Smart Growth. It’s all tied to a specific agenda with a predetermined outcome. To enforce the Sustainable policies proponents have worked hard to recruit private international corporations to work directly with them to promote the policies through the creation of Public/Private Partnerships.

It is little understood by the general public how Public/Private Partnerships are actually used, not as a way to diminish the size of government, but in fact, to increase government’s power. In truth, many PPPs are nothing more than government-sanctioned monopolies. These privileged few businesses are granted special favors like tax breaks, free use of eminent domain, non-compete clauses in government contracts, and specific guarantees of return on their investments. That means the companies, in partnership with the government, can fix their prices, charging beyond what the market demands. They can use their relationship with government to put competition out of business. This is not free enterprise, nor is it government controlled by the people.

A private developer, which has entered into a Public/Private Partnership with government, for example, can now obtain the power of eminent domain to build on land not open to its competitors. The fact is governments in partnership with private developers simply considers all property to be their common domain, to be used as they desire under the excuse of some undefined common good. For example, a lower middle class neighborhood with a hundred small homes on quarter acre lots can be torn down and replaced with an upscale high-rise development. This gives builders, developers and the real estate industry new products to market. The new building will also generate more tax dollars for the community, thereby benefiting the “common good.” All will seem to benefit with the exception of the original property owners who were pushed out and displaced – all for the common good. That’s how PPP’s are sold as a positive for the community. But other citizens are losers too as voters lose control of their government.