What Does One Do When No One Will Listen? 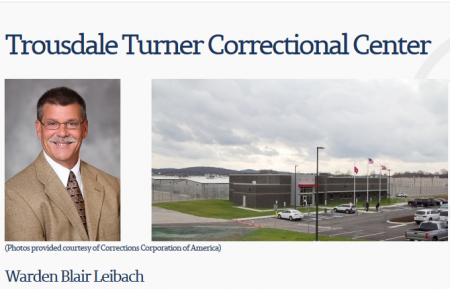 (Jan. 24, 2017) — On Tuesday, The Post & Email received the following highly distressing letter from an inmate at the Trousdale Turner Correctional Center (TTCC) in Hartsville, TN. Upon reading it, we put aside all other priorities and took definitive action which will be reported at a slightly later date.

Operated by CoreCivic, the facility had been open for only a few months when The Post & Email began receiving letters describing draconian and dangerous conditions.

Some of the letters have been shared electronically with Tennessee Department of Correction (TDOC) spokeswoman Neysa Taylor.  Of those, most have received no response or the claim that the information conveyed in the letters is “inaccurate.”  Taylor did, however, state that the TDOC provides “daily” oversight of TTCC.

In this publication’s experience, TTCC Warden Blair Leibach is unreachable by phone.  Numerous inmates, including the author of the letter below, have reported completing formal grievance documents but receiving no response over weeks or months.

In a January 22 guest editorial, a CoreCivic officer defended the company’s work in Tennessee and other states.  “…in Tennessee, prisons and jails across our state are over capacity. Solutions like our new Trousdale Turner Correctional Facility provide a way to safely and appropriately house inmates and get them the type of educational, vocational and faith-based programming that we know helps prepare them for success after prison,” wrote Harley Lappin, CoreCivic’s Chief Corrections Officer and Executive Vice President.

“With Tennessee and all our government partners, we are subject to strict oversight and accountability measures by hundreds of on-site government monitors and more than 1,500 formal audits over the past year alone, ensuring that problems are identified and quickly addressed,” Lappin maintained.

The following letter does not mention gang activity, frequent lockdowns, or cold food, some of the most common complaints appearing in communications received from both inmates and their concerned relatives over the last nine months.  Rather, it describes a desperation arising from a medical crisis, subsequent mental-health event, and the inmate’s final act reportedly carried out with the expectation that he would be moved from TTCC.  “I decided I had to get away from TTCC even it if ment [sic] going to MAX,” he wrote on page 3. 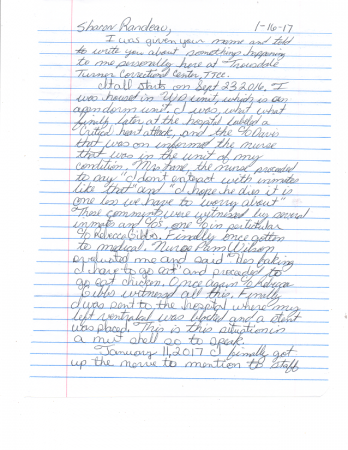 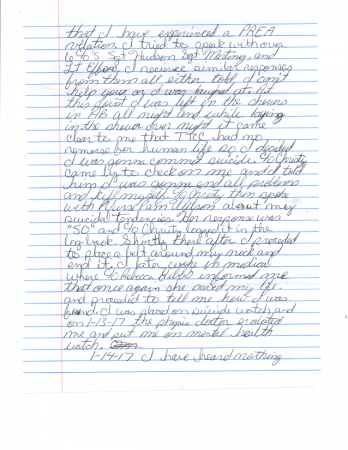 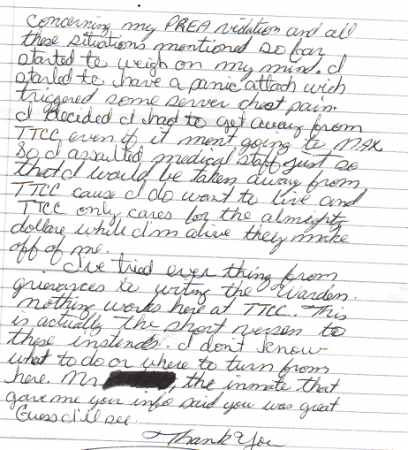