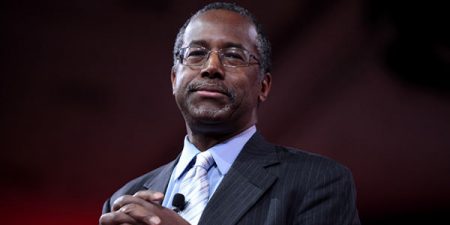 (Jan. 23, 2017) — After twenty-four years of a relentless drive for centralized government power through Clinton, Bush and Obama, finally there is a chance to roll back some of the destruction to our Republic.  Donald Trump has an historic opportunity to fulfill his promise to “drain the swamp,” meaning getting rid of the corruption, the power grabs, and the disregard for Constitutional law.

It’s vital to understand that federal agencies are basically operating without oversight, free to create thousands of rules and regulations that become the force of law. These rules come complete with threats of legal action and intimidation. Much of this enforcement is done behind the scenes, away from the public eye. But the result can destroy property, business, and lives.

To take effective action against this situation and fulfill on his promise, President Trump must set a very specific priority for federal policy:

1. Assure the complete protection of private property rights for every American.

2. Immediately begin the process of reigning in the power, over reach, and illegal policies of every federal agency. One of the worst offenders of federal overreach and intimidation is fully represented in the day to day operations of the agency for Housing and Urban Development (HUD.)

HUD pretends to be the agency that represents low income citizens to assure they have “fair housing” choices and are protected from discrimination. In reality HUD’s policies do massive damage to the poor and steal away their ability to improve their station. After years of HUD intervention in development policy, the net result is more poor, bigger ghettos and less hope of improvement.

If President Trump intends to end poverty and help rebuild American wealth and restore the hopes and dreams of the poor and middle class, then private property ownership is the single most effective way to achieve it. Welfare and government programs will not do it. The poor simply have no avenue available to build personal wealth. All that is provided to them is a routine government handout which assures lifelong servitude to the government.

Right now HUD is enforcing a program called Affirmatively Furthering Fair Housing (AFFH) to destroy the property rights and property values of the middle class in communities across the nation. In the campaign candidate Trump promised to end this program. Now he must do it!

HUD is using the program for pure social engineering to change the very culture of the nation, and destroy the concept of property ownership. In the process, AFFH is using law suits and intimidation to destroy the founder’s concept of local rule in communities by taking away their freedom of self determination and development.

Now Trump has appointed Dr. Ben Carson as the new HUD Secretary. Many say he’s not qualified to run such a massive agency. Does he understand the problems he faces with this agency’s unrelenting assault on property rights and local home rule? What must he do to reign in this renegade agency?  Here are a few immediate steps Carson can take to stop this assault on property owners and local communities, while actually helping the poor.

First. Stop the grants. HUD and other agencies dangle federal money in front of local communities as a trap to force them to impose the HUD policies. These grants come with specific strings attached that make the communities spend more money and create more rules and regulations. The end result is that local rule is compromised, property rights and values are destroyed and cities are eventually transformed into politically correct, environmentally propagandized stack and pack utopian nightmares.

To help curb this federal assault on local communities Dr. Carson must greatly diminish availability of grant programs and make sure the remaining programs are written in precise, straight forward language clearly outlining the rules for use of the grant.

Second. Stop the drive for the establishment of regional non-elected governments. They force on communities a “one-size-fits all” approach and take government further from the people. Only the representatives chosen by the people should make policy for the community.

Under AFFH rules, HUD is automatically placing communities into specific regions and enforcing a once size fits all policy. Many times local officials are not even informed that they are placed in such regions. Regionalism is the most effective tool for  controlling private property, using rules and regulations from a ruling body no one voted for and no one can challenge or questions its policies.

Third. Work with Congress to write specific legislation that limits the Agency’s ability to create regulations beyond the intended scope of the programs. Over the years Congress has deliberately written legislation in near neutral language, leaving it up to the agencies to make their own rules. This failure to define exactly the meaning and intent of the legislation has allowed the bureaucracy to impose hundreds of thousands of rules and regulations that help to destroy the economy while building the power of the agency.

Fourth. Encourage whistleblowers to report on bad policy inside the agency. Who knows the situation better? Allow them to speak. Reward them for new, workable ideas for cutting costs and streamlining agency practices. Everyone knows that the federal bureaucracy is a mess in inefficiency, overreach and waste. The agency should be rewarded for cutting its budget rather than engaging in the annual “spend it or lose it derby” that encourages waste and spending to avoid budget cuts.

Cut the HUD budget to a point that it can only conduct the programs intended, thereby stopping its over reach, using congressional oversight to assure it remains under control.

Fifth. Move immediately to close down the Affirmatively Furthering Fair Housing Rule. Federal agencies are to be of assistance to local communities, not a threat. Under AFFH law suits are becoming a way of life for local officials. It is the very definition of tyranny from the federal juggernaut. If Donald Trump wants to drain the swamp, AFFH is the number one alligator to be eliminated. Senator Mike Lee of Utah has already introduced legislation to de-fund it. He is ready, willing and able to work with Secretary Carson to get it done.

These guidelines are a good start and should be Carson’s goal for the first 100 days. Then he might want to consider starting a serious effort to eventually abolish HUD completely. It’s a socialist dinosaur and a threat to limited government in a free America.