THE ASSAULT OF TRUTH IS ON THE ORIGINAL 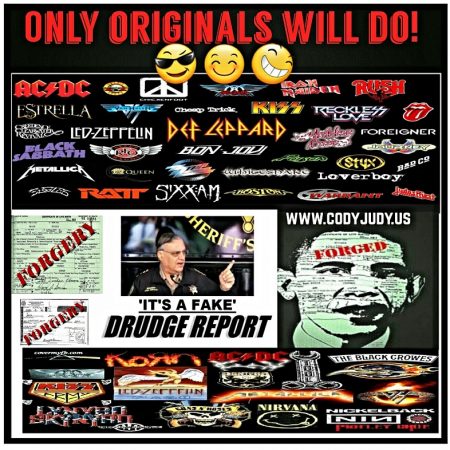 (Jan. 17, 2017) — Why have we been inundated with the “Fake News” Phenomenon? It seems almost strange based upon the consequences of the 2016 Election. All the predictions, polls, and pundit prophesies were stacked in on a Big Win for Hillary Clinton balanced with heels of cheep gas and the neo-fascist populism of Barack Obama. Donald Trump pulled off what Politico and in NFL Terms would be considered the Biggest Upset in World History. The result was a shaking of not so much Fake News, but of the Main Stream News not having the power it once did, and in the vacuum trying to make some sense or label the interception of the public trust that won the Electoral College Super Bowl.

Of course it’s like them to deflect the fault or any responsibility. Being accredited with False or Fake News is a death-knell to journalism.

Even interpretations from Nostradamus got in on the action –  [The Masculine woman will exert herself to the north She will annoy nearly all of Europe and the rest of the world Two failures will put her in such an imbalance That both life and death will strengthen eastern Europe] The interpreter figured Hillary Clinton as the “Masculine Women,” where perhaps Lady Liberty may have provided a broader, safer stroke of the prediction.

I thought it would be interesting to find out exactly what “Fake News” constituted before I went any further. A story by Amol Rajan authored at the BBC News was intriguing with three types or categories that you may not have even expected. I found them satisfying especially given the Fake News Category labeled the third kind which I find fits best for those who like to deny Obama’s Long Form Birth Certificate is not an original constantly withstanding the three Press Conferences and Reports of Sheriff Joe Arpaio’s Cold Case Posse headed up by experienced detectives and show casing experts in forensic documents that the mainstream news seems unable and unwilling to digest and report.

[Nor am I under any obligation to be impartial about truth, as against lies. The possibility of truth is a necessary condition for democracy.
Fake news is an assault on truth. Therefore it behoves all right-thinking journalists to combat fake news.

Fake News – An assault upon Truth
It seems the Main Stream Media rather than accept any responsibility was ready to accredit Blogs as Tabloids rather than The New York Times or Washington Post. Mrs. Clinton observed hardily that Fake News had run over Main Stream News and should be silenced. That to me was the biggest assault upon the 1st Amendment by a Democrat I’ve every witnessed. By no means let me take away from Obama’s Fraud in what amounted to selling the Lie as Truth.
It’s interesting that those of us who have been involved personally with Obama’s Ineligibility have been screaming COVER UP! or Fake News, for so many years and now they have joined the our chorus with no substantial assertions accept the Election of 2016, the infiltration of  the DNC, and Podesta emails that they screamed were invasions of privacy rather than ‘made-up’?
What we have seen is a revelation of truth, obtained by the ten-finger discount, but it does not substantiate ‘Fake News’ definitions of even stalwart Fake News authorities. No they didn’t deny having the truth mined out from underneath them? The truth they didn’t want us to know?
Those facts relate the tale of the original cover-up, or Air-Concert lip-sung by the Politico Imitators posing as an authentic, long-haired 1970-90’s Rock Bands – duplication is impossible and inauthentic hurts the senses rather than blasts the hairs of the ear drum.
How can we possible imagine our favorite Rock Bands Legacies flailed in cheap tricks of Air-Bands and pawned as Originals. Do you think selling Van Halen, 38 Special, Motley Crue, Scorpion, Rat, ACDC, Boston and White Snake to the ears of fans in a hawk of a massive going-out-of-business sale is something you could get away with and not get busted? Really?
Yet, this is what is happening with the Main Stream News Media as they assail the truth of Obama’s fabricated forgery pawned as an original identity when Law Enforcement Investigation has proven otherwise by some pretty respectable professionals.
Read the rest here.

One Response to "Understanding the Fake News Phenomenon"