(Jan. 15, 2017) — Like numerous others before him, an inmate relatively new to the Trousdale Turner Correctional Center (TTCC) in Hartsville, TN has told The Post & Email that privately-run prisons in the state are dominated by gang members and highly dangerous to non-members. “There is no security for people like me just trying to do time,” he wrote.

TTCC is owned and operated by CoreCivic, formerly known as CCA, which runs three other Tennessee prisons, including the inmate’s previous facility in Whiteville, TN. Of his time there, the inmate wrote, “I was exstorted [sic] at Whiteville + was scared for my life + I tried to get the officers + staff to help + they just put me back on the compound. They refused to give me protection. While I was moved around at Whiteville, I seen just how many gang members that worked at the facility that was on the payroll!”

A report aired in December 2015 by WSMV Channel 4 states that the Tennessee Department of Correction (TDOC) has accepted gang members into its ranks through its cadet training program, a claim supported by email communications among TDOC employees and a former instructor.

In the video portion of the report, the former instructor, who was “terminated” for allegedly having a relationship with a trainee, a claim she denies, mentioned that bringing in “contraband” is a goal of gang members seeking to become correction officers (4:19).

The inmate whose letter is featured below is not the first to report that gang members essentially control daily life at TTCC.  While Taylor has called The Post & Email’s reportage of TTCC conditions based on firsthand accounts “inaccurate,” letters from new inmates making the same claims as to gang activity and short-staffing at TTCC continue to arrive on a weekly basis.

“I’ve seen alot + thats why they moved me,” the TTCC inmate wrote.  “They have the gangs in C.C.A. all cliqued together because they are scared of them. Most of the guards are women. I’ve seen them bring in drugs, Heroin, Pot, Xanax cocaine, soboxin and It’s Flooded in C.C.A. because that’s how they make their money.”

Deeply-seated problems have also been reported at Tennessee’s state-run prisons, of which there are ten, although the TDOC provides oversight to CoreCivic’s institutions as well.

In 2013, WSMV released a report showing that its I-Team found inmates in 14 prisons, the total number of prisons in Tennessee including those privately-run, with internet and Facebook access and claiming to be using drugs.  “There was no hiding the fact they had phones,” I-Team reporter Jeremy Finley said during the broadcast.  When confronted with the evidence, then-TDOC Assistant Commissioner Tony Parker blamed it on a “nationwide problem.”

The report focused on the inmates’ use of banned items, termed “contraband,” but not the means by which the contraband was procured.

The Post & Email has removed identifying elements of the inmate’s letter. 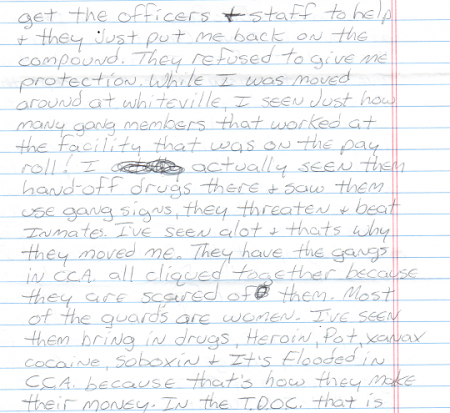 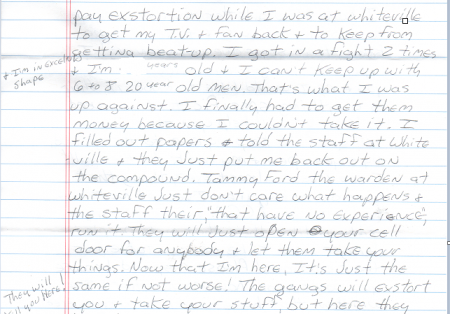 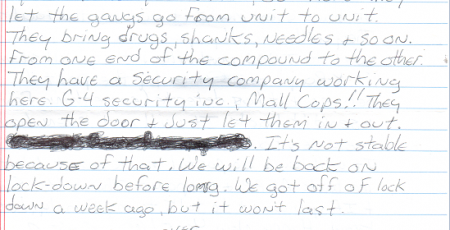 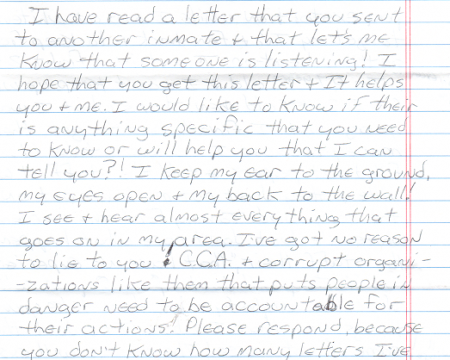