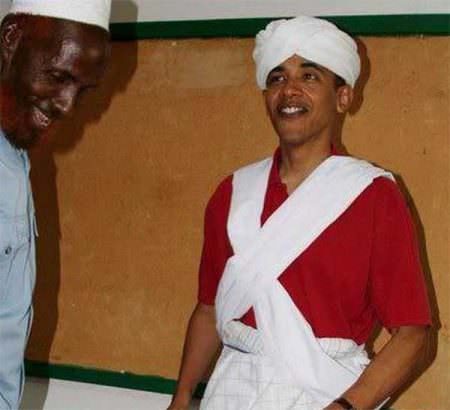 (Jan. 9, 2017) —  For eight years Obama failed to condemn the genocide perpetrated by Al Qaeda, ISIS, and members of the Muslim Brotherhood (MB) who continued to butcher over 200,000 Syrian and Assyrian Christians.  Current media reports state Obama is trying to salvage, what he calls “His Legacy.”  Obama will never be able to salvage “His Legacy” because he turned a blind eye to the genocide that Al Qaeda, ISIS Radical Islamic Terrorists, and members of the MB perpetrated against Syrian and Assyrian Christians.  Obama repeatedly ignored pleas by 56 US Congressmen, on both sides of the aisle, to provide Christians families with small arms weapons to protect themselves.

Al Qaeda, ISIS, and the MB crucified Christians, beheaded them, burned them alive, drowned them in cages, buried them alive, cut small children’s bodies in two, forced men to kneel in order to shoot them behind the head, and threw Christians from high buildings to their deaths.  In the last 2 years, ISIS has perpetrated 143 “Radical Islamic Terrorists” attacks in 29 countries, murdering 2043 people in “Hate Crimes” and “Crimes Against Humanity”; those murderous acts were executed to prevent Christians from exercising their “Freedom of Religion.”

While Obama was ignoring the genocide in the Middle East, he minimized the 93 “Radical Islamic Terrorist” attacks in the United States (two-thirds of those attacks occurred in the last four years).  Yet for eight years, Obama refused to allow personnel in the White House, the National Security Agency, the CIA, the FBI, Department of Defense, the Justice Department, 17 Intelligence Agencies, the US Armed Forces, and the State Department to properly identify terrorists killing Americans, as “Radical Islamic Terrorists” nor did he allow Government Agencies to associate ISIS, MB, MB front groups, or Al Qaeda with Islam.

House Speaker Paul Ryan called Obama’s failure to protect persecuted Christians “abysmal.” He said Obama has had a distinct disinterest in including “Religious Freedom” and the “Genocide of Christians,”  among his foreign policy priorities.  Obama even left the State Department’s Office of International Religious Freedom vacant for nearly two years.

On September 30th, the New York Times reported on a leaked recording of Secretary of State John Kerry conversing with leaders of the Syrian opposition fighting Syria’s President, Bashar al-Assad.  It cast light on Obama’s “Laissez Faire” attitude toward ISIS, and his continued minimization of the strength of the ISIS, which he referred to as a “JV Team”.

In 2012, Kerry indicated that Obama believed that allowing ISIS to grow in strength and receive weapons delivered from Libya would serve his objective of helping oust Syria’s President, Bashar Assad, without the need to employ US Military combat personnel on the ground.  WikiLeaks emails back up Turkish President Erdogen’s assertion that the US has given support to terror groups, including ISIS in Syria.

According to the New York Times report on Kerry’s conversation with Assad’s Syrian opposition, Obama did not calculate that Assad would turn to Russia for military support, making ISIS’s opposition to his regime irrelevant.   During the period when Obama was hoping ISIS would oppose Assad, ISIS genocide against Christians increased; Obama turned a blind eye to ISIS’s genocide and the rapid growth of ISIS from several thousand terrorists, to an multi-national trained force of over 50,000 “Radical Islamic Terrorists.”

Obama tried to minimize and ignore the growth in strength of what he called the ISIS “JV Team”.  Obama’s continued minimization of ISIS resulted in 50 frustrated Central Command Intelligence Analyst co-signing a letter, protesting the fact that they were being pressured by Generals to produce intelligence reports that underestimate the true strength of ISIS and the danger ISIS’ Islamic State posed in the Middle East. Those Generals were, being pressured by their superiors in the Pentagon, to go along with Obama’s underestimated strength of ISIS.

In the last eight years, while Obama occupied the Oval Office, ISIS easily grew rapidly because there were no longer a US Military force in Iraq, and it spread its tentacles into 29 countries, perpetrating over 8986 murders worldwide (1123/year), as well as the genocide of 200,000 Syrian and Assyrian Christians.  In the previous 27 years Radical Islamic Terrorist murdered 4278 people worldwide (158/year).

In a 2013 Congressional hearings, evidence was presented from DIA intelligence reports that from 2011-2012, US Libyan Ambassador Christopher Stevens was shipping weapons from deposed Libyan Ruler Muammar Gaddafi’s armory.  Tons of weapons were being shipped from the port of Benghazi to Syria via Turkish ports, then on to the Muslim Brotherhood, Al Qaeda, and ISIS Radical Islamic Terrorists, who were opposing Bashar al-Assad.

An April 22, 2014 report entitled, “How America Changed Sides in the War On Terror”, identified Hakim Belhaj, as a key Al Qaeda operative, was known Libyan terrorist who the European Union banned, and who was identified as the principal organizer of the Radical Islamic Terrorist attack on the US Mission in Benghazi on September 11, 2011, played a major role in moving Gaddafi’s weapons from US Ambassador Chris Stevens to the Muslim Brotherhood, Al Qaeda, and ISIS in Syria.

The below listed comments and acts by Obama, reveals his state of mind, and why for 8 years, he refused to properly identify the terrorists killing Americans as “Radical Islamic Terrorists,” why he referred to ISIS as a “JV Team”, and why he refused to authorized the bombing of the Islamic State’s Capital of Raqqa (the Joint Chiefs recommended the strike, in order to decapitate the Islamic State’s leadership):

2)    Obama wrote that in the event of a conflict—“I will stand with the Muslims.”

3)    Obama refused to label the Ft Hood shooter who yelled “Allah Akbar” while he was killing 13 US soldiers as a “Terrorist.”

5)    Obama exempted Muslims in the US from fines that Christians and Jews were forced to pay for, for not signing up for Obamacare.

7)    Obama refused to join world leaders in Paris after the Paris massacres, to show US solidarity against “Radical Islamic Terrorists.”

8)    Obama ordered Georgetown and Notre Dame to cover up all vestiges of Christianity before he would agree to speak there.

9)    Obama freed 195 of the 240 most dangerous detainees in GITMO; 30% returned to combat and are killing US Military personnel.

12)   Obama was the first US President in 240 years who refused to send a Christmas greeting from the White House.

13)   Obama had the Department of Education install mandatory Arabic language and Muslim Religious studies in the nation’s grammar schools.

14)   Obama said NASA’s “Foremost Mission” would be to develop an outreach to Muslim communities.

16)   Obama followed the Muslim custom of not wearing any jewelry (rings/watches) for 8 years during Ramadan.

17)   Obama said the Muslim call to worship is “The most beautiful sound on earth.”

Millions of unprotected Assyrian Christians living in their ancient ancestral homeland of Mesopotamia, on the Plains of Nineveh, and Syrian Christians living in Syria who have practiced their religion since Christ walked the surface of the earth, were butchered by Al Qaeda, ISIS, and members of the Muslim Brotherhood, while Obama ignored their repeated requests for small arms for the defense of their families.

Despite the repeated petitions by 56 U.S. Congressmen from both sides of the aisle who pleaded with Obama to provide Syrian and Assyrian Christians with self-defensive small arms weapons to protect their families from the ongoing genocide by ISIS, Obama refused to authorize self-defensive aid.  At the same time, Obama was accepting over 900,000 Middle East Muslim refugees, he refused to accept any of the over 300,000 Middle East Christian refugees who fled from the genocide by “Radical Islamic Terrorists.”

The U.S. Congress must terminate all funding for the UN Middle East and African “Muslin Only” Refugee Program, run by Muslims in the UN—it has been discriminating against Christian Refugees for the last 8 years, and is an ongoing violation of “Freedom of Religion” and U.S. law.

While the genocide of Christians in the Middle East continued, Obama brought in over 900,000 Middle East and African Muslin Refugees into the US, thru the UN Refugee Relief Program.  They were settled in 187 cities throughout the US, at a cost of billions of US tax payer dollars, while Obama prevented the FBI from determining if they had terrorist ties.  Obama refused to inform local and state elected government officials, and Federal, State, and Local Law Enforcement Officers where those Middle East and African Muslim refugees were resettled.

For eight years, the “Republican” and “Democratic” leaders in Congress, worked closely with Obama and the US Chamber of Commerce to ensure the wide open southern border remained open.  For those 8 years “Radical Islamic Terrorists”. who have set up terrorist training camps just south of the US/Mexican border, were able to simply walk into the United States thru that wide open southern border.

Despite the 180 arrests, there have been 93 ISIS Radical Islamic Terrorist attacks within the United States by Muslim Refugees from the Middle East and Africa and/or from their off springs; two-thirds of those attacks occurred in the last four years.  Those attacks and threats of attacks have been covered up by the left of center liberal media establishment working very closely with the Muslim Brotherhood, the Muslim Brotherhood Front Groups, and the Obama administration. The attachment details many, but not all of those “Radical Islamic Terrorist” attacks initiated in the United States, that resulted in the death of hundreds of Americans Citizens on US soil.

Please review the below listed article to fully understand the “Step by Step” procedure Obama and Hillary Clinton followed to incubate ISIS “Radical Islamic Terrorists”, that allowed ISIS to grow and gain in strength.

His Legacy: Ignoring The Genocide Of Christians Over An Eight-Year Period added on Monday, January 9, 2017

2 Responses to "His Legacy: Ignoring The Genocide Of Christians Over An Eight-Year Period"