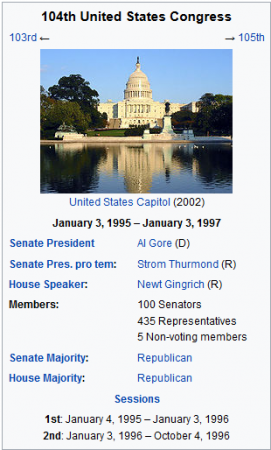 (Jan. 8, 2017) — In 1996, Congress passed a law which included the requirement that any applicant seeking a fishing, marriage, driver’s, occupational, or any other professional license must provide his or her Social Security number.  Likewise, the Social Security number of anyone obtaining a divorce or child-support order was required to be recorded.

Banks were required to enable the Federal Parent Locator Service to match non-custodial parents with overdue child-support payments by maintaining Social Security numbers on file along with such other information as address and taxpayer identification number if the individual owned a business.

The law states that even upon a person’s death, his or her Social Security number must “be placed in the records relating to the death and be recorded on the death certificate.”

Primarily focused on child-support enforcement and paternity, the law is sometimes colloquially called the “Deadbeat Dads” Act.  Numbered 42 USC 666, some believe it denotes, in Biblical terms, “the mark of the beast.”

Another law passed that year, the “Personal Responsibility and Work Opportunity Reconciliation Act of 1996,” also known as “Welfare Reform,” required every employer to report all “new hires” in an effort to identify any non-custodial parents for child-support payment purposes.

Unbeknownst to many Americans, some “new hire reporting programs” in the U.S. are operated by a private company named “Maximus.”

In an interview with Tennessee citizen, constitutional scholar and ordained minister June Griffin last week, The Post & Email learned that the Tennessee Department of Safety & Homeland Security has, in accordance with 42 USC 666, maintained a policy of denying a license to anyone unwilling to provide a Social Security number on a license application.

The TDSHS website states that Tennessee offers the alternative of presenting a sworn affidavit for those who were never issued Social Security numbers to obtain a driver’s license.

Griffin hosts a Bill of Rights Banquet on December 15 every year to focus on “life, liberty and property” and those who might “need help” on an issue devolving from the Bill of Rights.  In relating a project on which she said she has been working “for a very long time” to expose “bribery,” she told us:

I had retired my Social Security number in 1991 because I wanted to be free to work to get everyone their money back, eventually, in one lump-sum refund, and they would be out. That would include interest. I’ve been working on this for years.  I felt that I wanted God to take care of me in my old age, which He has, and also I wanted to be free to really go after them without people saying, ‘You’re going to get your Social Security, too.’

When that came down, I lost my right to drive.  I then discovered that millions of men fell under the arm of an outfit called Maximus, which is in five countries, and they are in charge of drivers’ licenses in Tennessee, at least. So if a man has child support that he can’t pay, they take his driver’s license and put him in jail.

Maximus’s website describes the company’s activities in the area of child support as “a trusted partner to governments large and small around the world – and nowhere is this more evident than our work in child support. We combine best practices, innovations and staff who are as knowledgeable as they are compassionate with expertise across the full spectrum of child support operations to deliver unparalleled service and outcomes for participants. Our diverse portfolio of services includes business process outsourcing, transaction processing, employer services, contact centers, outreach, training and early intervention programs.”

The company is active in 27 states across the U.S. and in the Canadian province of British Columbia.

So he is incarcerated, and many of these domestic violence cases where they kill the whole family, the man is driven to frustration, having no way to make money under the massive child-custody system.

I know this is happening. There are millions of men who have fallen under this because of Hillary Clinton and her machine, who basically hate men.

“I have heard from two men who were divorced in Tennessee who have said that the system is biased against them.”

Yes, it is.  Formerly, when you filed for divorce, you handled it yourself; the state was not involved.  You would file suit, you would take the man to court, you would get the money directly. But when the feds got involved with domestic cases, the money-handlers all up and down the line helped themselves to that portion.

How can a man work if he can’t drive to work?

Regarding the requirement of a Social Security number, the rig in this bribe was, “If you don’t do this, Tennessee, you will lose your road funds.”  So they do it, and I know this because of testimony from Sen. Ben Atchley, who I talked to at that time.  He said, “If we don’t do this, we lose our road funds.”  That’s the way the Mafia operates.

Fast-forward to now, and we’ve watched this bribery work with mandates.  In last month’s commission meeting in Rhea County, it was proposed that we pass the Americans with Disability Act (ADA), which I warned the county not to do.  I said, “You’re opening the door to sodomy and to the LGBT agenda, ultimately the ‘Bathroom Bill.'”

They said, “Oh, no, this just has to do with ramps and hearing aids and all.”  I said, “No, you are opening this door, and you will be on the brunt end.”  I asked, “Who brought this bill to you?”

“TDOT,” they said, which is the Tennessee Department of Transportation.  So they are the avenue to cut off road funds, and this ADA is incorporated in it.

Back in 2014, I went on the website for the Americans with Disabilities Act under the U.S. Department of Justice, Civil Rights Division, and found a page titled, “Protecting the Rights of Lesbian, Gay, Bisexual, Transgender, and Intersex (LGBTI) Individuals.”

The White House held a conference on July 26, 2014, and the people there were all transgender-type people, super-giddy at the proposal of this going through.  This was, as far as I’m concerned, a celebration by this so-called president that the massive amount of money that would be collected – for housing, medical, every perk that these people could ever hope to collect and make money on – is in this ADA bill.

It is a fact that the ADA offices are listed under TDOT.

“Is the money from the state or federal government?”

The money is federal; TDOT is the handler.  TDOT is under the U.S. Department of Transportation, and when you look at that website, on the lower-right side is “Civil Rights.”

We’re coming to the apex of this:  my right to drive.  I’m getting it into a place where I can file a suit involving all these agencies under Title 18, Section 41:  Conspiracy to deprive of rights.  This is not a civil rights suit.  Title 18 is U.S. Code; it’s old law.  So you can put those people in prison who deprive you of your Bill of Rights.

I have been to every court.  As a matter of fact, in our county, I asked our commissioner two years ago, “Can you get me the right just to drive to work?” So he went to the judge, and the judge said, “If she were a drunk, I could get her a right just to drive the work, but she’s not, so I can’t.”

They don’t put the Social Security number on the face of the license, but you have to provide it on the application.  There are 14 states, I understand, that did not take that “bribe.”

Here’s the thing that is so unjust about this:  The driver’s license has been used as a form of punishment for every Tom, Dick and Harry.  For example, in Tennessee, if you have bad grades, they can pull your license.  There is no equity in that.  In Kentucky, if you do not pay your property tax, they take your driver’s license.

I know it is, but what judge will listen?  I’ve been to every judge and I’ve been in every court.  In Chancery Court, Carol McCrory was the judge, and she sided with the Department of Safety lawyer and laughed me out of court.  It is just the craziest conglomeration of bribes for the grants that come in, because they choke you to death.

I talked to a Tennessee state representative, Mark Pody, recently to say that the only way out of this is to pass a law saying that there will be no penalty for not going along with this.

There’s a huge amount of federal money that goes to states and counties, and they’re all on the bottle now and living off of that.  The threat of losing their road funds is ultimate, but what really got me excited about this this time is that TDOT was the one who sent down the ADA paperwork to the county to pass it.  I said, “TDOT?  Why would they impose this on the county?”  But I understand now.