“PROPERTY AND FREEDOM ARE INSEPARABLE” 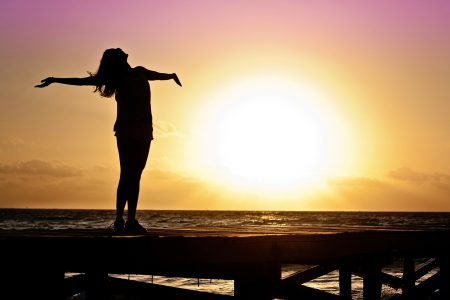 Academics, classroom teachers, newspapers and television, movie stars and the Cultural Arts are seducing our children into believing it is their duty to relinquish their rights for a coveted scrunch into the bloated backseat of the global collective.

Like a crafty Tom Sawyer, who made the drudgery of whitewashing Aunt Polly’s fence so glamorous his friends eagerly surrendered their apples, tadpoles and marbles for the honor, our government persuades Americans that loyalty to fairness, the environment and climate change outweighs their rights over their own property.

Today, the government can uproot and relocate entire low-income families into strange neighborhoods merely by manipulating the value of their vouchers.

Today’s young men and women accept as normal, events that two generations ago would have been the illustrator’s palette for a garish digest of Shocking Tales.

The Director of America’s National Security Agency recently admitted that his group regularly spies on Americans capturing metadata the department may easily translate into a log of your private life.

The government now legally sanctions a 35-year old mentally disturbed adult male, at the flick of his internal identity switch, to glide into the bathroom with 11 your year old daughter.

Practices once represented by colorful explosions of primary outrage are now bleached pastels of tacit acceptance.

Community members working together can stop these violations.  Trump may slow their progress, but we cannot afford to rely on one man.

As the only group instructed to govern the governors, our window is closing.

Not only is our government the driver behind these affronts, it is near the unstoppable stage where it governs its own will.

The House of Representatives, once the “people’s’ house” that reined in government, is now little more than a vestigial structure. Federal agencies issue 18 times as many laws as Congress and remain unanswerable beyond an abused regulatory “comment period” and a limp Congressional Review Act.

As government authority broadens, our children’s futures wither. Its outrageous claims against our property and our lives increasingly demand compliance.

Larry Arnn, President of Hillsdale College, said in a recent speech, that compliance;

“means adapting constantly to changing and complex instructions from central authorities, and it means the employment of specialists to interpret the regulations and make sure others conform.”

That conformity is our children’s future. Unless we teach them the meaning of private property and its relationship to their human rights; unless they learn that government is not their ally, agencies like HUD will socially engineer their tomorrows and programs like Common Core will turn mediocrity and conformity, into social and emotional imperatives.

We have a choice.  We can sit by the lamplight and educate our children.

“The spirit of encroachment tends to consolidate the powers of all the departments in one, and thus to create whatever the form of government, a real despotism.”

Thomas Jefferson warned of a consolidation of federal power in an 1821 letter;

“when all government, domestic and foreign, in little as in great things, shall be drawn to Washington as the centre of all power, it will render powerless the checks provided of one government on another, and will become as venal and oppressive as the government from which we separated.”

Suddenly the rights of people to live where they can afford is “exclusionary.”

When discussed at all, many instructors teach our children that property rights are distinct from human rights. That people have the right to “free speech” and “religion” but the state must have the ability to control property for society’s good.

What is one without the other?  If the government controls the newsprint enabling the editor to share opinions, then they successfully muffle the speech. A government that controls the distance you can drive your automobile controls how you travel, where you live, and how often you visit your distant family.

One United Nations document, agreed to by our own government, goes so far as to suggest that because land is unique and crucial, “it cannot be treated as an ordinary asset and controlled by individuals…”  It continues, “public control of land use is therefore indispensable…”

There is no more elegant dissolution of this absurd despotic idea than James Madison’s essay On Property.

In the words of Arnn, noting the government has grown so large that it is a major factor in every aspect of our society;

“This [government] is the political crisis of our time. No policy question, with the exception of imminent major war, which we do not have right now, can matter so much.”

Placing government in its proper perspective and teaching our children why property and freedom are inseparable are the first steps in clearing their minds of the cultural swamp.

Draining the Cultural Swamp in our Children’s Minds added on Monday, January 2, 2017