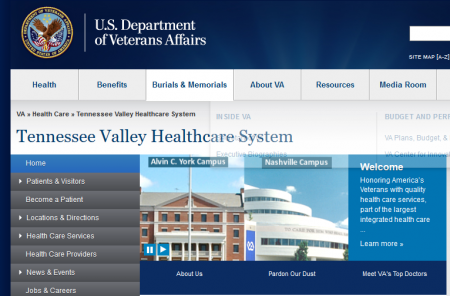 (Jan. 1, 2017) — “Good evening, ladies and gentlemen, and welcome to ‘Pulse of the Nation,’ the show that’s talked about the next day. Hello, I’m your Roving Reporter and will be your host for tonight’s episode. What we do is interview people waiting to board the train. Hello, sir, care to be on ‘Pulse?’”

“I should be asking you that question because you don’t look any too good. What happened?”

“The horror of it all; it’s almost too much for the mind to comprehend. I’m a corporate pilot and we were on our way back from Atlanta when we had a minor malfunction, so rather than taking a chance, we landed in Nashville. Looking back on it, we should’ve taken the chance, I kid you not.”

“That bad? Calm down; have a seat. Here’s some water. Take a deep breath. Can you tell us what happened?”

“It started as soon as we landed and reached our parking area on the ramp in front of the executive hangar. We just shut down when a mechanic came running out of the building and started doing the chicken dance: you know the one, the one they do at Oktoberfests.

“And when I left the plane he came up to me and said, ‘Welcome to Charlotte,’ and then he winked. My co-pilot said it was a secret signal telling me that the drivers of Nashville have become like the drivers of Charlotte, North Carolina, and to take undue care.”

“Ah, for those of our viewers who aren’t familiar about the driving habits of Charlotteans, mind cluing us in?”

“Sure thing: when they see a yellow light they speed up; a red light means to floor it; and when it gets dark they don’t turn on their headlights. Oh, and all the cars in Charlotte have had their directional signals disconnected.”

“Oh, it’s really not as bad as it sounds because at every major intersection they have a tow truck on hand and, when the ambulances aren’t blaring their way to hospitals, they’re parked next to the tow trucks.

“Anyway, back to my story. We met a Vietnam Veteran at the hotel downtown Music City and he told us a most awful VA story. Oh, and he had a dog with him that talked, or at least it seemed to talk.

“Anyway, couple of years ago he had a hernia and the Nashville VA hospital scheduled him for an operation in 6 weeks. So 6 weeks goes by and he calls and is told to wait a little longer. Another couple of weeks passes and he calls again, and then again until a whole year goes by, at which time he almost died. No kidding, so he calls again and is told they’ll ‘put him on the list, but rather than placing his name at the front of this ‘new’ list, they put his name at the end of the list, even though he’s already gone completely through at least 8 lists, you follow me?

“And this is the ‘logic’ of the VA employees who really ticked this Vet off, big-time, and while he was telling us his story the dog was howling. Here, let me play a recording I made for you of his dog.”

“Thank you. You say he almost died? How’d that happen?”

“Well, he said he was home alone. He had the dog, and there was an infection and, well, apparently it was pretty bad. He said the dog howled then, too.”

“Yes, that’s what he said. And then he told us the story of his library in Kingston Springs. You see, he reserved this WiFi gizmo that would allow him to be on the Internet when the sun was shining. He said he lived way back in the mountains, far away from any towers or, really, anything, and that he could connect to the Internet only late at night, you know, when the atmospherics were quiet, but not in the day, when they weren’t.

“So anyway, he reserved this gizmo, and when it was his turn to use it he didn’t get it, so he went down off the mountain to ask why. Oh, sorry, a mistake was made and now your name is on the list. Another month goes by and he asks again. Oh, sorry, it didn’t get on the list after all, but this time we’ll put your name on the list for sure, right there at the bottom, even though we know you’ve been through the list at least four times already; that is, if your name would’ve been on the list in the first place. So there’s your name, right at the last of the list, see?”

“No kidding? Why, you should’ve been put at the top of any list, right?”

“Of course; as any rational person would’ve done it. The complete absence of logic and common sense seems to be very pervasive in what’s known as ‘flyover country,’ with Nashville, Tennessee, being the epicenter of simple-minded people. You know, I used to laugh at the heredity jokes of the Appalachian people, but no longer.

“The very next morning – yesterday — we received the call that our plane was ready and we got out of Dodge as fast as we could. So here I am, back in civilization, and I thank my lucky stars for it. And here’s my train. Bye.”

“Goodbye, and thank you for talking with us. So another Vet could’ve died while waiting for an operation: very sad. I see that our time is up and so, on behalf of the crew, thanks for watching and I’ll be wishing you all a goodnight: Goodnight..

“Gosh, these VA stories never stop, do they? I sure hope Trump fixes it, as I think he will. Hey, burger time: my treat.”