“I THOUGHT OF THE GUYS WHO DIDN’T MAKE IT” 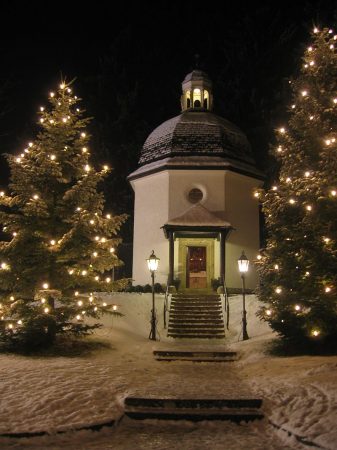 (Dec. 23, 2016) — “Good evening, ladies and gentlemen, and welcome to ‘Pulse of the Nation,’ the evening entertainment show that’s always talked about at the water cooler the next morning. We’re here at the arboretum just west of town, at a skating pond, and, as you can see, we’ve a fire going, and hot dogs and hot chocolate are being served to the skaters. There’s no wind to speak of and the temperature is a comfortable 27 degrees.

“Hello, everyone. I guess you all know know who I am, but if you don’t, my name is Roving Reporter and we’re on television. What we do is just ask people what’s on their minds and sit back and let it flow. Hello, and what might your name be?”

“What’s on your mind these days, Jason?”

“We were just wondering – me and my girlfriend – what the future will hold. We didn’t vote for Trump, but the way the stock market is going up maybe Trump isn’t such a bad thing after all.”

“The talk on the street, Jason, is to get in and get in now. Trucks and heavy equipment and companies that have, or will have, government contracts, especially military contracts, seem to be the best bet. Good luck. And you are?”

“I’m Judy and I heard what you told Jason. I think you’re right because, for the first time in eight years, there’s hope for Western Civilization; at least I hope there is; I think there is. My husband and I just buy gold every month. We’ve been married seven years and we’ve a little nest egg in our safety deposit box. Anyway, there’s more ways to make money besides stocks.”

“Well, talk about playing it safe: diamonds and gold; maybe some silver and platinum. Thanks for talking with us. Moving around the fire we come to an older gentleman. Hello, sir.”

“Hello. Was it you who furnished the dogs and cocoa? Thanks.”

“Oh, you’re welcome, I’m sure. I noticed you staring into the fire: any thoughts, and would you care to share them with us?”

“Oh, I’m not so sure, since this younger generation seems to be anti-just about everything, especially anything that has to do with Patriotism. But you were in the service, I believe.”

“Well, I wore many hats while, eh, deployed.”

“Well, I must say, you hold your cards pretty close to the vest, don’t you?”

“Maybe somewhat; can’t be too careful.”

“So how about sharing some of those thoughts with us?”

“Why not? I was thinking about two Christmases. During the first one I pulled guard, actually a triple, 1600-2000; 2000-2400; 2400-0400. Wasn’t supposed to do that, but the Sergeant of the Guard changed at 2000 and I pretended I just got on myself. Anyway, I remember how clear the night was. I’ve seen photographs by Hubble since then and I swear the sky was just as clear that Christmas Eve back in 1965 in a land far from home.

“The guy who I took over from wanted to call home, but he couldn’t do that from where we were. This was before cell phones and the computer with the Internet and emails, understand? So he had to physically travel quite far, through a perilous journey, but he made it and his wife and kids cried. Every year since then I’ve received Christmas cards from them all — well, him and his wife and the two kids, who aren’t kids anymore, telling me ‘Thank you’ for a Christmas that they say I gave them so long ago. Heck, I didn’t do anything except put my, eh, behind on the line. No big deal.

“The other time I was thinking about was when I stopped off at our neighborhood bar where a bunch of us Veterans used to drink. Christmas Eve it was, snow on the ground, about 9:00 pm. I walked in and there were maybe seven guys at the bar. So I go on in and sit where the bartender already set up a glass of beer for me.

“So we’re all sitting there while the bartender polishes glasses with a towel and the only sounds to be heard is when someone orders another round, ‘I’m ready for another one.’

“The hour hand pushes past 10, then 11. And when the hour hand hits midnight the door bursts open and a ray of sunshine bursts through: it’s Billie and she’s carrying a great big smile, teeth as white as chalk and hair as golden dandelions, carrying a big thick book.

“She walks on up and makes us form a circle with the stools and she starts reading ‘Twas the Night Before Christmas.’  After she finishes the first stanza, she passes the book to her left so the next one of us can read from it, and so it goes, around and around. There was some choking sounds now and then: sometimes beer doesn’t go down as smooth as it should.

“Now all of us guys all served, for real. We weren’t in the back or on the sidelines: we were all the real McCoy. We were all Honorably Discharged and had Good Conduct medals, but all of us did something extraordinary at some time, which just turned out to be almost ordinary all of the time.

“All the services were represented that evening that served in a little no-account war so very far away, and as the last stanza was read she closed the book. She asked me if there was any more to be said, to be done. I said yes there was. I told her about before we were to go into combat the chaplain would have us sing ‘Silent Night.’ And after a USO show ‘Silent Night’ was sung.

“Now let me explain something about USO shows. Me? I was always out of the way; no big-time shows ever came my way that were recorded, let alone filmed. The USO tours that found me were usually made up of a singer, a drummer and a bass player. The biggest audience that I was ever in was maybe 50, and even that’s an exaggeration. So I suggested we sing ‘Silent Night,’ so she had us stand while we sung the song. 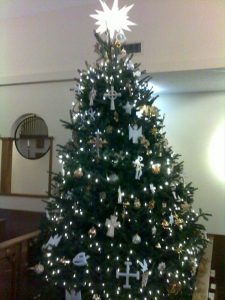 “I thought of the guys who didn’t make it; I thought of what I did, and I thought of the years between the now and the then. I thought of the hours wasted, never to be retrieved, just as a fallen tear is gone forever. I thought of my life and promised to try and do better, not knowing that the scars will never heal: they’re just there: deal with it. And I wasn’t alone in thinking those thoughts, so it was no surprise that after the song was sung we just drifted on home. If there was any eye contact I don’t remember it, except when I expressed my heartfelt thanks to Billie for making such a nondescript Christmas Eve the most memorable of my life.”

“Wow, I think we just heard our very own teleplay. Our time is up for tonight’s show, and I’d like to thank you all for watching. Mr. Vietnam Veteran, care for the honors?”

“Don’t mind if I do, and thank you, Roving; you made an old man very happy. Everybody, please stand with me to sing ‘Silent Night.’