Exclusive: Something Happened at TTCC on Thanksgiving Day 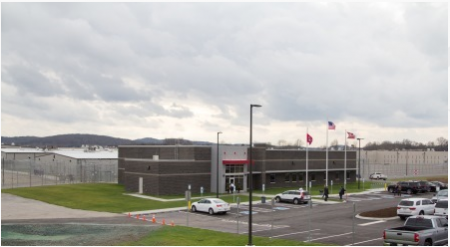 Although privately-run by CoreCivic, formerly Corrections Corporation of America (CCA), Taylor had previously informed us that the TDOC has its own staff on-site “almost daily” providing oversight.  She insisted that the prison is not dangerous, as has been related by dozens of inmates to this publication over the last seven months.

Some of the items inmates have related are unrestrained gang activity, severe understaffing, 23-hour lockdowns most of the time, thefts, beatings at the hands of gang members, a lack of prescribed medications, irregular and cold meals, and a lack of basic hygiene supplies.

On Friday, an inmate’s relative reported that her son had been beaten by a prison guard before he was moved out of TTCC.

Reports of correction officers beating inmates have also come from inmates at TDOC-run facilities such as MCCX and WTSP.

Taylor’s response to us was, “There was no riot on Thanksgiving Day.”

Thanksgiving was November 24, and the memo indicates that Jones visited TTCC, which he refers to as “TTCF,” between November 28 and December 2.

On pages 1 and 2, he referenced “the incident on Thanksgiving” and corrective measures to be taken.

He further noted that “things that I saw as a security concern/life safety issue were address [sic] immediately…Prior to leaving for the day, we were able to move (8) of the inmates that was involved in the incident on Thanksgiving from unit AA to unit AB.”

The Post & Email is gathering more information as to exactly what occurred at TTCC on Thanksgiving Day from eyewitnesses.

CCA has declined to respond to our past requests for comment. Exclusive: Something Happened at TTCC on Thanksgiving Day added on Saturday, December 10, 2016