(Dec. 9, 2016) — A report from CNBC and another at PC World state that a party appearing to emanate from the Department of Homeland Security (DHS) attempted to breach Georgia’s voter registration records, according to Georgia Secretary of State Brian Kemp.

In late August, Kemp rejected an offer from DHS to “attempt to shore up safeguards” to combat “weaknesses across the electoral system” in preparation for the November elections, as reported by Politico.

Kemp had feared that the proposed DHS involvement would lead to the “federalization” of elections over the current system in which each state is responsible for conducting and certifying its own elections.

According to Kemp, the attempted breach occurred one week after the November 8 elections, on November 15.

In November 2013, former NSA and CIA contractor Dennis Montgomery claimed to Maricopa County Sheriff Joseph M. Arpaio that he had evidence that a government entity had breached the email accounts of a number of federal judges, including at least one in Maricopa County, as well as the telephone accounts of Arpaio and several of his attorneys representing him in a civil action filed in 2007.

In early 2014, Arpaio hired Montgomery to work as a confidential informant, which lasted approximately a year, when Judge G. Murray Snow demanded Montgomery’s work product during one of the civil-contempt hearings in the Arpaio case.

Snow was reportedly one of the federal judges whose email account had been breached.  Montgomery further alleged that approximately 150,000 Maricopa County residents’ bank account information had been stolen by a government entity.

While Snow appeared unconcerned that he might have become a “victim” of government spying, he ordered all of Montogmery’s work collected and turned over to him and a monitor he had appointed to provide oversight of the MCSO, a move which stemmed from the civil case in which Arpaio was a defendant.

The Obama regime has further decided to prosecute Arpaio criminally.  An initial hearing originally set for December 6 has been postponed until April.

Through his attorney, Larry Klayman, Montgomery has alleged “unconstitutional and illegal acts by the NSA and CIA, and recently Klayman stated that he believes Director of National Intelligence (DNI) James Clapper’s resignation has an “untold story” behind it driven by Montgomery.  In a November 17 press release, Klayman wrote that Montgomery approached “FBI Director James Comey and his staff and disclosed that Clapper has been involved in additional massive illegal spying on hundreds of judges, including the chief justice of the United States Supreme Court, prominent businessmen and tens of thousands of others.”

Members of Congress have also reportedly been targeted by government spying.

In November 2015, Maricopa County Sheriff’s Office Cold Case Posse investigator Michael Zullo testified that Montgomery had told him that when he was working for the CIA, he was asked to electronically “change Florida voting records to alter redistricting efforts,” according to Courthouse News Service.

On New Year’s Day, well after Montgomery ceased to work as a confidential informant to the MCSO, Klayman wrote in a WND column that Montgomery possessed “explosive information” about the breadth and depth of alleged spying by the NSA “on all Americans under the guise of fighting terrorism” as well as Jewish groups and foreign leaders.

Montgomery reportedly told businessman Tim Blixseth, who related it to Arpaio in a private meeting in 2012, that under the direction of the CIA, he “hacked into all of America” (Fruit of the Poisonous Tree” recording Part 1) but regretted it.  Montgomery reportedly admitted to having obtained information about Blixseth for Blixseth’s wife during the time they were divorcing.

In his conversation with Arpaio, Blixseth said that Montgomery showed him documentation that not only was Blixseth’s information gathered by the government, but also and that Donald Trump was spied upon (10:04). 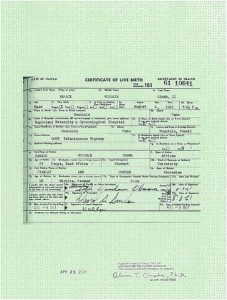 Blixseth additionally presented a theory as to how Obama’s “birth certificate” might have been created or altered.

According to Zullo, who has been the lead investigator of the Cold Case Posse’s five-year investigation of a “long-form” birth certificate image posted on the White House website, Montgomery performed a “forensic analysis” of the image after the posse had already found it to be a “computer-generated forgery” in 2012.

In court testimony on November 13, 2015, Zullo affirmed that Donald Trump had been a victim of spying as evidenced by Montgomery’s work.  Also named as victims were Arpaio; his attorney, Michele Iafrate, Zullo, and Snow.

Although in court hearings, Arpaio indicated that Montgomery’s credibility was in question, Zullo stated publicly that “Montgomery did have some things.”

Zullo additionally told the court that he and Arpaio devised a plan to convince Montgomery to bring his information to the FBI, with whom Montgomery eventually met and from whom he was granted both production and testimonial immunity in two separate agreements.

The third and final press conference on the birth certificate investigation is scheduled for December 15 at 4:00 p.m. Mountain Time. during which live-streaming will be provided.

What Else Has Obama’s Government Breached? added on Friday, December 9, 2016

2 Responses to "What Else Has Obama’s Government Breached?"