“INSURANCE FRAUD AT ITS BEST” 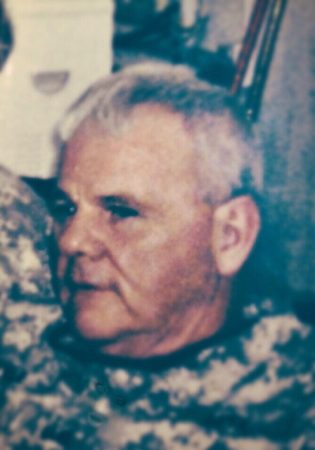 (Nov. 21, 2016) — Thomas J. Boyle, Jr. was employed by L-3 Communications/EngilityCorp at the time of his death in Afghanistan while deployed with the U.S. Army Reserve Unit from Jackson, Michigan on June 19, 2012. Neither the U.S. military nor Mr. Boyle’s former employer has explained to Mrs. Boyle exactly how he died.  Mrs. Boyle strongly suspects, from eyewitness accounts related to her off the record as well as her independent exhumation and autopsy results, that her husband was killed by the “accidental discharge” of two soldiers’ firearms and that the military has attempted to purge his name from all of its records to hide the gross negligence of the U.S. Army 303rd Reservist Unit.

Since his death, Mrs. Boyle has been demanding that the seven insurance companies involved release the full administrative files which have been kept from her.  To her knowledge there exist two policies that have not issued payouts, and Mrs. Boyle insists that this has been done fraudulently.

According to Mrs. Boyle, after she compared the contents of the “so-called administrative file” from Metlife with the 1,000+ emails she has in her possession, “the truth finally unfolded.”  On numerous occasions the Metlife Accidental Death & Dismemberment (AD&D) benefits of the Group Universal Life Insurance policy were said to have been nonexistent as evidenced by the emails and letters shown below.  “The 2/25/13 email from Deborah Wasson states there was no AD&D policy and again, in the 8/3/2015 letter from Lynn Box, she states the PAI (personal accidental insurance) was held by AIG and confirms Metlife does not insure PAI benefits,” Mrs. Boyle explained.

In a February 21, 2013 email to Jack Mikolajewski of Metlife, Mrs. Boyle mentioned her February 8, 2013 fax requesting the forms to process the AD&D benefit of the Universal Life policy as well as a copy of the employer statement and administrative file.

The Metlife letter of April 11, 2016, which Mrs. Boyle only recently obtained, references her claim for Accidental Death benefits of the Group Universal life policy which was denied on February 25, 2013.  “That is the very same policy for which I never received the application,” Mrs. Boyle told us.  “On that very same date, I received from Deborah Wasson the email which states, ‘There was no Accidental Death Benefit” attached to the policy.  Yet years later I learned it was ‘denied’ and that an ‘appeal’ was never received from me and the allotted timeframe to file an appeal has expired, let alone that I should file an appeal.”

Mrs. Boyle contends that the February 25, 2013 denial letter was never sent to her at the time it was allegedly written.  “The letter was probably automatically generated, but instead of mailing it to me, it was tucked away in the administrative file,” Mrs. Boyle said, “the one I have never received in its entirety.”

“Time after time during the past four and a half years, Metlife has informed me that no accidental death benefit was attached to the universal life policy (sometimes referred to as double indemnity),” Mrs. Boyle said.  “I was lied to regarding the existence of this policy as well as the circumstances of my husband’s death.  Metlife employees seemed intent on misleading me regarding not only this information but also who held these records.  I still insist that I have not been provided the entire administrative file.  The email from Jack Mikolajewski dated February 21, 2013 shows how he deliberately misled me as to who held the administrative information.  Of course, Metlife held the file, as they had already processed a universal life insurance policy.  And obviously unknown to me, Metlife had also processed an accidental death benefit.  This is insurance fraud at its best,” Mrs. Boyle said.

On November 14, Mrs. Boyle had a conversation with a “Kathleen” at Metlife from which she took notes which she related as, “Yes, Mrs. Boyle, I see it was an old policy originally denied.  It was referred on 11/11 of this year to our senior department examiner. It was reopened with the employer. His name is ‘Andrew,’ and he’s speaking with the employer about this claim right now.”

Mrs. Boyle said that she then asked Kathleen to “please leave Andrew a message that I would like to speak with him.”  “Andrew has never returned my call,” she further told The Post & Email.

Mrs. Boyle then sent an email to all of the individuals involved at Metlife, Marsh, and AIG along with the contradictory documents in which she stated:

I was pleased to learn that the Metlife AD&D policy was reopened – the one all of you denied existed.

As previously documented – indeed there is a Metlife AD&D policy that was ‘processed’ and denied.  Please forward to me that application and the denial letter.

Ms. Deborah Wasson  –  as the administrative representative for Marsh, I am requesting that you forward this information and my previous email to all members of AIG/Chartis team.  Obviously they would most likely decide to reopen my husbands AD&D policy for processing.

As always all information has been forwarded to the FBI.  You would be foolish to test me further.

I look forward to hearing from you.

I have documented that they knew it was an accidental death by the death certificates and their very own claim notes; someone received an accidental death payout and it was not me. The Metlife policy was a supplemental policy that had nothing to do with the employer other than being offered on the personal plan page of the employee.

The employer had to be the recipient of that payout, and I am clearly stating that L-3 Communications/EngilityCorp filled out the application and submitted it so they would collect on that policy.  These are called ‘dead peasant’ policies.  Metlife and Marsh colluded with L-3 to their benefit.  L-3 received a payout of an unknown amount and the insurance companies saved themselves the cost of the payout I should have received.

[Editor’s Note:  In the email which immediately follows, The Post & Email whited-out the policy number beyond the “00” which appears in Mrs. Boyle’s message sent to Jack Mikolajewski at Metlife.  Regarding the blacked-out text, Mrs. Boyle said that Metlife added a confidentiality notice to her email after receiving it and, because she does not consider it confidential, she obscured that text.  The “confidentiality” language can be seen through the black marker.] My husband often related to me that if I were ever up against any dilemma in life I should ask myself only one question: “Who benefits?”  “The answer will solve your mystery,” he would say.

Who benefited in this case – certainly the insurance companies, Metlife and Marsh, and let’s include L-3 Communications/EngilityCorp, too.  But there are still unanswered questions.

What about the unpaid AIG/Chartis policy?  AIG had the same administrator as Metlife and that was Marsh.  One could easily presume that if Marsh provided the information to Metlife, they should have provided the very same documentation to AIG/Chartis.

The second question asks again, “Who benefits?”  Was there another entity that needed this issue hushed-up?   Would that have been the military?   Our military – or in this case, the U.S. Army 303rd Reservist Unit of Jackson Michigan.  I have been told enough about the escapades of this unit that it could fill a book.  Gross negligence is a much too generous and gentle term to describe these “soldiers.”

President-elect Trump will have his hands full gutting not only our corrupted government but also our corrupted military.  Godspeed.