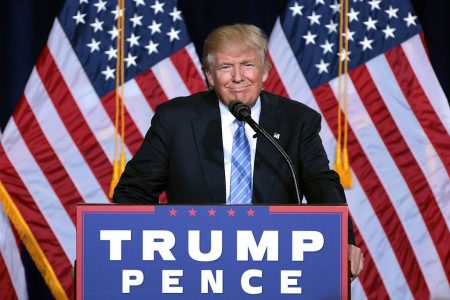 (Nov. 11, 2016) — The student loan situation is one that a lot of people are very worried about – whether it is economists who are concerned with the impact it may have on the country, or individuals who are concerned about the impact it is already having on their lives. With Trump now president-elect, it is interesting to look at what he has said about this issue while on the campaign trail. Will the Trump presidency offer a better or worse scenario for people with student debt?

Trump has no official policy on student loans, however it was something he was asked about while campaigning. His response was that he envisions placing a cap on repayments at 12.5% of the debt holder’s income, and also enforcing that these repayments only need to be made for a maximum of 15 years. This offers a slightly better deal than current federal student loans, and means that the fear of being in debt for your student days for almost your entire working life would be a thing of the past. At present, there is a 20 year repayment term although some loan holders can cap their repayments at 10% of their income.

How Important Was This Issue for Voters?

A substantial 66% of voters said that education was an important issue to them, and for many young people the affordability of higher education was their top priority. There are alternatives to taking out weighty student loans, such as going to community college or looking for the course you want to do at an online university, with many reputable colleges now offering things like an online masters degree in philosophy or a master of arts in history online, however for students who want to do courses where hands on training and facilities like labs are essential, a private university may still be the only (or at least the best) option. With around $1.4 trillion currently owed in student debt, the problem isn’t just one that affects people who have already got student loans to repay or who are soon to start college, but one that affects the whole economy, so it is no surprise it was high on many voters’ agendas.

The Election Was Not Fought or Won on This Issue

Despite the fact that student debt is an important matter to a lot of people, little was made of it during campaigning, with a speech in Columbus, Ohio being the only time Donald Trump actually stated a position on it. Equally, it was not one of the things that won him the election, considering it is mainly a matter of concern for young people and Trump actually performed fairly poorly with younger voters.

However you may feel about Trump and his other policies, at the very least his ideas about debt seem to be ones that offer a fairly good deal to loan holders, although it remains to be seen how quickly he will act on these policies – if at all.

What Could the Trump Presidency Mean for Student Loans? added on Friday, November 11, 2016