WHAT IS HILLARY CLINTON’S “FITNESS TO HOLD THE OFFICE?”

by Don Fredrick, ©2016, author of The Complete Obama Timeline 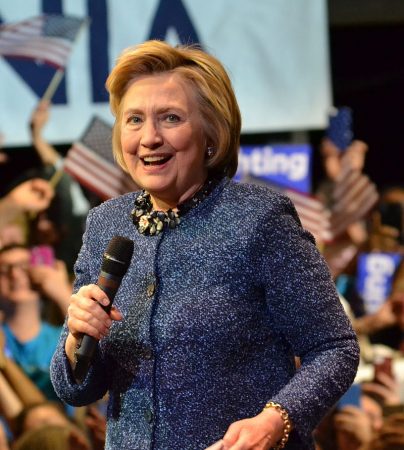 (Nov. 5, 2016) — In the wonderful, Henry Mancini-scored, Stanley Donen film, Two for the Road, there is a scene in which main characters Mark (Albert Finney) and Joanna (Audrey Hepburn) are pressed to the limits by the annoying child of friends they are traveling with on a European road trip. An exasperated Mark asks Joanna, “Do you still want a child?” She replies, “Yes, I still want a child. I just don’t want that child.”

I am reminded of that cinematic moment every time I hear someone talk about the “first woman president.” Supporters of Hillary Diane Rodham Clinton would have us believe that what is between a candidate’s legs is more important than what is between her ears—or in her soul. What their candidate has done over 51 years of legal adulthood is apparently irrelevant. In Clinton’s case, of course, it makes sense that her single-themed fans would like to ignore her “list of accomplishments.” That list includes using corrupt connections to magically turn a $1,000 cattle futures investment into $100,000; covering up for her husband’s sexual harassment, assaults, and rapes, and destroying his victims’ lives; stealing furniture from the White House and the State Department; a 20-year relationship with Huma Abedin, whose family has strong ties to the radical Muslim Brotherhood; the brutal public humiliation of Vince Foster that led to his suicide, and the removal of evidence from his office immediately after his death; using the IRS to retaliate against political enemies; firing long-time White House travel office workers to turn over the operations to cronies from Arkansas; and treating White House employees and Secret Service agents with contempt and condescension.

Let’s not forget the Whitewater scandal, which landed several Clinton associates in jail. Or the pardon of FALN terrorists by her husband to boost Puerto Rican support for her U.S. Senate campaign. Or Clinton’s lie that she dodged sniper fire in Bosnia. Or Clinton’s claim that she was named after Sir Edmund Hillary (who did not become famous until several years after her birth). Or the missing Rose Law Firm records. Or Clinton’s $250,000 speeches to Wall Street banks. Or her defense of a child rapist. Or the Clinton Foundation pay-to-play scams. Or the private email server she set up specifically to keep those pay-to-play scams secret. Or Christopher Stevens, Tyrone Woods, Glen Doherty, and Sean Smith.

Despite what mainstream media pundits would have the voters believe, a person’s gender and race have nothing to do with his or her fitness to hold the office of President of the United States. What is important is the candidate’s character, values, vision, ideas, respect for the U.S. Constitution, love of country, and allegiance to the 320 million people he or she serves.

If you want a woman president, that’s fine. Just don’t let it be that woman.

Not That Woman added on Saturday, November 5, 2016