“MAY GOD SAVE AMERICA” 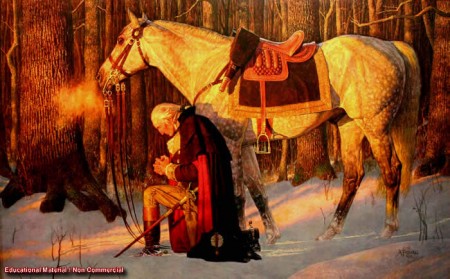 (Nov. 3, 2016) — As a 91-year-old retired Army Colonel with more than a little experience and knowledge of our constitution and criminal law, I shall attempt to answer my own question, originally asked on QUORA with negative results.

When any president, or in this case, a phony (faux) president commits any crime, he/she should be immediately IMPEACHED and tried. Our dilemma is the presence in office of career politicians who are constantly playing that game known as “Go Along to Get Along.”  Party loyalty, then purely political gamesmanship, sets the tenor. Within this mass of misdirected loyalty is even more misalignment. Though WE abolished slavery in 1865, black members of Congress feel it necessary to have a “Black Caucus,” or simply another party within a party. Party politics, which became seriously viable in 1828, has seriously debilitated the Federalist ideals of the Founding Fathers.

Should we be hog-tied with a recalcitrant, partisan and criminal Senate with blowhards like Reid, Durbin, Schumer, et al and the so-called president found NOT GUILTY?  The House, led by the Judiciary Committee and with the assistance of the General Counsel to the House, may and should seek an indictment in ANY federal district circuit court, e.g., the DC Third District. I have advised the United States Attorney for the District of Columbia, Channing D. Phillips, an Obama appointee, of my concerns. He has neither replied nor taken any reported legal action.

Failing in those arenas, a logical alternative is a trial by General Courts-Martial for violation of Article 104 of the Uniform Code of Military Justice, for, in the issue at hand, giving Aid and Comfort to our enemies.

Still, there is another available remedy. The Chairman of the Joint Chiefs of Staff has the authority, if he is not totally gutless, to declare a state of martial law over the entire Federal District of Columbia.  He then becomes the Chief Executive, the head of the government in being. In my humble opinion, we have reached that critical juncture. The declaration of martial law by the Chairman of the JCS is not so earth-shattering as one might assume. If it is NOT done, Obama has for his misuse the provisions of an executive order issued by William Jefferson Clinton in 1994, updated by George W. Bush and again by Obama.  Any delay is certainly going to lead our egomaniacal faux president to exercise the authority made available under Executive Order 12919. ““The President need not wait for some emergency to occur, however. He can declare a National Emergency at any time, and freeze everything. Congress, and the States, are powerless to prevent such an Executive Dictatorship, as long as the President advises Congress in a timely matter.”
http://www.sourcewatch.org/index.php/Establishing_martial_law_in_the_United_States

The Congress is feckless, politicized, indifferent, untrustworthy, partisan and cowardly. The Executive is agenda-bound, a traitor, a perjurer, a homosexual, espousing the causes of the LGBTQ community to the character debasement of the Christian citizenry. The Judiciary is impotent, arbitrary, prone to making law rather than interpreting SIMPLY whether any given law passed by the Congress is perfectly in line with constitutional precedence and intent.

The government has more than enough legal tools but is deficient in courage, diligence, fortitude and patriotism. Should they find the will to see justice, and I mean JUSTICE, they MUST clean up the mess they have allowed to accumulate in the cesspool of Washington. Otherwise we shall most certainly have at a minimum a total rebellion, an insurrection, prayerfully isolated within the confines of the cesspool.

May God Save America from us!

A Nation in Disarray and Mortal Danger added on Thursday, November 3, 2016