“REVOLUTIONARY IN ITS OBJECT” 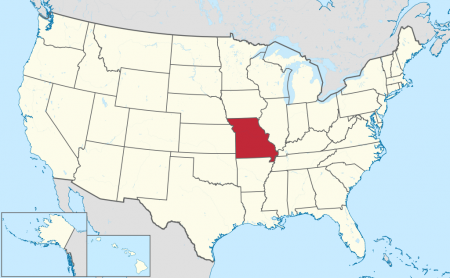 (Nov. 1, 2016) — “In Northern Missouri the irregularities of the soldiers—such as taking poultry, pigs, milk, butter, preserves, potatoes, horses, and in fact everything they want; entering and searching houses, and stealing in many cases; committing rapes on the negroes and such like things—the effect has been to make a great many union men inveterate enemies…Then drunkenness is a great curse of officers and men…I can fully substantiate all I have written.” ~ John T.K. Hayward, Unionist and general agent for the Hannibal and St. Joseph Railroad, August 13, 1861, in a letter forwarded to Secretary of War Simon Cameron as found in War of the Rebellion: A compilation of the Official Records of the Union and Confederate Armies. Volume 3 page 459,

(Author’s note: I was fortunate several years ago to meet a gentleman, Robert Arnold of St. Louis, Missouri, who, as a fellow ancestor of those who valiantly fought for Liberty in our Second War for Independence, graciously provided me with the following account of  the actual events as they occurred in Missouri during this sordid period in our history. Rest assured Mr. Arnold’s revelation will not be included in the history books read or studied by your children and grandchildren. My thanks to you, Mr. Arnold.)

“Missouri had voted to remain in the Union but refused Lincoln’s call to arms.  Here’s Gov. Claiborne Jackson’s reply to Washington, DC, during April 1861:

“Your dispatch of the 15th instant, making a call on Missouri for four regiments of men for immediate service has been received.  There can be, I apprehend, no doubt but that the men are intended to form a part of the President’s army to make war on the people of the seceded states.  Your requisition, in my judgment, is illegal, unconstitutional and revolutionary in its object;  inhumane, diabolical and cannot be complied with.  Not one man will Missouri furnish to carry on such an unholy crusade……(signed) Claiborne F. Jackson, Governor.”

Immediately upon receipt of the above, Lincoln ordered an unconstitutional military invasion and take-over of Missouri.  Gov. Jackson activated the Missouri State Guard in his state’s defense.  The Guard was placed under the command of Sterling Price, himself a former Missouri governor.  The Union army of invasion consisted of mostly Germans from the East, placed under the command of Gen. Lyons, who was stationed in St. Louis at the time.  Lyons was ordered to oust Gov. Jackson and the duly elected legislature from the capital and to occupy the state.  Union forces took over Jefferson City at bayonet point, Jackson and the legislature escaping ahead of the invaders.  They traveled along with Price and the State Guard.  Lincoln appointed a temporary governor, Hamilton Rowan Gamble.

Following that battle, Jackson and the state legislators convened near Carthage, Missouri, and submitted an act of secession from the Union.

Whereas the government of the United States, in the possession and under the control of a sectional party, has wantonly violated the compact originally made between said government and the State of Missouri by invading with hostile armies the soil of the state, attacking and making prisoners of the militia while legally assembled under the state laws, forcibly occupying the state capital and attempting through the instrumentality of domestic traitors to usurp the state government, seizing and destroying private property and murdering with fiendish malignity peaceable citizens, men, women and children, together with other acts of atrocity, indicating a deep-seated hostility toward the people of Missouri and their institutions, and…

Whereas the present administration of the government of the United States has utterly ignored the Constitution, subverted the government as constructed and intended by its makers, and established a despotic and arbitrary power instead thereof:  Now, therefore,

This act to take effect and be in force from and after its passage.

Passed by the Missouri State House of Representatives October 30, 1861

Following its announced secession from the Union, Missouri applied for admission to the Confederate States of America and was admitted into the CSA by an act of her Congress during November 1861, as the 12th state in the CSA and as the 12th star in her various flags.

Naysayers to this very day will contend the legislature that passed the above act of secession from the Union was not in quorum.  It has been counted that they were in quorum, and to the contrary, it doesn’t make sense that they would take such action without a quorum.  Naysayers will then argue that they’d been ousted from the capital in favor of Federal appointees and were therefore not the legitimate state government, but we argue that they were the elected state government.

Price took the State Guard into Arkansas where they were merged into the regular Confederate army and he was commissioned a Brig. General. Gov. Jackson died during the war, in Little Rock, and the Lt. Gov. took the legislature to Marshall, TX, where he continued to conduct the affairs of state until war’s end.  To this day, Marshall, TX brags that it’s the only city in America to host another state’s government.  During the war, Price was asked to assume command in the East under Lee, but Price refused his president by saying that his only concern was his home state.  He twice led armies back into Missouri.  The first attempt was repelled and the second was still under way when the war ended.  Price went to Mexico after the war, then to England, before returning to St. Louis after things calmed down, where he was greeted with a ticker-tape parade. He originated the Price Mercantile Company but died in St. Louis at a relatively early age.  He’s buried beneath a large monument in St. Louis’s Bellefontaine cemetery.

The Union army had camps in nearly every county in Missouri for the duration of the war, occupying the state under martial law.  Lincoln appointed representatives to the United States Congress from Missouri while at the same time Missouri sent representatives to the CSA Congress.  One of Lincoln’s cabinet members was from St. Louis – I believe it was Blair. So both countries claimed Missouri during the war, and I suppose that had the South won its independence, Missouri would have been part of the new country.”

“There is a Southern Accent, where I come from.

The young’uns call it country, the Yankees call it dumb.

I got my own way of talkin, but everything is done

With a Southern Accent, where I come from.”

Missouri and our Second War for Independence added on Tuesday, November 1, 2016