JUST HOW MUCH “BUSINESS” HAS BEEN DONE? 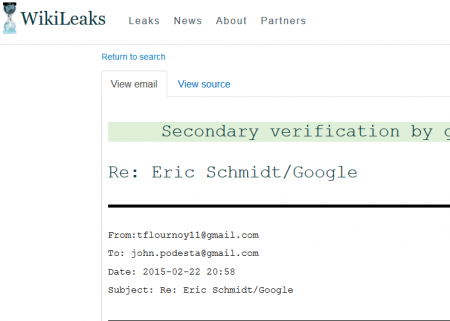 Mentioned in the email was Eryn Sepp, who was designated as a scheduler.

Flournoy then appears to have volunteered the reason for the requested meeting: “it is about the business he proposes to do with the campaign. He says he’s met with HRC.”

Schmidt is executive chairman of Alphabet, Inc., which owns Google, a widely-used search engine, compiler of website analytics and provider of other online services, including email accounts.

Podesta responded, “Yup. I’ve talked to him too. Robby is in touch with his team. I see no harm in WJC seeing him,” in an apparent reference to now-Clinton campaign chairman Robby Mook.

Podesta’s title with the Clinton campaign is “chairman.”

The email ends with Flournoy’s comment of “FYI. They are donating the Google plane for the Africa trip.”

WikiLeaks featured the email with some yellow highlighting in its Twitter feed on Sunday.

Using Twitter, WikiLeaks also published an image titled “ClintonCircle” bearing the names of those whose names appear in emails sent to and received from Podesta.  Flournoy’s name appears above the large blue circles in the upper-right of the chart, while Mook is in the center of the green circles.

More than a year ago, the website qz.com reported that Schmidt had launched an initiative called “The Groundwork” intended to “ensure that Clinton has the engineering talent needed to win the election.”  Clicking the link associated with “The Groundwork” now leads to nothing but a gray screen with an unidentified image: 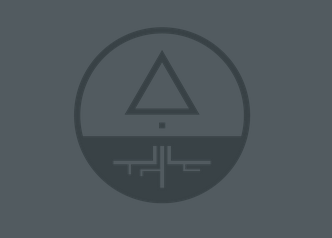 As concerns about Clinton’s health rose over the summer, Google was reported to have been “suppressing negative search results about the Democratic party’s presidential nominee.”

On Sunday, The Daily Caller reported that an earlier Wikileaks email dated April 2, 2014 indicated that Podesta had already met personally with Schmidt about the Clinton campaign, which had not yet been launched.  In the email, Podesta wrote to Mook that Schmidt was “ready to fund, advise recruit talent, etc. He was more deferential on structure than I expected. Wasn’t pushing to run through one of his existing firms. Clearly wants to be head outside advisor, but didn’t seem like he wanted to push others out. Clearly wants to get going.”