WHY DON’T THEY SPEAK UP? 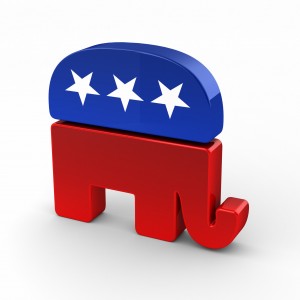 (Oct. 29, 2016) — It’s not easy being a Republican.  It’s not easy because Republican leaders show little ability to counter the untruths and the propaganda that liberals and Democrats are so adept at spreading… especially at a time when we are less than two weeks out from the most significant election in US history.

Although Republicans claim to be interested in attracting the support of constituencies such as ethnic minorities, blue collar workers, and young voters… and curse the darkness when those groups continue to vote for liberals and Democrats… they either fail to understand the power of their strongest arguments or they simply fail to make their case.

For example, at the dawn of the civil rights era in the late ‘50s and early ‘60s, it was clear to all that a new political reality was at hand.  After nearly 250 years of bondage, and 100 years of second-class citizenship under Jim Crow and the Black Codes… all designed and enforced by Democrats and the Democrat Party… black Americans were confronted with a fateful decision that would impact the lives of black people for generations to come.

Democrats were fully aware that their only salvation as a party was to attract large, uninformed, and submissive constituencies.  And since the Supreme Court had done away with the concept of “separate but equal,” they could no longer rely on Jim Crow laws and the Black Codes to keep black people “in their place.”  They realized that, with major advances in mass communications, their paramilitary enforcement organization, the Ku Klux Klan, would have to stop lynching and flogging “uppity” black people and burning their homes and churches.

If lynching black people and white Republicans by the thousands wasn’t good for their image in the age of television, they concluded that maybe they could achieve the same ends by wrapping black people in the smothering warmth of the welfare state.  By offering a broad array of social welfare programs to the poor, both blacks and whites, they could kill two birds with one stone.  They could keep minorities from pestering them about access to the American Dream, while at the same time building large and reliable voting constituencies.

So what did Republicans do to counter the Democrats’ welfare state offensive?  They did nothing.  Instead of reminding black people of what was required to gain access to the American Dream; instead of reminding black parents that, with access to the world’s best-funded public education system, the job of black parents was to see to it that their children were in school, on time, every morning; that they behaved themselves both inside and outside the classroom; that they respected their teachers; and that they did their homework every evening.

Instead of reminding black people that, when they’d completed twelve years of public school education and entered the labor force, their job was to be at work every day, on time, and that they give their employers at least eight hours of their best effort in exchange for eight hours’ pay, Republicans did nothing.  They merely assumed that their century-long relationship with the black community was irredeemable.  And while Hispanic culture has always been based on hard work and the highest of religious and ethical values, Democrats are convinced that they can chip away at the foundations of Hispanic culture until they, too, are willing to trade their votes in exchange for government handouts.

The flap over the appointment of a Supreme Court justice to replace the late Antonin Scalia provides a perfect example of Republican fecklessness.  Senate Republicans have made it quite clear that they will follow Democratic precedent.  In other words, they have no intention of confirming a replacement during Barack Obama’s final months in office.  They’ve let it be known that they will not even hold confirmation hearings on a potential Obama appointee, let alone allow a Judiciary Committee vote or a Senate floor vote.  They could make good use of a videotape of then-Judiciary Committee chairman Joe Biden saying in 1992, “President Bush should consider following the practice of a majority of his predecessors and not – and not name a nominee until after the November election is completed.”  But will they?  Probably not.

Nor will Republicans remind the American people that no president in American history has shown such utter disdain for the Constitution and the rule of law as has Barack Obama, and that no president has savaged constitutional principles such as the system of checks and balances and the separation of powers as recklessly as has Barack Obama.  Will feckless Republicans bring that understanding to the people?  Not likely.

In the recent Clinton-Trump debates, Hillary Clinton boasted that, during her husband’s time in office, the country enjoyed budget surpluses in two consecutive fiscal years.  But, did Donald Trump or any other Republican make the point that the two balanced budgets of the 1990s would never have been realized in the absence of the lag effect of economic policies put in place by Ronald Reagan, and in the absence of Republican majorities in both houses of Congress?  The answer is no.  It would never occur to feckless Republicans to make that case.

For the past eight years the American people have been subjected to endless Democratic whining that the recession of 2008 was somehow the result of something George W. Bush did or failed to do.  Nothing could be farther from the truth.  No sooner had the Clintons occupied the White House in 1993 than Democrats began to act like Democrats.  They decided that the Community Reinvestment Act of 1977 (CRA), if strategically enforced with a political end in mind, provided a unique opportunity to solidify the votes of the poor, especially minorities.  By using the regulatory enforcement provisions of the CRA, the Clinton administration forced lenders to make mortgage loans to borrowers who had little or no capability of repaying their loans. 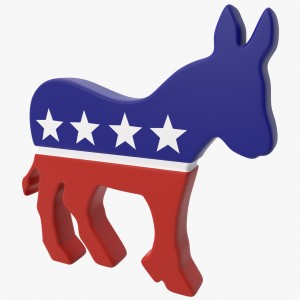 But the quality of those loans was of no significance to Democrats.  Two of the party’s favorite patronage cesspools… Fannie Mae and Freddie Mac… were standing ready to buy up any and all mortgages.  And why should Fannie and Freddie worry about the quality of the mortgages they acquired?  They had no reason to worry because, as quasi-public institutions, they had the entire cash assets of the American taxpayer… the U.S. Treasury… at their disposal.

In 2008, when the overheated real estate market collapsed and a great many homeowners stopped paying all at once, the cash reserves of Fannie and Freddie were soon depleted, forcing them to default on their guarantees and precipitating a major economic crisis.  Although the crisis was entirely a product of the Clinton administration’s cynical use of the CRA regulatory hammer for political purposes, George W. Bush took all the blame.  Was Donald Trump, a real estate billionaire, smart enough to assign proper blame for the 2008 recession in debate with Hillary Clinton?  No.  Nor have any other Republicans in the last eight years.

Another major boondoggle of the 1990s is the North American Free Trade Agreement (NAFTA).  At the time NAFTA was passed by Congress in November 1993, almost any schoolchild could have predicted the ultimate outcome of the agreement.  The passage of NAFTA was judged to be a great victory for a Democratic president working with congressional Republicans, although no one seemed to be concerned that a nation in which hourly workers earn upwards of $20 or $30 per hour cannot expect to engage in “free trade” with a neighboring nation in which hourly workers can expect to earn only $5 or $10 per day.  The only way the NAFTA agreement can function as planned is if wages in the wealthier nation decline to reach parity with wages in the poorer country.  Have Republicans ever explained that simple economic fact to American working men and women?  Has Donald Trump ever thought to make that point?  No.

As we approach the 2016 General Election we are reminded once again of massive vote fraud that occurred in the 2012 General Elections.  We are reminded of vote totals in urban voting precincts across the country in which Barack Obama received 100% of the votes cast; we are reminded of situations across the country in which the number of votes cast in counties exceeded the number of registered voters by as much as 60%.  Yet, feckless Republicans fail to provide evidence of vote fraud, even though it is plain for all to see.  And when Democrats charge that laws requiring voters to show a photo ID are aimed at suppressing the votes of ethnic minorities, Republicans run for cover.  They lack the courage to challenge Democrats by insisting that, as a means of preventing voters from voting in the name of others, all voters must be required to dip a finger into a vial of indelible ink after voting the first time.

Side-by-side photo comparisons of Hiroshima and Detroit in 1945 and 2015 would be instructive if Republicans would only show a bit of backbone.  They might point out to minorities and the poor that it is much easier to recover from an all-out nuclear holocaust than it is to recover from seventy years of Democratic mismanagement and social tinkering.  But feckless Republican leaders are far too timid to even suggest that the Democratic Party represents a virulent cancer on the body politic that requires constant treatment to keep it in remission.

Let us hope that, as Donald Trump occupies the Oval Office on January 20, 2017, he will have the courage to do whatever is necessary to make America great again.