“THE FINAL GRADE IS COMING FOR BOTH CANDIDATES”

(Oct. 26, 2016) — Forget GOP and Democrat this time. There is only one American assignment given to those running for President on November 8th and it is indeed pass or fail. Serve America and her citizens – Protect her safety, economy, Judeo-Christian values, opportunities for all and freedoms, or not. One candidate has continuously failed on all these levels over and over throughout her 30-year, money- and power-hoarding career.

Trump won the hard-fought primaries in spades because he was taking on the endless F’s of the political, establishment, Hillary and media sellouts. “Plain Spokane” Trump has also gotten F’s for cheating, backdoor deals at our expense, and ignoring the multi-billion-dollar and growing illegal immigration scam at our porous borders which feeds a growing drug, gang culture and criminal enterprise in every state. He has called Hillary on her greed, endless lies, crimes and corruption concerning the email scandals, criminal and greedy Clinton Foundation, Benghazi, and on and on. Hillary is the criminal and corruption gift that keeps on giving.

Trump and the American people give more F’s for crushing America’s state sovereignty and freedoms with Common Core and fraudulent and unaffordable Obamacare (now, just days before the election, health insurance premiums are sky rocking another 100-200% after they had already shot up to Mt. Everest levels before). Hillary says she is proud of both and we don’t give Obama the credit he is due. Well, I do – Obama gets an F – that is the credit he is due.

Trump is the only candidate who has promised to repeal both Obamacare and Common Core and respond with an affordable, better health plan and state-controlled and freed-up education for our children.

The F’s continue with Obama, fully supported by Hillary – gutting and downsizing our military, attacking Christians, freedom of speech and attacking gun rights at every turn.

The final grade is coming for both Candidates

Hillary gets an F because she has never and will never put God and Country at the top of her priorities. It will always be money and power – bowing down to the new world order, international and Islamic dictators and manipulators. 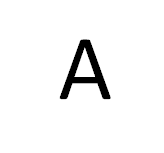 Trump gets an “A” because he has the courage to acknowledge and confront all the F’s on the table at the hands of Obama, Hillary, GOP establishment and media. He gets more A’s because he has specific, Constitutional and inspired plans to put God and America at the top again, while fixing all the Obama and Hillary damage to our schools, health care system, military, borders, businesses and jobs, energy system, reputation and safety.

There must be no more extra credit or grace for Hillary, who continues to get F’s and not do America’s most simple assignments. Give her the big “F” on Election Day.

No matter what the fraudulent polls, mainstream media and Trump-haters say, remember – Trump has shown up, continued to get A’s with courage, honesty and plans to heal, prosper and fix America. He has done this almost all alone…except for the majority of the American people who are sick and tired of voting in more Fs. Vote for an A – Vote Trump on Election Day and watch us all win big.