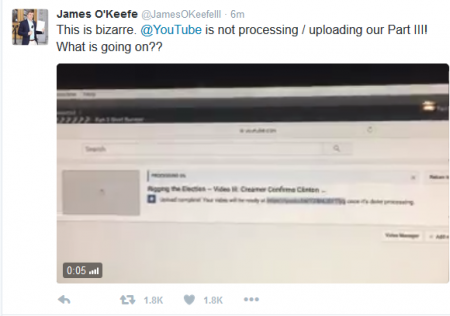 The video, the third in a series which began last Monday, is expected to contain bombshell evidence that Hillary Clinton and Donna Brazile were engaged in some type of nefarious activity, possibly relating to voter fraud.

When The Post & Email attempted to play the video which appeared on Twitter, it produced the following message:

“The media could not be played.”

Could YouTube be blocking the video for political reasons?