“IF YOU WANT TO KEEP YOUR NECK…” 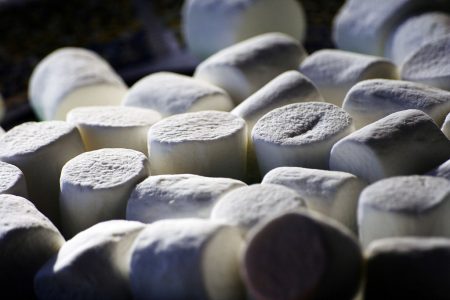 (Oct. 16, 2016) — “Welcome to my campfire. You’re more than welcome to roast some marshmallows and have some hot chocolate; help yourself. My friend’s kid is from the tent on the right — just as you pull in — and she asked me what marriage was all about. Her mother overheard and told me to ‘go for it,’ so here we are. My name is Chief New Leaf, but you can call me ‘Mac’ and this-here is Amber.

“Indians – American Indians – are a very patient and understated people. ‘Patient’ you know; ‘understated’ is a little more complex. Think ‘time-delay’ or ‘delayed-action’ and you’ll begin to understand. Think ‘long-term,’ as in ‘May the Karma Gods smite you in your old age for the wrong you have done me.’

“It’s all in one’s world view. Long ago there was a great big forest, and in the forest there lived a mama bear and a daddy bear and they had a little boy cub; that’s right, a little human baby. They asked the Great Spirit for a little girl for their boy to marry someday, and this great big Sturgeon or Northern Pike swam upon the shore, opened its mouth and out walked a girl human; no kidding.

“We’ve never been too sure of the mechanics of these operations, but some things you just got to take on trust, and that’s all there is to it.

“Now back to our newlyweds: times were tough, no doubt about it. Here’s the thinking at the time: we can survive alone, but it would be a lot easier if a man and a woman pooled their resources and survived together. Now all women can’t have kids; some are barren and some kids die at young ages; some are miscarried and there’s a thousand and one other reasons why a couple may be childless, but no matter, because at the end of their lives they’re alone anyway, right? All they have is each other, and that’s called ‘married life.’

“So here we have a girl and boy human who are married in the eyes of the Great Spirit. They stay together for one reason and one reason only: they work as a team to fight off the sabre-toothed tiger. Nowadays we would say that the tiger is ‘The World: the Rat Race,’ and we’d be right. It’s easier, safer, and better all around for a couple to survive as a couple than separately. Of course, the caveat is that the male and female have to get along. Lying and cheating on one another is not an option.

“And that’s marriage, at least in the classical form. There are other forms of ‘marriage,’ such as belonging to an organization or a group that shares something in common. Islam is a group that shares a psychosis, which is a belief in something that cannot be self-perpetuated, like raising a family from scratch. Left to its own devices, a Muslim nuclear unit self implodes.

“I’m sorry, I shouldn’t jest for such a serious subject, but really, now, going around killing everything in sight just because it doesn’t agree with one’s world view is pretty much the definition of, well, let’s ask the man sitting to my right, Professor Zorkophsky. What say you, Zork?”

“I say ‘Out to Lunch,’ which is, in reality, an overused medical term. You see, the ‘Id’ has a myriad of facets that, in order to jive, just have to line up, and that’s all there is to it. If it doesn’t line up, they’re ‘nuts,’ but I like to call them ‘Looney-as-a-Tune,’ which just happens to be my latest dissertation on Islam: ‘What Happens to Islamists when they are NOT ABLE to Play a Tune? They’re Looney-as-a-Tune’; $19.95 at a bookstore near you. Here, let me tell you the sub-plot.”

“Maybe later, Zork, but we do appreciate the appropriate medical terms: it makes my explanation to Amber of the reasons for marriage that much more believable.

“Now, as I was saying, it’s a couple against the ‘Tiger that Lurks,’ which is a metaphor for ‘The ‘World.’ Face it, it’s a cruel world, and if you think we’re in peril now, imagine — if you will — what it would be like with a Looney-tune like Hillary, and there you have it.

“Now let’s capsulize my little talk about the reasons for marriage. Point One is that two minds are better than one and that one way of looking at something may not be the only way, or even the right way, of deciding what’s going on. I have an ex-wife who thought I shouldn’t drink and take drugs, and guess what? She was right, and so for the last 20 years I haven’t touched the stuff. It’s just too bad she can’t see what a wonderful human being I’ve become, but maybe we’ll run into each other at a gravesite in Nevada, who knows? Well, Amber, what did you think of my talk?”

“It’s all so confusing. Why do Muslim women put up with all the shenanigans and nonsense from Muslim men? I wouldn’t, and if some man treated me the way they treat their women they’d be sorry, is all I can say.”

“Well-said, Amber. I think perchance you learned a great deal about marriage tonight. Time to turn in. Thanks for stopping by. Goodnight.

“Hey, Zork, is ‘Out to Lunch’ a real honest-to-goodness medical term used by psychiatrists these days?”

“For sure. And you just wouldn’t believe the increase in business since 9-11. Why, many of us are working overtime and are forced to take two-hour lunches.”

“Industry? You mean to say that ‘nut-mechanics’ make up an ‘industry?’”

“You got it, and we have the US Government to thank for our windfall. You see, the enemy is Islam and our government allows Islamists to infiltrate – invade – our country, which drove many government employees to us shrinks. I mean, as long as the government pays for their shrinkage (no pun intended) they come knocking on our shingles. I’m making out very well, thank you very much, thanks to Uncle Sam.”

“You mean that there’s people in the government who just can’t figure it out?”

“Can you? Can any of us? The ONLY explanation is that it’s being done on purpose. Let me just say this: a vote for Hillary means a vote for Sharia Law and be done with it. ‘If you want to keep your neck, vote for Trump, by heck.’ Goodnight.”