DEATHS, MAIMINGS, THOSE LOST AT THE HANDS  OF GOVERNMENT “EMOTIONALLY OVERWHELMING” 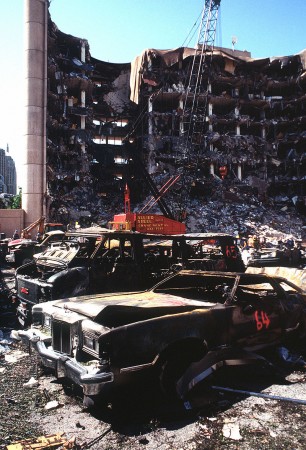 (Oct. 16, 2016) — *Author’s note: I wrote this article several years ago but find it to be relevant today as well. If our government stays true to form there will soon be another False Flag event in this country to take Ignoramus Americanus’s mind off the fact we are totally broke and this election, which is being turned into a modern-day soap opera (entertainment), has been choreographed by the power cabal known as the military/industrial/international bankers/national security complex. This government has been involved in more conspiracies against its own citizens, including the military than most are aware. Here are some of the most egregious.

“For you see, the world is governed by very different personages from what is imagined by those who are not behind the scenes.” ~Benjamin Disraeli

“The real rulers in Washington are invisible and exercise power from behind the scenes.” ~Justice Felix Frankfurter

“The three aims of the tyrant are, one, the humiliation of his subjects; he knows that a mean-spirited man will not conspire against anybody; two, the creation of mistrust among them; for a tyrant is not to be overthrown until men begin to have confidence in one another — and this is the reason why tyrants are at war with the good; they are under the idea that their power is endangered by them, not only because they will not be ruled despotically, but also because they are too loyal to one another and to other men, and do not inform against one another or against other men — three, the tyrant desires that all his subjects shall be incapable of action, for no one attempts what is impossible and they will not attempt to overthrow a tyranny if they are powerless.” ~Aristotle

I openly admit I do not believe our government or their media lapdogs when it comes to what really happened involving TWA 800, the Oklahoma City Bombing, 9/11, Waco, the shootings in Aurora or Sandy Hook, the bombing in Boston or the bombing at the fertilizer plant in Waco and many other of their False Flag operations.

Sure, the easy way out is to believe anything the government says is gospel; that requires very little cognitive discourse and of course the last thing Boobus wants is anything that might require the use of a few cells in the gray matter. Not when there are sports on TV.

There are a multitude of reasons I disbelieve our government and the media when it comes to events such as those named above, but, for brevity’s sake, I will mention only one in this writing. What positive can be said or what integrity granted to a government that willingly leaves its military personnel behind in the hands of the enemy, then, not only makes no attempt to gain their freedom but instead fabricates lies to cover their crimes of omission and discredits those who attempt to reveal the truth? A government that would leave its military personnel behind to face torture and death at the hands of their enemy is totally undeserving of not only trust but even the slightest benefit of the doubt.

This pattern of overwhelming and continuous mendacity relating to our Missing in Action and Prisoners of War began almost 100 years ago in 1920. Shortly after WWI, Russia was in the midst of a terrible famine. Although previously denying they held any American POWs from WWI, when offered food and medicines, the Russians released 100 captive Americans after the first shipment of provisions. Although more food was shipped to Russia, no additional POWs were released. Rather than admit to their lack of diligence in securing the release of those POWs after the war, government officials simply declared there were no more being held; a tactic that would continue for decades.

In 1945, while marching to take Berlin, in large part due to political/military considerations granted to the Soviets by the socialist dominated FDR administration, some 25,000 American POWs were “liberated” into the hands of the Russian Army. Of that 25,000, only 4,165 of our military personnel were actually repatriated from the camp at Reisa. The Russians put the remaining 21,000+ on troop trains and took them into Russia where they were used for slave labor, medical experiments, human guinea pigs and other fates much worse than death on the battlefield. Allied political sources then went to work to alter intelligence reports to cover up these heinous acts. Both FDR and Truman issued directives there would be “no criticism of treatment by the Russians” and “no retaliatory action to Russian failure to cooperate.” (Source: A Chain of Prisoners: from Yalta to Vietnam, by John Brown and Ted Ashworth)

General George Patton knew of this betrayal of American military personnel and is reported to have confronted General Eisenhower at a train station in Germany where the argument became most heated according to an eyewitness. (Source: Bert C. Roosen an interpreter on Eisenhower’s staff) Speculation exists that this may have been the reason for Patton’s assassination. (Source: Target Patton: The Plot to Assassinate General George S. Patton by Robert K. Wilcox) Our political leadership fell all over themselves to assure the Russians were never accused of anything untoward and that millions in Eastern Europe were delivered into their hands at the end of the war.

The release of the information about 21,000+ Americans being left to a terrible fate at the hands of the Russians would have been a death knell to any political aspirations of those covering up these crimes; obviously, Eisenhower would have never been elected to the presidency.

As president, Eisenhower would continue to cover up the fate of those left to the Russians which would later necessitate a similar cover-up of those left to the Chinese and North Koreans during the Korean War. These prisoners too were used for torture, biological and chemical agent experiments as well as mind control operations. Colonel Phil Corso, a member of Eisenhower’s White House staff, would later speak to these cover-ups. He would state it became a matter of national policy to ignore all intelligence concerning these acts and to simply deny any POWs were left behind.

Then came Vietnam and the madness and deceit would continue. In 1973, after Operation Homecoming, Dr. Roger Shields of the Department of Defense would tell President Nixon, “Mr. President, we have two missing for every man who came back home.” Nixon ignored the statement and then like those lying bastards before him, issued a statement that “all our POWs are home.”

To completely cover the POW/MIA issue would require a volume of books. The mendacity, prevarication and possible assassinations by our government surrounding this subject is emotionally overwhelming; that is if you care one scintilla about what happens to those we blindly send into the jaws of hell for political expediency after being driven into a patriotic frenzy by the same devils who create False Flag events which take the lives of thousands, many of them innocent children.

And They Call Me a Conspiracy Nut added on Sunday, October 16, 2016