“NO ONE ESCAPES THE TAX MAN” 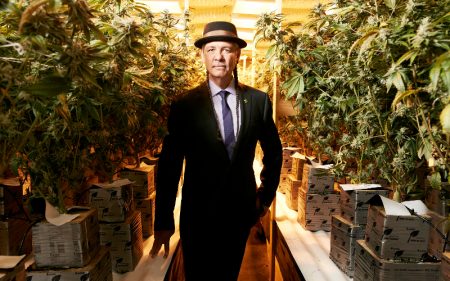 (Oct. 10, 2016) — The medical-marijuana industry’s legal battles with the IRS have a long and storied history, but one pending court case may finally put the matter to rest.

The crux of the issue hinges on marijuana’s classification as a Schedule I, illegal substance at the federal level.

As any drug dealer worth his salt can tell you, you may be able to evade local police, the DEA, or even the FBI, but no one escapes the taxman. In fact, if you operate an illegal gambling ring, a prostitution business, or the aforementioned drug-running enterprise, rest assured that there’s an IRS code for that, and your income is not exempt.

It’s called Section 280E of the Internal Revenue Code. Passed by Congress in 1982, Section 280E is specifically geared at targeting illegal businesses by severely limiting the kinds of business expenses and deductions these operations are legally allowed to make. If that just made your head spin, brace yourself; wacky tobacky is about to make things even hazier.

Flash forward to 2016, with the country in the midst of a growing trend to legalize marijuana at the state level, and we now have a looming showdown between Uncle Sam and a booming cannabis industry.

While there still is much confusion regarding the issue, the case of Harborside Health Center may soon offer some relief.

Harborside is a nonprofit medical-marijuana dispensary based in California with locations in Oakland and San Jose. The center claims to be the “most respected and largest” medical-cannabis dispensary in the United States.

In 2010, the IRS audited the center’s Oakland dispensary for the years 2008 and 2009. While the agency found Harborside’s financial records to be in order, the IRS slapped the center with a  back-tax bill to the tune of $2.4 million.

Citing Section 280E, the IRS alleged that the cannabis dispensary could not legally claim many of the deductions and expenses that it did during the relevant tax years.

The section of the code in question reads the following:

In other words, because of cannabis’s status at the federal level (regardless of California law), Harborside — and any other marijuana dispensary in a state where this conflict exists — is therefore denied the “normal and necessary” deductions that are allowed for any other kind of business. These deductions include expenses for rent, labor, utilities, insurance, and other standard costs.

By applying Section 280E to legal cannabis businesses, the result is a federal tax rate of between 60 and 90 percent — and in extreme cases, even above 100 percent.

This is obviously no way to run a business, and Harborside of course took the matter to court and has been fighting it ever since. In June, the center spent a week in tax court trying to get their $2.4 million IRS bill dropped.

“Section 280E was passed during the height on the War on Drugs, many years before California and 24 other states legalized the use of medical cannabis,” Harborside’s lead attorney Henry Wykowski said in a press release. “It was meant to apply to drug dealers, not state-sanctioned cannabis dispensaries. Ignoring the intent of Congress, the IRS has chosen to apply 280E to legitimate cannabis businesses.”

Wykowski is right on the money when he speaks of the timing of Section 280E and its original intent. The congressional act which introduced this section of the tax code came during the Reagan era, nearly at the same time that the now infamous “Just Say No” campaign first launched.

Congress passed the measure in response to a court case involving a crafty dope dealer named Jeffrey Edmondson. The Minneapolis native dealt in amphetamines, cocaine, and marijuana, but was no ordinary street hustler. In 1981, he successfully sued the IRS in order to claim $105,300 worth of itemized deductions for the 1974 tax year, including a home office, the miles he put on his car, “business-related” phone calls, and the cost of his scale to weigh his goods, among other expenses.

The court ruled that Edmondson was indeed entitled to “both ordinary and necessary” business expenses, but Congress was not amused and gave birth to Section 280E the following year.

Since then, businesses that deal in Schedule I or Schedule II substances have no longer been allowed to take these “ordinary and necessary” business expenses, other than the cost of goods sold (COGS).

Historic Ruling in Legal Marijuana vs IRS Could Be Just Around the Corner added on Monday, October 10, 2016