(Oct. 7, 2016) — On Tuesday, the 7th Circuit Appeals Court stayed the injunction, handed down by the US District Court on September 29th, which prevented in-precinct Election Day voter registration.  The US District Court ruled that permitting only some voters in Illinois to register at their precinct’s polling place on Election Day was unconstitutional because it favors voters in counties with a population over 100,000 voters. Smaller counties are exempted from the voter registration law.

The 7th U.S. Circuit Court of Appeals set Thursday, Oct 6th for briefs explaining why this case should face an expedited appeal process.

In the 2016 Primary election, over 100,000 new voters registered in their polling place in the 20 counties that had in-precinct Election Day voter registration. The Chicago Board of Elections affirmed that 35,000 of these voters were from Chicago.  This number of new voters can easily weight a close election to favor voters in more populated counties.

U.S. District Court Judge Samuel Der-Yeghiayan handed down the September 29th injunction stating “Illinois is made up of more than the Chicago metropolitan area and other high population areas. Equality under the law does not end at the city limits. The Constitution guarantees equal voting rights to all United States citizens in Illinois, not simply those in counties that have the highest populations and have organizations such as those represented in the Amicus Briefs to stand up for their enhanced voting rights.”

On September 30th, Illinois Attorney General Lisa Madigan and Cook County Clerk David Orr asked the 7th Circuit Appeals Court to stay Der-Yeghiayan’s Injunction.  They claimed it could cause some unregistered voters to be unable to vote on Election Day.

The lifting of Der-Yeghiayan’s injunction does not necessarily indicate how the Appeals Court will rule – or even if they will issue a ruling on the merits of the case before the November elections.

From an operational perspective, this stay of Der-Yeghiayan’s injunction permits election jurisdictions to continue to prepare for Election Day in-precinct polling place voter registration while the expedited appeal process is under way. 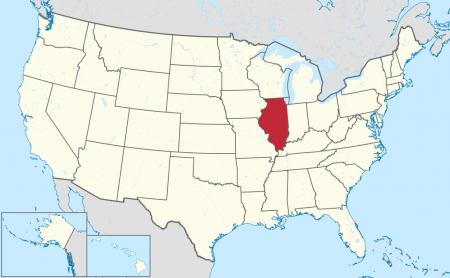 nois is the only state that permits one jurisdiction to register voters in-precinct on Election day while not allowing others the same right.

This decision could directly impact many state and federal races.  It effectively gives greater weight to the voters in the larger counties.

From a security perspective, this means that there will be many additional ballot security challenges at the polling places this November.  It is more important than ever to get poll watchers into as many polling places as possible!