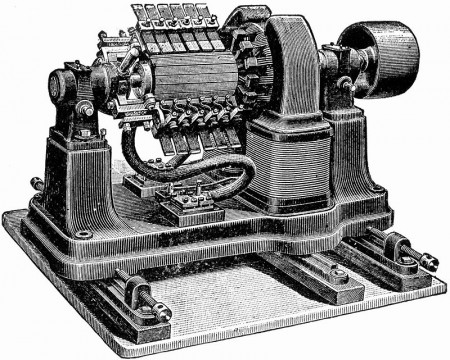 (Oct. 2, 2016) — The argument goes as follows: the Constitution was written when America was an agrarian society, and since we’ve become a (basic) giant (worldwide) metropolis, the rules of life have (somehow) changed.

“Thou shalt not steal” has come to mean “Whatever you can get away with.” Many a time we’ve witnessed a “repentant” public servant cry crocodile tears for having gotten caught red-handed* when we all know the theft would’ve continued unabated until infinity – or death – whichever comes first.

Was it just plain old “common sense” that kept the human population fairly constant, or was it held in constraint by some other force, perhaps something as simple as the washing of the hands with potable water? Perhaps it was a combination of too much free time away from ownership of property to renting a roof for the night, or by the month; perhaps a year’s lease?

As a rule of thumb, the neighborhood drinking establishment is patronized by renters on a Saturday afternoon versus homeowners, as proof of the argument.

Further proof of the argument of sloth versus industrialism can be found in the consensus of people who are out and about after the sun goes down: those with a job or people who wish to better themselves are “Early to bed, early to rise makes a man healthy and wise.”

In the world of reality (in today’s world) women are treated as nothing more than boxes to be checked: how many babies do you have, 3 or more? We fully understand that the old folks needed plenty of kids to help on the farm and during old age, but nowadays it is considered more efficient to drill for oil and refine the oil into a combustible to power complicated pieces of machinery that require – literally – millions of people to keep the whole complicated system running smoothly and, some may argue, efficiently.

This worldwide system – the system of reliance on concentrated authority – that controls every facet of the means of production has been, I dare say, the root of the insane world that we – the living – have inherited from our forefathers. “Reason” has come to mean “In the eye of the beholder” and not as a tablet written in stone. “Reason” and “obvious” are now catchwords that have become meaningless in the endless sea of verbal discourse that, in the end, mean very little; nothing at all; or “let’s see what happens”: take your pick while you toss the dart (blindfolded) at the dartboard.

The word “ironic” looms large in this discussion, as in “Isn’t it ironic” that the government that is supposed to assist us Americans in living an improved life, an enlightened life, rather than a controlled existence that is dependent on as many outside factors beyond each of our immediate control, doesn’t seem to be working in our best interests?”

It is without happenstance that our system of rules and regulations has made our government stronger rather than just a force of protection from foreign enemies. One only has to point to a few roadblocks to bring the whole system down, rather than the philosophy of self-reliance. The most obvious and egregious example of the choice between freedom and government is the destruction – read “elimination” – of the farmland surrounding large metropolitan areas: communities used to be buffered by rolling acres of land set aside for grazing and growing crops until the land values (and taxes) become too prohibitive to raise food versus growing humans.

Governments have deemed it noteworthy that an acre of land is more valuable for a thousand humans to live in a multi-story building than it is to grow crops or animals for sustenance. Governments thwart attempts at self-sufficiency as opposed to reliance on Big Brother.

We’re now approaching the age of “Non-reason” where the phrase “Plausible deniability” is accepted as an excuse for a lie, and once we cross that bridge there’s no turning back. Once we overlook and accept lies from Hillary as to be consistent with each of our “personal world view,” then we’ve tumbled down into the abyss of kissing the Truth goodbye forever.

It really comes down to the question of trusting the government to do the right thing for all of us or the government making us more vulnerable to hardship and chaos. What has our local government done to protect farms (or any land) from being destroyed by developers (clear-cutting and strip-mining)? What have they done to protect us from power outages? Do our homes have stoves for heating with wood? Do we have generators to power our lights? Do we have cisterns? Do we have a transportation system that isn’t reliant on a gas pump? Do we have safety measures put in place to protect our vulnerable electrical grid from psychopathic Muslims or an EMP?

And, lastly, do we have the ability to recognize where we’re vulnerable and what to do about it if we are? As citizens of one country among many, are we able to stand for what we say we believe in – Truth, Justice and the American way – or are we to kiss it all goodbye and accept Hilary’s lies? Money is a great motivator, but there’s no substitute on this earth than love for the homeland, and if any of our citizens are willing to put money and power ahead of country then they are nothing more than traitors and deserve to be dealt with accordingly, during times of war (which we’re in) and during times of peace (which we’re not).

[*”Unrepentant” Lois Lerner just nonchalantly packing up her stuff and calmly walking out of the hearings after refusing to testify about her unlawful activities in going after non-profit organizations trying to save America from the likes of Obama and the Muslim Brotherhood.]

“A Hard Rain’s a Gonna Fall”