“MR. COFFEE IS ON THE RECORD”

(Sep. 26, 2016) — On Sunday, The Post & Email published an article containing the first part of a letter from Tennessee inmate Walter Francis Fitzpatrick, III describing his short-lived testimony in Shelby County on August 16 in response to a subpoena from inmate Jerome L. Johnson’s attorney.

In the 30-page communication received nearly a month after it was written, Fitzpatrick stated that Shelby County Criminal Court Judge Lee Coffee swore him in and the inmate’s defense attorney began asking him questions about his knowledge of Tennessee grand jury operations.  However, within five minutes, Coffee angrily ordered Fitzpatrick out of the witness chair.

Coffee reportedly then took the position of a prosecuting attorney, abandoning his role as an “impartial” jurist.  In his letter, Fitzpatrick reported that Coffee was forced to admit that like Johnson and Fitzpatrick, he was unable to decipher the signature of the grand jury foreman appearing on Johnson’s December 2, 2010 indictment.

In the fall of 2009, Fitzpatrick discovered, during the process of filing a petition with the Monroe County criminal court clerk for a grand jury review, that the grand jury foreman had not only been hand-picked by a judge, but also had been serving for 28 consecutive years. Later, Fitzpatrick was able to confirm through an open records request that the court held no documentation of Gary Pettway’s appointment as grand jury foreman.

On April 1, 2010, Fitzpatrick attempted to effect a peaceful citizen’s arrest of Pettway for violating the state law which mandates that no juror can serve consecutively within a 24-month period. Instead, Fitzpatrick was arrested by Monroe County Sheriff’s Department deputies and spent five days in the Monroe County jail.

During a June 28, 2010 arraignment hearing on the six charges leveled against Fitzpatrick, then-Judge Carroll Lee Ross declared that he would continue to appoint and reappoint Pettway for as long as he wished, although his statement did not appear in the official court transcript obtained months later by this publication.

Fitzpatrick was jailed four more times in Monroe County, including for his eventual conviction of “riot” and “disturbing a public meeting” stemming from the citizen’s arrest.

In February 2012, Fitzpatrick moved to McMinn County, the location of the 1946 “Battle of Athens.”

After attempting to approach the McMinn County grand jury in March 2014 with evidence of what he believed was systemic government corruption, including within the grand jury, Fitzpatrick was arrested, charged with three felonies and a misdemeanor, tried and convicted of two felonies and sentenced to state prison for three years.

He is currently housed at the West Tennessee State Penitentiary (WTSP) in Henning, one of the states most dangerous facilities, with approximately one more year of incarceration left.

Like Monroe, McMinn, and other counties throughout the state, Shelby County has longstanding grand jury foremen appointed by criminal court judges, but in a unique twist, the judges also appoint a “foreman pro tempore” who is one of the 12 remaining grand jurors outside of the foreman.

Since 2010, Fitzpatrick has called for the FBI to investigate Tennessee judges for “rigging” the grand juries and consequently incarcerating the citizens they are expected to serve without constitutional due process.  He described Coffee as having revealed that Shelby County grand juries are operated outside the law.

Fitzpatrick’s letter describing the August 16 hearing continues below from the bottom of page 10. 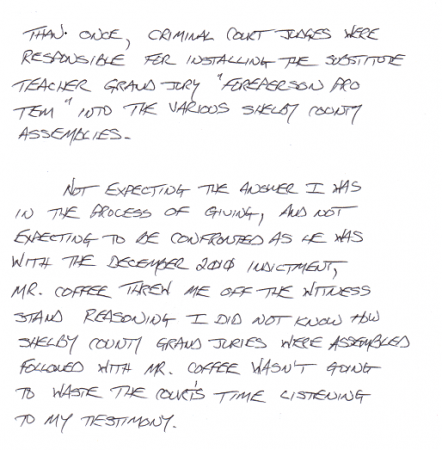 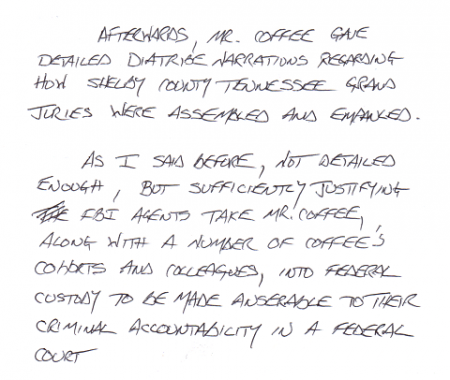 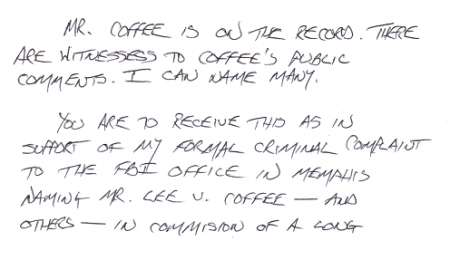 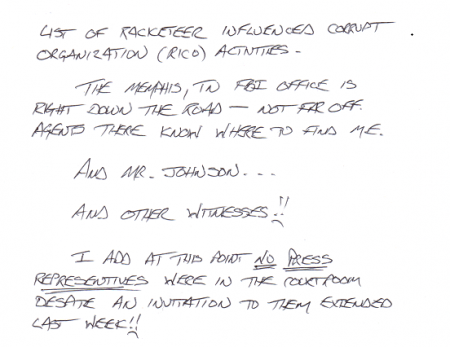 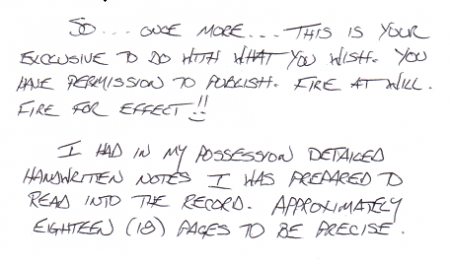 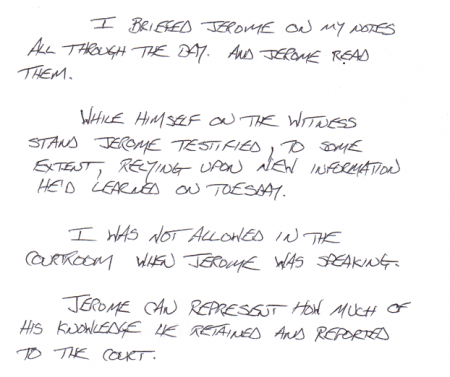 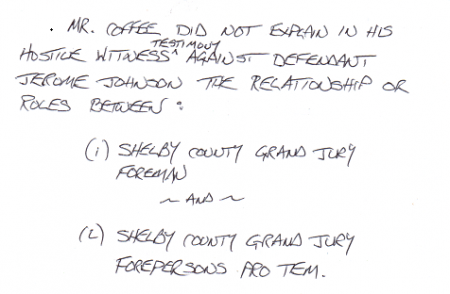 To be continued in Part 3 in the near future.