“THE NORTHWEST PRISON IS RAN BY THE GANGS” 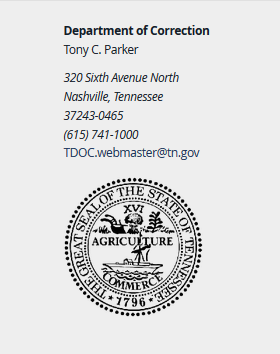 Upon retrieving the office mail approximately an hour later, The Post & Email received a similar story from an inmate at the Northwest Correctional Complex (NWCX), a state-run prison in Tiptonville.  “The Northwest prison is ran by the gangs,” he wrote.  “Most of the officers are even scared to say anything to them.”  He went on to describe how he was robbed by two gang members and rebuked for calling for help as it occurred.

NWCX has been known for housing the most dangerous prisoners and for a gang uprising in July of last year.  While the incident was reported by mainstream outlets, many incidents have gone unreported.  At the time, then-NWCX inmate Walter Francis Fitzpatrick, III told The Post & Email that Warden Mike Parris was “working in a panic” to prevent details of the July 24, 2015 gang violence from becoming public.

A number of fellow NWCX inmates have reported tense conditions there due to gang activity and poor management.  In August of last year, current and former TDOC employees testified to a legislative subcommittee about the conditions which they said have led to increased injuries, employee fatigue, and significant attrition in the workforce, spurring a severe staffing shortage experienced across the state’s 14 prisons.

In October, after a cursory inspection of five Tennessee prisons in three days which included NWCX, the American Correctional Association (ACA) reported that the prisons were found to be “smoothly operating.”

The ACA did not respond to The Post & Email’s request for a copy of a report from a more recent inspection of NWCX this past March nor to an email sent several months ago to one of its board members. 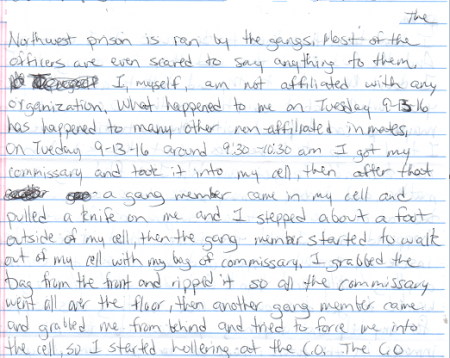 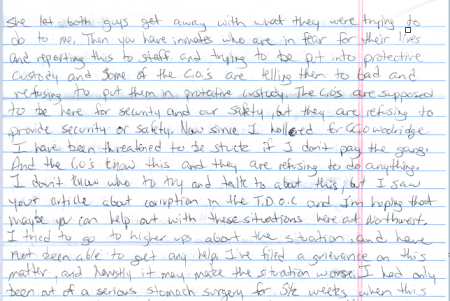 One Response to "Report Says Gang Members Dictate Conditions at NWCX, Too"