AN “END-RUN” AROUND THE STATE CONSTITUTION 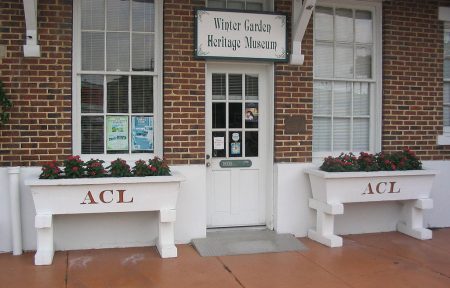 (Sep. 22, 2016) — Article I, Florida Constitution, SECTION 1; Political power All political power is inherent in the people. The enunciation herein of certain rights shall not be construed to deny or impair others retained by the people.

SECTION 2: All natural persons, female and male alike, are equal before the law and have inalienable rights, among which are the right to enjoy and defend life and liberty, to pursue happiness, to be rewarded for industry, and to acquire, possess and protect property; except that the ownership, inheritance, disposition and possession of real property by aliens ineligible for citizenship may be regulated or prohibited by law. No person shall be deprived of any right because of race, religion, national origin, or physical disability.

I want to start this concern, which bothers me greatly, by presenting two Articles of Florida’s Constitution, and then refer to those in Florida, in particular, and America in general, who still embrace the “Rule of Law,” a parchment of societal standards that all persons are to abide by, including, and especially, those we elect to represent us.

Case-in-Point:  A city in Florida known as Winter Garden has informed its commercial/business residents that they must remove all restrictive (steel) “bars,” gates and/or gratings from their windows, doors, and other structures within a defined time period. *There appears to be a local legislative measure being considered to enforce this decision. The residents have been told to concede to the alternative “protective” measures of today’s electronics (alarms) and police protection, the reason being that Winter Garden is upgrading/modernizing and the steel bars/gates/gratings do not fit into the aesthetics or ambiance that the so-called leaders prefer.  Winter Garden’s representative has even “declared” that crime is down and that there is no reason for such security.

You can see their limited thinking never considers that “crime” may be down because these good citizens paid for and installed the protective measures throughout their businesses.  I have to ask, “How bizarre has the thinking of some community ‘leaders’ become?”

To tell business owners that “looking pretty” is more important than protecting life and property reveals that we are going backwards in our mental thought process. Telling citizens that “keeping up with the Joneses” is more important than the need to protect themselves requires a review by the citizenry of just how much “power” (Article 1, Sec. 1), have we relinquished to the “misdirected.”

The question that concerns me is, “Is this an ‘end-run’ around Florida’s Constitution to remove people’s rights to protect themselves?” (Article 1, Sec. 2).

If you can’t just take their guns away, then set a precedent by “chipping away” at other inherent but less-obvious rights that allow the citizenry to protect life and property, regardless as to whether those measures are “passive” steel (gates/bars/locks/grates, etc.) or revealingly “active” protective measures such as rifles, pistols, etc.

No one is saying that this is the intent in Winter Garden, but let someone set a precedent in any locale, and someone else is sure to use and embellish that ordinance for devious purposes.

There is no doubt that this considered ordinance is both foolish and selfish in its intent simply because they are only concerned about how they look to others and not how they look to or represent the people who placed them in office. **I suggest that this be challenged for its lack of constitutional validity. You cannot deny people’s rights to protect themselves just so the community can look “good” while being “robbed,” hurt, or even killed!

**It appears to me that elected officials have gotten too arrogant and far too oblivious to the needs of the People, and We the People need to inject a Constitutional Amendment process for votes of confidence for all elected officials who have forgotten their oath of office and that their allegiance belongs only to the People.

A “Vote-of-Confidence” process should be much more lenient in its initializing process than any impeachment procedures now in place, as that process is intentionally adverse to the needs of the People and in many cases unreachable by the People.

When the People have decided that an individual is no longer acting in or representing the best interests and needs of the entire People, then a petition process needs to be put in place where the Citizens can remove one or more individuals through a Vote of Confidence procedure.

An elected official’s position should be such an “Undesirable” position for which only dedicated people will be called to serve. What was once designated an honor – to serve – has become the insult of poor representation at all levels of government…so let the People decide.

Suggestion and opinion presented by one who put his life on the line so we can live under a Constitution, not be smothered by those who wish to ignore its value.

Is Passive Resistance to Crime Now Illegal in the State of Florida? added on Thursday, September 22, 2016