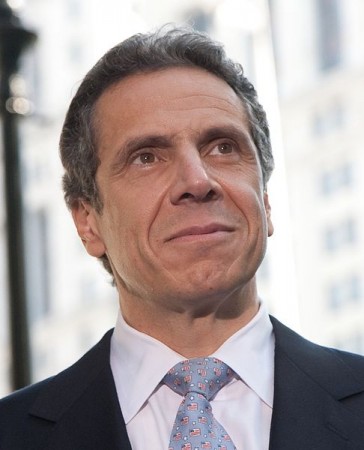 (Sep. 19, 2016) — At approximately 7:35 AM on Monday, New York Gov. Andrew Cuomo said on Fox & Friends  that a “foreign connection” is believed to exist concerning a newly-named suspect in the bomb attack in New York City on Saturday night.

As the three called-hosts were interviewing Cuomo, the name and photo  of a suspect were released by the FBI, which Cuomo confirmed was the name he was given.  He did not divulge any other details of the investigation so as to preserve its integrity.

The FBI has identified 28-year-old Ahmad Khan Rahami as its suspect with purported foreign connections. Rahami is reporedly a naturalized U.S. citizen.

Co-host Steve Doocey stated that there are other individuals with similar names and that the suspect is not to be confused with those individuals.

Saturday’s explosion emanated from a dumpster in the Chelsea section of Manhattan in the area of at West 23rd Street and Sixth Avenue and blew out the windows of a facility for the blind. Police later evacuated the area but did not immediately state the cause of the blast.

Twenty-nine people were injured and sought medical attention at area hospitals, from which all have reportedly been released. There were no deaths, although one injury was said to be “serious.”

A second explosive device was found four blocks away which may be connected to a pipe bomb planted at the location of a planned military fundraising race in Seaside Park, NJ.  The race did not begin on time due to an overwhelming number of participants.

As of Sunday night, Cuomo said the New York City devices were an “act of terrorism” but that no “international” connection had yet been established.

In the earliest hour of Monday morning, five explosive devices were  found in a backpack at the train station in Elizabeth, NJ, one of which exploded while a police robot was handling it.  There were no human injuries.

The New Jersey and New York City bombs are now believed to be connected.

Also on Saturday night, a Somalian man stabbed nine people at a St. Cloud, MN mall and was shot dead by an off-duty police officer.  The terrorist group ISIS claimed inspiration for the attack.

Also over the weekend terror attacks occurred in Pakistan and Iraq, items which received little attention from the mainstream press.  A total of six attacks in Israel were also reported over the weekend.