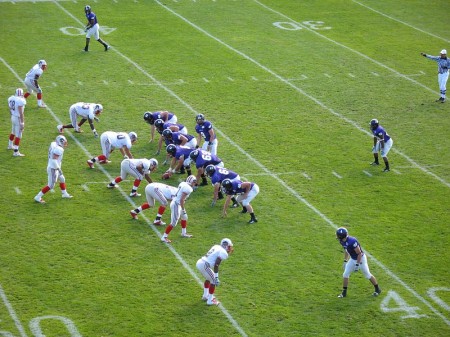 (Sep. 12, 2016) —  “Good day to everyone. This is Chief New Leaf bringing you ‘Pulse of the Nation,’ the show that tells the truth and nothing but. If you’re seeing this show in a different time slot, don’t blame us; since the rug has been yanked out from under us by the FCC – no more satellite broadcasting — we’ve been in disarray. No matter because here we are: enjoying the show.

“Hello, Miss. Care to answer a question for us?”

“Oh, hello. I read about your show in today’s paper, did you see it? No? Front page it was. Tells the whole story about the IRS targeting that church down on Hawthorn Street (reminds me of Lois Lerner targeting the Tea Party) and trying to close it down because the pastor was saying the truth about our de facto president. And we’re all proud of you and Mr. Roving for not cooperating with the Feds.”

“Oh? Front page? Thanks for telling me. Care to answer a question?”

“I’m sorry; I’m running a little late this morning. But I do want to make a statement, if that would be okay.”

“This thing about the information-challenged San Francisco football player – Kaepernick — who didn’t stand for our National Anthem, well, that really ticks us womenfolk off, I’m here to tell you and you viewers out there.

“Yes, I do. Myself, I couldn’t care less about the game. Where do they find these defensive coordinators from, the Skid Row? You got to be a complete idiot not to know the next play the offense is going to do. How dumb are they?”

“Interesting. You mind giving me an example?”

“Surely you’ve seen that play, as if they’re fooling anyone. But you know what? While all the attention is on the fullback running up the middle, next time look at the ends, both offensive and defensive ones. You know what they do? Have you seen it?

“I don’t know. Never thought about it.”

“No? Actually, even before the play starts, the offensive ends know the play because they were paying attention in the huddle, while the fullback had to receive his instructions from the sidelines.”

“You mean those people on the sidelines waving and jumping up and down before each play? Those people?”

“Yes; that’s right. They’re the ones who send the play in by using certain signals. But the fullbacks can’t read so they don’t get the play anyway: hence the quarterback has to point where they’re supposed to line up. Meanwhile – getting back to where I was going with the subject – the receivers have lawn chairs that they unfold – I kid you not – right there on the field and sit back while the fullback runs up the middle for a loss.”

“Funny, I’ve never actually seen that. What about the defensive ends? They have lawn chairs too?”

“Care to explain that one away?”

“Be more than glad too, but I’m running out of time so I’ll make it quick. The field has a finite length, am I right?”

“One hundred yards. You are right.”

“So the receiver is running to the corner in the end zone, turns around and has his hands up in the air ready to make a catch with six feet to go before he’s out-of-bounds, understand?”

“Sure; he’s going for the corner.”

“Right. And then after the corner?”

“Well, after the corner he’d be out-of-bounds.”

“Right; so how come the defensive end doesn’t turn around and catch the ball?”

“Good question. Actually I’ve thought of that one quite often. What’s the answer?”

“The answer is that it’s the defensive ends that carry the folding lawn chairs and they can’t turn around and catch the ball. You see, when those lawn chairs are stuck under their uniform it prohibits their ability to turn around and intercept the ball in the end zone.”

“And the coaches know this?”

“Of course not. Look, coaches are like everyone else: they’re watching the fullback take the handoff and run up the middle for a loss.”

“How long has this been going on, I mean the ends and the lawn chairs?”

“I don’t know, at least 50 years; but I do know that it was Cris Collingsworth who perfected the deception by introducing the mini lawn chair so that even linebackers could rest while the fullback was running for a loss.”

“But why would a linebacker require a mini?”

“No, you misunderstood me. Linebackers are big, and so a mini linebacker lawn chair is like misdirection. Actually, a linebacker’s mini-lawn chair is a super-deluxe lawn chair for the likes of you or me.”

“Bigger, yes. Made of steel instead of aluminum and has a built-in, battery-powered beer cooler.”

“Beer cooler? You mean the linebackers drink ice-cold beer during the game?”

“Where you been, Chief? Show me a linebacker not sucking down suds on a sunny Sunday afternoon and I’ll show you just a wanna-be.

“Look, I’m off track again. Getting back to that sleazeball who refused to stand for our flag, I’m going to a meeting to make football watchable again.”

“Yes, watchable. Men, well, at least guys who care about our country — patriots and veterans — are not watching pro football because of these stupid ‘Hands up; don’t shoot’ and ‘Black lives matter’ total losers, which means that because our husbands are not watching football they’re bothering us. We used to meet and go to the mall without men. Shopping was fun, but shopping is not fun with a man hanging on: Are you done? You tried that on already; I’m hungry.

“Now the men are at home with nothing to do. ‘When are we going to eat?’ So I’m going to a women’s meeting to make the NFL get with the program and make them understand that love for our flag is more important than a bunch of brain-dead and socially-irresponsible never-served-in-the-military people. Here’s my train. Bye.”

“Bye. Well, as she said, she didn’t have a lot of time to spare. I see that our time is up and so, on behalf of the crew, I’ll be wishing you all a good night: Goodnight.

“That was entertaining, if nothing else. All I can say is that the NFL better get their act together and choose between the country or making television revenue for Arabs that own  — or almost own – the broadcasting companies and do own the advertising companies. Arab oil spreading its hate for America. That these football players are being played as puppets is a given, because if they were protesting the Islamic takeover of the West they wouldn’t have gotten one red second of television time. Burger time: my treat.”