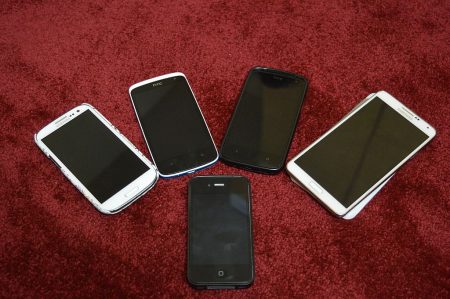 (Sep. 8, 2016) — As discussed here – addressing the potential that the Benghazi tragedy was in reality the consequence of a botched kidnapping plot – the Herculean efforts that HRC and her enablers went through using BleachBit software and other methods to try to eradicate the information on  her personal (i.e., unauthorized for State Department business) private computers and linked mobile devices are mind-boggling.  A good “current” overview of HRC’s e-mail defalcations is found here, but stay tuned for juicy updates here at The P&E.

As noted hereafter, in addition to BleachBit software, they also used somewhat less sophisticated tools (i.e., steel hammers) to destroy mobile devices and the information stored on them; they “lost” thirteen of the devices – along with backup thumb-drives – so the FBI could not forensically examine them; and they instructed various witnesses to refuse to answer investigators’ questions under claim of attorney-client confidentiality.  Rocket science, this is not: HRC and her minions are obstructing justice and, thus far, getting away with it, thanks to an incompetent FBI and complicit Justice Department.  And that doesn’t even touch the specific subject of Benghazi.

If instead of HRC, a Republican had taken only ONE of these actions, let alone scores of them, the Gray Trollop (aka The New York Times), The Washington Post, CBS, NBC, ABC, CNN, MSNBC,  etc., etc. would have been howling at the full moon like a pack of timber wolves on crack cocaine, yelping to hold the Republican “accountable.”  Recall, of course, that in contemporary journalistic “PC-speak,” the terms “accountable” and “accountability” apply only to conservatives and members of the GOP.  The use of either term in the same sentence with “HRC” is deemed to be a microaggression and a prohibited invasion of her “safe space.”  You’ve been warned.

But since the actor is, after all, HRC – and because they are her sycophantic subjects eager to get front-row seating in the White House press corps room in an HRC regime – they are perfectly content to continue shielding her.  They are as bad, if not worse, than the deceitful and felonious slug they defend.  Sad.   The completely unvarnished, hypocritical and naked deceit of the HRC machine and its cast of supporting B-movie characters is now in slow-motion meltdown, not unlike a vile video…, an ugly, vile video.

However, returning to the focus of this post, the recent release by the FBI of its “notes” on a July 2, 2016 “interview” of HRC provides additional evidence as to what might have really happened at Benghazi, Libya on September 11-12, 2012, summarized here.  The once “far-out” theory that HRC’s efforts – coordinated with those of the Usurper at 1600 – are consistent with panicked attempts to cover up a “botched kidnapping” of Ambassador Christopher Stevens in Benghazi is no longer as “conspiratorial” as it once seemed.

And now, with the revelation that the FBI and/or the “Justice” Department has now granted immunity to the individual who applied the BleachBit software to the HRC e-mails, the lawless depravity of the BHO regime, the FBI and its “Justice” Department is revealed for all to see.  To repeat, if one wants to view a vile video, just watch James Comey, Loretta Lynch and HRC cough up their excuses for their acts and omissions.

Parenthetically, those myriad exemptions range from “specific authorization under criteria established by executive order” to preservation of law enforcement techniques or procedures whose disclosure could “risk circumvention of the law.”  See 5 U.S.C. § 552(b).

It is sadly ironic that the FBI would completely redact information relating to the HRC interview – constituting nearly one-third of the total page volume of Part 1 of its “notes” – based on concerns that divulging it could, among other things, risk “circumvention of the law.”  Memo to the electorate: HRC and her apparatchiks have elevated “circumvention of the law” to a highly-refined art form.

Stated otherwise, the FBI conducted a thorough, objective and transparent interview and produced a solid investigative report in the same sense that your faithful servant could shot-put an aircraft carrier… which is to say: “not so much.” 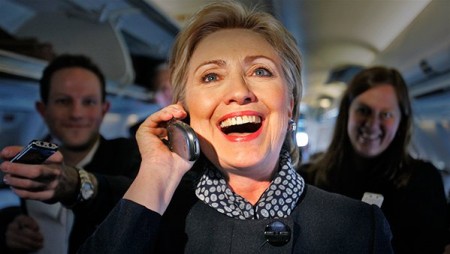 Returning to text, the FBI report identifies and uncovers – but takes great care to avoid detonating – several new landmines.  These range from (a) Clinton’s 13 (not solitary) mobile devices now missing or destroyed… including by hammers…; to (b) use of a Clinton Foundation … yes, that foundation…, Apple MacBook notebook computer (and backup thumb drive) to ferry HRC State Department e-mails around to new computers… both also now missing…; to (c) the serial assertions of “attorney-client privilege” in the meeting when FBI questions got too uncomfortable.  Read all of the notes to get the full, rancid flavor of HRC’s deceit.

However, from the information which is disclosed in the notes, the case for the “botched kidnapping” hypothesis underlying the Benghazi attack on September 11, 2012 is only further fortified.  And while many will consider the following discussion to be mere tinfoil hat conspiracy-theory, recall that the botched kidnapping theory answers a lot of questions still obscured by HRC’s stonewalling.  Recall as well that what was once ridiculed by HRC as a vast, “right-wing conspiracy” eventually was proven true and led to the impeachment of her husband, former President William Jefferson Clinton.  Curious?  Keep reading.

To begin with, and as background, during her July 2, 2016 FBI interview, HRC was asked to review a December 27, 2011 e-mail.  Part of her response to the FBI was that no State Department “policy or practice existed related to communicating around holidays and [that] it was often necessary to communicate in code or do the best you could to convey the information considering the system you were using [redaction].” (Emphasis added).  See FBI Notes, Part 2 at 7.  The clear import of this response is that HRC was confirming that coded terms – rather than actual identifiers – were “often necessary” to “convey the information” which was the subject of the e-mail.

Second, in Part 2 of the notes, at p. 6, the FBI references longtime HRC confidant and sycophant, Sidney Blumenthal.  To quote from the notes: “SIDNEY BLUMENTHAL, is a longtime friend of CLINTON who frequently sent information he thought would be useful.”  The report then notes: “After reviewing an email dated June 24, 2012, with the subject line: ‘Re: H: Here it is: latest, latest intel on MB/SCAF inside deal, Sid…,’ CLINTON commented it was a confusing time in Egypt and State was trying to obtain all of the intelligence it could on Egypt.  However, she had no concerns regarding the classification of the email.”

From this, it seems safe to conclude that the text of the June 24, 2012 e-mail involved the “latest, latest intel” regarding an “MB/SCAF inside deal” and the “confusing times” in Egypt.  Recall that on the same date, June 24, 2012, Mohamed Morsi was declared to be the new president-elect of Egypt.  Morsi’s wife, of course, is good friends with HRC and HRC’s aide, Huma Abedin.

Recall as well that less than a week later, Morsi gave a speech in Tahrir Square in Cairo vowing to pressure BHO to release the “Blind Sheikh,” Omar Abdel-Rahman, on “humanitarian grounds.”   Plainly, Morsi wanted Abdel-Rahman, imprisoned at the Butner Medical Facility in North Carolina and discussed here freed from captivity in an infidel prison.

The FBI had interviewed Blumenthal on January 7, 2016.  See FBI notes, Part 1, pp. 25-26.  In that interview, the FBI report states: “FBI investigation identified at least 179 e-mails [footnote ‘qqq’] that Blumenthal sent to Clinton containing information in memorandum format.”  The report continues: “The State [Department] FOIA process identified 24 memos from Blumenthal that contained information currently classified as CONFIDENTIAL and one as SECRET, both when sent and currently [footnotes 472, 473].”

The notes then reveal: “The FBI interviewed Blumenthal on January 7, 2016.  According to Blumenthal,  the content of the memos, which addressed topics to include Benghazi and foreign political developments, was provided to him from a number of different sources to include former USIC [United States Intelligence Community] employees and contacts, as well as contacts within foreign governments [footnotes 474 through 487, inclusive].” (Emphasis added).  Really?  The content of his memos to HRC contained matters relating to Benghazi as well as matters emanating from “contacts within foreign governments?”

We also know – anecdotally from a comment made by Judge Andrew Napolitano at the 8:45 mark of this video clip – that one of the beyond-top-secret “SAP” e-mails HRC mishandled on her computers and mobile devices included nothing less than the itinerary of Ambassador Christopher Stevens just prior to the September 12-13, 2012 Benghazi attacks.  If, as many computer forensic experts suspect, those e-mails were compromised by hackers, particularly if mishandled over mobile devices utilizing cellular networks in foreign nations, the itinerary could have been known to a lot of hostile actors.

Editor’s Note:  Please see the conclusion of this article here.

Of Vile Videos and the “MB/SCAF Inside Deal” added on Friday, September 9, 2016