“I CAN’T SAY THANK YOU ENOUGH” 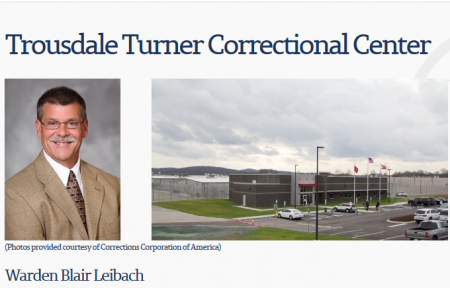 (Sep. 2, 2016) — [Editor’s Note:  The following letter was received on Friday from an inmate who has been writing to The Post & Email regularly about the conditions at the above-stated prison, which has been plagued with problems since its opening on January 6.

Mainstream media outlets have provided some coverage of the reported conditions there, which include under-staffing; gang members running the prison; unexplained inmate deaths; excessively long waiting times for relatives arriving for scheduled visitation; cold food served at all times of the day and evening; lack of showering facilities and other hygiene-related items; lack of medical care and dispersing of prescribed medications; constant lockdowns; and the denial of protective custody to inmates in credible fear of gang members threatening violence.

The company which owns and operates the prison, CCA, has ignored our several requests to speak with a company representative.

On August 18, the U.S. Department of Justice announced that it would not be renewing its expiring contracts with CCA and The GEO Group, another private prison operator, citing more dangerous conditions than were found by an inspector general at government-run prisons at the federal level.

Many TTCC prisoners have expressed that the state-run facilities from which they were brought to the new, privately-operated prison in Hartsville would prefer to return to those facilities, citing better food and access to the law library, among other factors.] 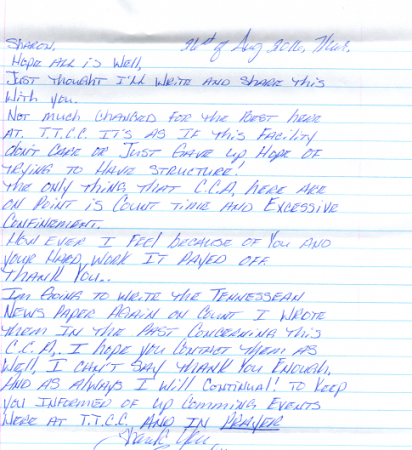