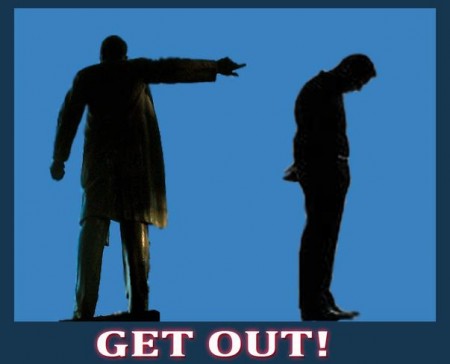 (Aug. 22, 2016) — Several weeks have, not so quietly, slithered by since the SAPPA Group filed the last report on the ongoing Federal Lawsuit which has been languishing in the District Court in Trenton, NJ for well over a year.  In that statement we reported that Judge Michael Shipp was in the process of expunging the pro se litigant’s Federal lawsuit without having to make a ruling based upon law and the Constitution.  We say not so quietly because there have been some very discernible tremors rattling the usually staid confines of the Federal Court System.

As a quick refresher, this case, Purpura v Christie, et al, was filed under the RICO Statutes and proved, very articulately and accurately, that the state of New Jersey, under the color of law, has violated and continues to violate the civil rights of its people.

Mr. Purpura, not an attorney, filed the case under rules which allow nonprofessionals to address and petition the Federal Government.  From the outset, counting on and anticipating that the very successful maneuvers the state and federal officials have used in the past to avoid actual litigation and Constitutional rulings naively took Mr. Purpura and the SAPPA Group lightly.  That was their first of many mistakes.

We chronicled the various illegal, unscrupulous and collaborative actions the court and the state attorneys employed, all of which were anticipated by Mr. Purpura and stopped in their tracks.  These actions and counter-actions can be seen HERE.

As a result, the first set of taxpayer-paid attorneys were demoted and replaced by higher-priced versions of people with pretty-much the same arrogant attitudes which harbored beliefs that they could ramrod the Federal Court into issuing rulings which would have not only been contrary to federal court procedures but would also have been unconstitutional.  They too, soon found out Purpura was ready for them. Several months of maneuvering elicited yet another shakeup as additional lawyers were added to the case.

Judge Shipp, an ideologically-appointed jurist who was promoted to the District Court by the liar-in-chief, the anti-American posing as President, Barry Obama, received notice that the SAPPA Group had not only filed a vacate-and-recall motion to his absurd court order to redo the original brief but had also filed an official request that District Court Chief Judge Simandle investigate the activity of Judge Shipp’s court.

While waiting for a response from Judge Shipp, Mr. Purpura filed another motion requesting that Judge Shipp recuse himself from the case on the grounds that he was unable to rule legally and constitutionally because that would run diametrically opposite to Obama’s position and anti-second amendment credo.

So why has Judge Shipp, after well over a year, failed to make a ruling on this case?  We believe he knows full well what Obama would want him to do.  He also knows that if he did so rule it would violate the Constitution and his oath of office.  We have informed Judge Shipp, many times, that his rulings should be based on law, precedent and the Constitution, as the SAPPA Group is going forward with an organized and accurately-bound chronicle of this case and will distribute it to law schools and legal institutions across this country.

After all this time it appears he intends to never rule on the legality of the 7 Claims of Relief as stated in the lawsuit.  The game plan he and his fellow collaborators have employed is based upon delay tactics and the research for any possible avenue of escape that would preclude going on record with rulings that would follow him throughout his career and beyond.

ON A SIDE NOTE:

Mr. Purpura has notified the SAPPA Group leadership that he is not done with Judge Shipp.  There is an abundant amount of data and information which points to dereliction of duty and his failure to perform in accordance with the oath he took to defend and protect the Constitution.  Substantial grounds for impeachment. More information to follow.

Shakeup in the Federal Court added on Monday, August 22, 2016

One Response to "Shakeup in the Federal Court"