WHAT PART DOES “FREE WILL” PLAY? 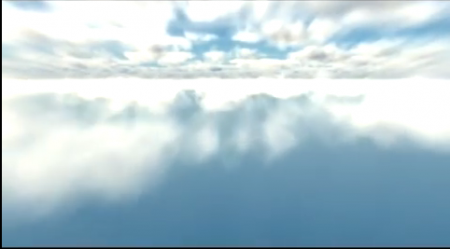 (Aug. 20, 2016) — Read this one link before you get all tied in a knot. Black person! http://www.independent.co.uk/news/world/americas/what-is-black-lives-matter-who-are-they-explained-alton-sterling-philando-castile-dallas-shooting-a7127561.html

Let me set at least one scene that we might consider and then when YOU disagree, go ahead and blow off some steam and still settle absolutely NOTHING!

If you are NOT a believer, just skip this first part and keep on ranting and raving and accomplish NOTHING.

God, the Creator God of Jews and Christians, stood observing the great void to His front. He was obviously in a contemplative mood. He appeared to be thinking over a number of options. Then, quite casually and calmly, He raised His arms purposefully to His front and slightly to both sides. He then, noticeably smiling, spoke aloud to an unknown listener or listeners out in front of Him in the vastness of the void. He said, “Yes, it now is set into motion, a beginning of time and space and humanity.”

From His presence emanated, with scarcely a sound, particulate matter both large and small, gaseous, and solids both monstrous and as dust. He then turned and disappeared as quietly as He had come. His final words were spoken cheerfully, “It is done!”

Today, some 13.8 Billions of years after the beginning, His creation is complete but yet in confusion. God, in an ultimate gift of love, gave humankind a precious endowment of “Free Will,” asking in return only obedience to His commandments, which, if obeyed, would ensure prosperity, charity, kindness and God’s all-encompassing Love of His Created Godly images.

Humankind, individually and collectively, has exercised the lesser gift of “Free Will,” rejected God’s righteous commandments and persisted in the most hateful, spiteful and hurtful activities imaginable.

The selfsame activities delineated by “Black Lives Matter” are perpetrated by those belonging to the “black” race. No one is picking on them. The genesis of their hurt is right there in their own homes and communities. Absentee fathers and illegitimate child-bearing are significant problems in black communities. The notion that slavery was a crime that requires compensation is pure misdirection, a phony issue.

Your community’s police force is a victim of your misdirected anger; YOU, young black man, cannot and will not win that battle. Rather, you will continue to alienate those who put their very lives on the line each and every day they report for duty. Grow up and man up. The Jesse Jacksons and Al Sharptons of this nation are your worst enemies. Pay heed to black gentlemen and ladies such as Dr. Thomas Sowell, Dr. Condoleezza Rice, and General Colin Powell. Lay the blame on the real criminals:  Barack Obama, Eric Holder, and gangs such as the Black Panthers and the Democrat Party.

Get back in church, emulate the Reverend Marin Luther King, pray to God for guidance and then listen for the answer. Get an education, Get a job. Grow up. And, remember one thing, “Whitey” is NOT going to aid and assist you in your darned nonsense and a slogan, “Black Lives Matter.” In God’s eyes, all lives matter, but you are going to have to live according to His rules. Lastly, Wise Up! And get a real life.