“DESTROYING AMERICA FROM WITHIN” 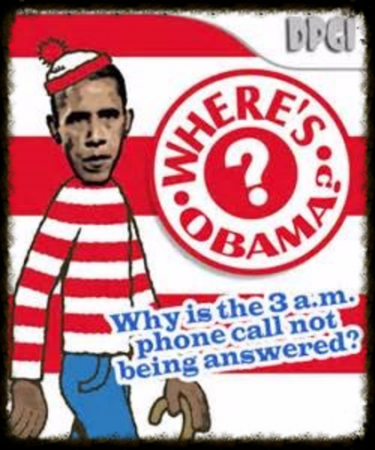 (Aug. 18, 2016) — Louisiana is under water and the Chicago Tribune (yes, Barack’s home town paper) headlined on August 17th, “With an estimated 40,000 homes damaged by deadly flooding, Louisiana could be looking at its biggest housing crunch since the miserable, bumbling aftermath of Hurricane Katrina a decade ago.”

Let’s see…who was the miserable bumbling idiot that messed up the aftermath of Katrina? Was it the Democratic mayor of New Orleans who refused to call for federal help while hundreds of busses that could have evacuated citizens were left in the ravaging flood waters? NO.

Was it the Democratic governor who wouldn’t call a Republican president for help? NO.

Who, then, did the Chicago Tribunes of the world blame?

It was George Bush. The miserable bumbling president who just flew over the devastation. He didn’t have the compassion or decency to land and see the suffering of the people first hand.

It’s now a decade later and as the Chicago Tribune notes, Louisiana is experiencing deadly flooding.  George W is long gone and Barack H is … well, he’s nowhere to be seen. Unless you’re at the golf course on Martha’s Vineyard. The current president is on vacation. Can we expect him to cut his golf games short to visit the suffering people of Louisiana? Of course not. As leader of the free world his duties are exhausting and we cannot begrudge him time to recharge his batteries.

This president, so different from George W, has been a compassionate and decent man of the people. His presidency has pulled inner city minorities out of poverty. It has brought about a peaceful relationship between the West and Islam. In the Holy Land it has brought Jews and Muslims together, experiencing Shalom and Suhl – peace. It has stopped the proliferation of nuclear weapons. It has produced quality, affordable health care for every single American. It has eliminated racial divide in America, Barack H being both black and white.

Except not one of these outcomes has actually occurred.

In fact, the opposite it the case. Islam’s war with the western world has exploded with tens of thousands of Christians being killed, kidnapped or made refugees. Israel is still fighting to survive as a nation. Our enemies are building nuclear weapons capabilities while we sit back and watch. Twice as many Americans are without health care, and our compassionate and decent president has openly fueled the fires of racial divide leading to the assassination of law enforcement officers around the country.

Along comes Hillary R. She has addressed the above issues and says she will fix them all when elected president. Has anyone questioned why they haven’t been fixed over the past nine years? Why she has to fix what Barack H has failed to do? How she can do what Barack H couldn’t, or wouldn’t, do?

I would expect a great majority of inner-city minorities who live in poverty will vote for her. It is amazing how the Democrats have spent $15 trillion on the war on poverty with no positive results. Yet those forced to live in this new slavery continue to vote for their slave masters.

When asked why he was protesting in Milwaukee after a black policeman shot and killed an armed black felon, a young black man gave a most telling answer. He didn’t even mention the police. He talked about living conditions in the black community, saying the rich people have the money and, “they won’t give us any.”

I venture to say he’ll go on protesting the police while voting for the politicians who are the real problem. As long as they say they will take from the rich and give to the poor they’ll get the votes. They are the new slave masters and he is one of the new slaves. The fact he and so many others don’t see what is so obvious explains why it is easy for progressives to destroy America from within.

Any conservative planning to stay home or vote for another candidate in November better think twice about that decision. If you do that, you are no better than Tim Kaine or any other politician who is “personally opposed” to abortion but supports every abortion bill while calling it women’s health. As a pro-life Christian I call them disgusting phonies.

Don’t be like them. Don’t say you are personally opposed to the progressive movement but will stay home or cast a vote that in essence puts Hillary R in the White House.