GOVERNMENT MALFEASANCE NOT LIMITED TO THE U.S.

(Aug. 18, 2016) — Brazil, China, Africa… corruption is a chronic disease of the world and one of the main causes of the current economic recession. What are the main antagonists of corruption? How to withstand it? Is it possible to clean out our society?

China, Brazil, South Africa, India, Mexico… – all these and many more developing countries are now suffering from a range of external factors, among which the most obvious are prolonged volatility of financial markets, the weakness of Europe, the fall in the price of oil and raw materials, and the Federal Reserve System rates increase.

Nevertheless, the main reason for the inhibited development and current economic difficulties of the above-mentioned countries and other countries similar to them is government corruption.

Let’s take Mexico as an example.

About 20 years ago, the government decided to build a new airport to relieve the already crowded current one, improve the country’s competitiveness and transform the city into a major regional center. After 20 years of hesitation, the plan was finally approved! Hooray! It was decided to entrust the project to the state enterprise and end it in 2020.

In troubled Mexico, such an ambitious idea looks very risky, especially because of the chronic corruption. The OECD (Organization for Economic Co-operation and Development) notes that given the importance of the airport, “effective governance, as well as fair and transparent tender policy are important criteria.” Well, none of the above is done up to date.

According to the World Bank, corruption absorbs from 10% to 30% of the funds allocated for major projects around the world. Conducted in 127 countries, the study found that one in seven operations becomes the object of misappropriation of funds. A total bribery, abuse of power, theft, and clientelism lead to a loss of 3.1 trillion dollars, which is 5.1% of the world GDP.

According to the chief specialist of the Middle East and North Africa Bank, Shanta Devarajan, quiet corruption in Tunisia under Ben Ali was the monopolization of all economic activity in the country in favor of the relatives and friends of President, which ultimately resulted in 20 years of stagnation. According to Shanta, the rise of the Islamic State can be explained by the loss of confidence in the young government institutions.

The international struggle against dirty money is moving forward slowly, but signed in November, the OECD agreement on tax transparency speeds it up somehow. Well, the overall progress totally depends on the progress of each separate country. Thus, the greatest obstacle is how close selfish financial and political interests are intertwined.

Brazil is an excellent example of this. For ten consecutive years, the country has demonstrated an outstanding growth, but then fell into a deep recession. In 2016, the GDP may fall by 2.5-3% with inflation at about 10 % and debt at about 70% of the GDP. The credit rating of the country is very poor, and the country is no longer immune from a possible default.

Moreover, the fall of export revenues may not serve as an explanation for this failure. The main thing is the inability of the political class to reform the system and the loss of confidence after an incredible series of scandals, including the one around Petrobras. It turned out that the oil company bought a galaxy of MPs and ministers, including the employees of the President’s Office.

You may be surprised, but China is also among the most corrupt countries. Xi Jinping is personally engaged in the fight against corruption, but this fight undermines the balance between the representatives of the Communist Party and heads of state-owned enterprises. This enrichment model has successfully worked for 30 years, but it’s now under attack.

What is happening in Brazil and China is even more typical for Africa. The economic growth of developing countries is impossible without a struggle against the abuse of power of politicians. Reformers like Xi Jinping must limit the possibility of their “friends” or even send them to prison. Well, it can be a very dangerous affair. History knows enough examples of failures. 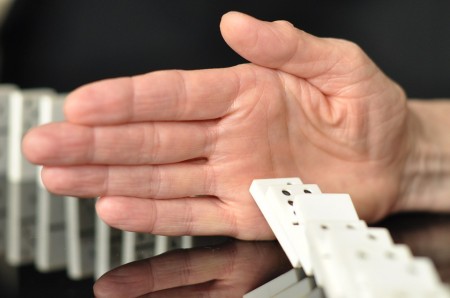 The developing countries will not soon return to earlier growth rates. The world economy relies heavily on them, but now it has to look for another driving force – the Internet.

According to Daniel Kaufmann from Natural Resource Governance Institute, the reformers should be based on civil society. This may relate to the transfer of a number of public functions from governments to private and nonprofit organizations due to the inability of governments to operate effectively. In such a case, it may be much easier to achieve transparency.

The new Tunisian constitution implies openness in all budget data, as well as free access to information on all projects and costs. In the Bolivian La Paz, residents of poor areas got an opportunity to send their suggestions and complaints.

In all these cases, the fight against corruption is intertwined with reformism. It would be rather naive to believe that the existing political parties will “clean out” themselves. People all over the world aspire to something new in politics, and the Internet is becoming a great tool for them because it gives them some power. The reformers also have no choice than to use the Internet if they want to restrain the appetites of their “friends” and move forward.

Lucy Adams is a blogger whose papers you can find by this URL. She’s a generalist, so feel free to supply her with any story ideas you may have. Lucy loves traveling, communicating with new people, and gaining new skills and experiences.

Corruption as the Scourge of the Developing Countries added on Thursday, August 18, 2016