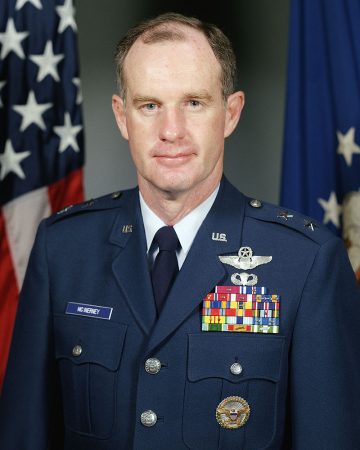 (Jul. 30, 2016) — “Good evening, ladies and gentlemen, and welcome to ‘Pulse of the Nation,’ the show that’s at the heartbeat of America. Hello, I’m Chief New Leaf, and I’ll be your host for tonight’s show. As you can see, we’re under the awning across the street from the railroad station about to ask people what’s on their minds.

“Excuse me, sir, got time to answer a question for ‘Pulse?’”

“Oh, it’s the Chief. Wife and I really enjoy the show. And the dog; can’t forget the dog.”

“Did you happen to catch the General* dressing down the Colonel** on national television this morning?”

“Look, I’m a Veteran and I know what a ‘dressing-down’ looks like, and boy, oh, boy, did we ever witness one this morning. And then to top it off, Marine Colonel Oliver North*** chimed in and seconded the General. And there’s my train. Bye.”

“Goodbye, and thank you for talking with us. Next.”

“How, Chief. What’s the question?”

“Did you happen to catch the political conventions?”

“Had to, it’s my job. I mean, I work for the same people you work for, but I’m in the newspaper division.”

“The exposé on how the DNC violated the trust of its members was appalling, there’s just no other word for it. Just as in a relationship, as man and wife, once dishonesty – the violation of trust, like adultery – has been exposed, the chance of a successful outcome is one big fat zero. It’s the end of the Democratic Party and the birth of the National Socialist Party, which is something that I never would have imagined would happen in America, the capital of Capitalism. I’ll stick around for a burger.”

“How back. Ready for the question? Okay, then; the question in two parts: Trump’s definition of a career politician is ‘One who lies.’ Do you agree, and if so, why? And Part II is: do you agree with Trump when he describes politicians as ‘Talkers and not doers’?”

“Wow, that sounds great. Everything free, for sure?”

“And no wars ever again. I’m voting for Hillary; it’s our only choice, isn’t it?”

“Yes, you’re right, I’m sure of it. But I’m just a little bit concerned on who is going to pay for all of this ‘free’ stuff.”

“That’s nice, to think that the hoodlums and the gangbangers wouldn’t have any guns to rob us with; I guess the ones they have they’ll just discard or turn in. But I seem to recall that knives, axes, cars, trucks and bombs have caused many murders. So maybe guns don’t shoot people; people shoot people.

“As far as the $15 an hour minimum wage goes, more people will lose their jobs. Even more restaurants will go out of business and more Mom & Pop operations will go under. I notice you failed to mention Obamacare, which Hillary says she’ll keep, which is just plain stupid: why would anyone support a failed system?”

“You Trump people are all the same. All you want is facts. Well, Hillary will be the first woman president, so there. And, before you say anything else, even though our military is smaller than it was, and the National Debt is bigger than it was, we’re still a stronger country than ever before. The best thing that ever could’ve happened was women in combat units and the LGBTs in the military.

“And as far as politicians lying, not Hillary. As for not doing what they say they will do, Hillary will do everything she says, and that includes NO WALL and AMNESTY FOR ALL. And here’s my train.”

“Bye. And there goes a lady who doesn’t want to be bothered with facts. Okay, I say keep your guns. I see that our time has vanished, so on behalf of the crew, I’ll be wishing you all a good night: Goodnight.

“Wow, one out-to-lunch lady: no facts; can you believe it? Hey, everybody, burger time! Roving’s treat.”