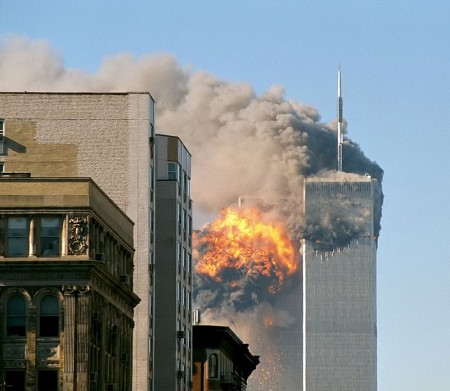 (Jul. 29, 2016) — “Good evening, ladies and gentlemen, and welcome to ‘Pulse of the Nation.’ As you can see, we’re at the university in Professor Wert’s office who, as I’m sure you know, just returned from a fact-finding tour to discover why our country is going down the tubes. How. I’m Chief New Leaf, and I’ll be your host for tonight’s show.

“Hello, Professor Wert, we received your note saying you’ve more important information to impart regarding the possible – ‘probable,’ in your words — death of our nation, so here we are to hear the bad news and, hopefully, make some sense of it all.”

“Hello, Chief, glad you could make it. Coffee and donuts to the left of you; make yourselves at home. I asked you out here to hear what I have to say about our way of life, which is under attack, not from without, but by the idiots we have within. On my travels I went around the British Isles and heard the same old story time after time.

“Let me say this before I start my discourse: forget Europe, especially Sweden and Germany. They’re history, or nearly so. The chance of Europe getting its act together is virtually non-existent. The chance of England ever being the England of World War II has vanished; their legacy of Churchill’s standing tall is but a pipe dream. Merkel is to blame for Germany and the Archbishop of Canterbury for England. The writing’s on the wall, but there’s nobody in authority to read it; they’re too much into themselves to care about the country in which they live.

“Same as here, but here it’s much worse, because we’ve had fair warning for years. Muslim Algerians perfected the car bomb in France and it worked so successfully that France pulled out of Algeria and gave it all back to the 16th century mob. It was France that set the modus operandi for today’s terror tactics. Had France gone into Algeria and wiped out the Muslims, maybe the world wouldn’t be in the mess it’s in today. The moral of it is that if you don’t stamp terror out in its inception, all it’ll do is fester, and Islam been festering for 1,500 years.

“The only way to win against Islam is to annihilate it, because if you don’t, it’ll be back the next day, even more diabolical than it was before. If you don’t think beheading a priest, forced to his knees at the altar of his church, isn’t the most blatant example of the intent to destroy everything Western Civilization stands for, you’d be very much mistaken.

“The media, in the way it reports the impending extermination of Western Civilization, is understated yet overwhelmingly so in-your-face as to be laughable (if it wasn’t so easily guileful; so clearly obvious; so underhanded as to be overlooked as to not be a danger, although it is, to the nth degree). They think subtle, and to the Obots and Hillary-lovers, the Socialists and the Communists, it is.

“What I mean is that subliminal suggestion* works, and there’s no better institution in the world which has done it better than Madison Avenue, the Mecca of advertising. The history of advertising, of what works, is required study for government propagandists or Political Science majors.

“Now, getting back to the USA, which is why I called you in the first place: first-off, it’s understandable why ethic groups live in close proximity when moving into a new and vastly different culture. I suppose the best example would be the Chinese moving into America: we have our ‘China Town’ in San Francisco, Chicago and New York; but not once has the Chinese community requested any special treatment due to cultural differences.

“Out of all the numerous groups of people who have been welcomed under the protectionist cloak of Lady Liberty (the Constitution), only one group has made outrageous demands on the American people for ‘special accommodations.’

“And the DOJ not only caves in, but actively participates in accommodating the savages’ demands. Oh, did I call Muslims ‘savages’? Did I mention ‘honor killings?’ No? Did I mention how they treat women? No? Do you want to hear some stories on the various methods of how Muslim husbands get rid of – perhaps older — wives to make room for – perhaps younger — child brides? Did I say that the whole ‘religious’ idea of Islam is for old men to possess young girls?

“Look, I know that I’m sounding like an alarmist, but there comes a tipping point. Germany and other European countries have already passed the halfway point.

“Let me tell you something: in the election of 2012 there was this one presidential candidate who ran on the platform of DEPORTING each and every Muslim from our country, so there may be some hope after all. What I’m saying is that we have a choice: do we win and save our country or do we cave in and kiss our Constitution and country goodbye?

“These Muslim communities are a far cry from yesterday’s communities of the Chinese. These Muslim cesspools are, for want of a better word, garbage dumps, and I’m not just referring to the trash but also the people.

“The rape of a five-year-old girl in Twin Falls, Idaho was not an isolated abnormality. I’m not going over it now, but if you’re familiar with the atrocities in the Beslan, Russia, school massacre, you know that all the little girls were not indiscriminately murdered. Are we clear? And are we also clear what a Muslim community will do to your neighborhood; your community; your town; city and country?

“Would it be okay if I look directly at your camera? Is it allowed? Okay, then I will do so. People, we are in danger. What we’ve seen happening in Europe and in other places in the world, from the nightclub in Bali to the church in Normandy, is about to explode on us here, in our hometowns. Do we want it to keep getting more dangerous, or do we want to be safer and safer?

“A vote for Hillary is the continuation of the Muslim Brotherhood and CAIR and the operative dictates by the DOJ in our country. It’s people like FBI Director James Comey not doing his job; it’s recipients of welfare getting paid for nothing: we give them money and they don’t even clean the streets where they live.

“Wake up, America, and use the brains that the Good Lord gave you. Do we want a safe place in which to raise our young, or do we want decimated communities where it’s just a matter of Russian roulette if we make it back home safely?”

“Thank you, Professor, for sharing your insightful views with us. I’m sorry, but our time has expired and so, on behalf of the crew, I’ll be thanking you all for watching and wishing you all a good night: Goodnight.

“Good show, guys. Hey, Professor, join us for a burger in your cafeteria, will you? My treat.”

[*Mind control: The old throwing-in of one frame of a photo of popcorn during the drive-in movie is no different than throwing in a photo of Hillary during the “Movie of the Week” or during a ballgame. A good movie of subliminal suggestion is the 1954 movie “The Manchurian Candidate.”]