WILL ECONOMIC WINDS SHIFT IN TRUMP’S FAVOR, OR WILL CLINTON PREVAIL? 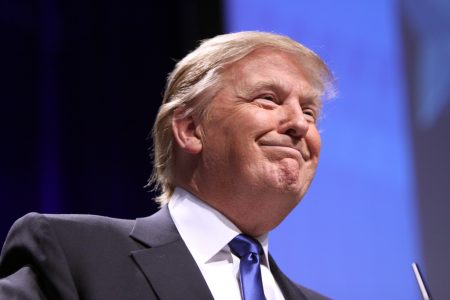 (Jul. 26, 2016) — When Donald Trump declared interest in running for office, most political analysts said there was no possibility of him winning the GOP nomination. Some of the reasons stated at the time include the fact that he has never held office, he loved upsetting the electorates and the fact that the party hierarchy didn’t really trust him.

He has since gone on to clinch the nomination and the talk has since shifted to how he wouldn’t stand a chance in a race against Hillary Clinton.  Bookies are offering odds in favour of Hillary, and even new bingo sites that listed in directory sites are weighing in with anti-Donald games.

Polls have equally shown that Trump would lose to Clinton, who should clinch the Democrat nomination, today if elections were held.  However, elections are around three months away.

That is a very long time in politics.   Whilst most people think Hillary Clinton will succeed Barack Obama in the White House, the state of the economy in the US suggests it may well be Donald Trump on the seat when the time comes.

State of the Economy

The first step to accepting a possible Trump presidency is to accept the fact that the economy is struggling.  In the first 3 months of this year, growth slowed to an annualised 0.5%. This means almost zero economic expansion. In previous years, the weather has borne the blame but this wasn’t the case this year.

The latest non-farm payrolls figures came in at 160,000. This is well below the 200,000 expected by Wall Street.    In recent months, weak economic data has been a regular feature. Investment activities are at their lowest as companies are buying back their own shares instead of spending on new machinery and all round expansion.  This approach fuelled by low interest rates has helped to keep share prices high but not without costs.  Productivity growth has been in the negative.

The major result of the economic lull is modest growth in wages, which are still growing at 2.5% a year.  The most optimistic analysts expect a 2% economic growth for the US this year. This means that there is a good chance of a negative economy (a sharp slump on Wall Street could trigger it) just before Americans go to the polls in November.

Following the point on the economy, there are millions of Americans that feel forgotten. Recovery from the recession has only been felt by few.  This has created a pool that has been tapped into by not just Donald Trump but also Bernie Sanders.

Trump, though a billionaire, has been able to transform himself into the mouthpiece of the “neglected guy” who is anti-establishment.  His campaign has heavily hinged on populism. He wants an end to free trade deals, he wants to cut down immigration by building walls along the Mexican border, he wants 40% tariff barriers on imported goods etc. Yet many people have bought into his promise.

Let’s consider the possibility of a Wall Street crash over the summer leading to an economic slide. Will the experienced head or the anti-establishment outsider win?   Donald Trump’s policies are not coherent and more scrutiny can scatter it all into the wind over the next few months. However, his campaign has shown that he focuses on things that appeal to his audience at the gut level.  He is one of the best salesmen in politics today and will therefore milk the economic situation to the last drop.

US Economy a Big Boost for Donald Trump added on Tuesday, July 26, 2016