The Weight of One Vote (RR)

“THE SILENT MAJORITY GETS IT” 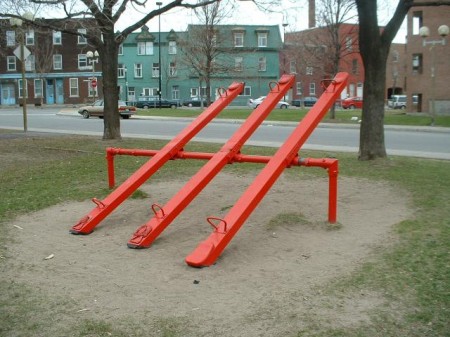 (Jul. 26, 2016) — “Good evening, ladies and gentlemen, and welcome to ‘Pulse of the Nation,’ the show that lets you know what’s happening. Hello, I’m your Roving Reporter broadcasting from Boulder City, Nevada. We’re in the parlor of ‘The Fortune Telling Gypsy: Madam Zeki Wolfski.’ The madam is elderly and wearing a well-worn gold lamé robe with some rather intricate designs sown on. We see stars and black cats; lightning bolts and caldrons; whiffs of smoke and, believe it or not, what looks like a teeter-totter.

“First of all, allow me to extend our appreciation for allowing us to film this interview. We understand you’ve been given a rather unique gift and have a startling record of hitting the nail on the head.”

“That’s nice; that’s what we want to hear. When do you predict it will end?”

“This I do not know. That information has not been revealed to me. But, trust me, the drought will end.”

“Ah, that’s really great. What a way to start off. I, for one, am just giddy with glee. You wouldn’t have any more earth-shaking, startling revelations for us?”

“One day the Golden State’s San Andreas Fault will do her in.”

“You wouldn’t, by any chance, have a timeline on that one, or has that information also not been revealed to you?”

“I detect a note of sarcasm; a hint of incredulity; a touch of denial; a skeptic. I told you fair and square what I foresee and you mock, so let’s start from the beginning: Hello, I’m Madam Zeki Wolfski, and if you make fun of me I’ll turn you into a frog.”

“Okay, okay, that’ll do. I got it. Please tell us about the next election. Who will win?”

“Trump will win in the biggest landslide in the history of voting for a president since George Washington. Next question.”

“I’ve been working on a song. Here, let me grab my guitar and sing it for you:

Shut up and give me your loot.

Hands up and pay up

Dish out more for our satisfaction.

Hands up and don’t shoot.

Play your swan song with harps and lutes

‘cause we’re the ignorants

for giving America the axe.’

“Will do, and thank you. Who gave up Hillary’s emails?”

“It was an inside job. Next question.”

“Is it possible for people to forgive? I mean, I read it in the Bible, but does it really happen?”

“The saying ‘Love conquers all’ was not said in jest. Next question.”

“Will Americans finally understand that Islam is not a religion but a political entity?”

“Will Bernie Sanders ever stand up like a man or will he go off into the sunset as a bought-and-paid-for traitor to the United States Constitution?”

“He’ll cave. He doesn’t have the backbone or the integrity to stand tall. He was always a taker; never a contributor. Next question.”

“Will the silent majority ever get with the program?”

“Look, Sonny Boy, the Silent Majority has been buying the guns and the ammo ever since the de facto president Obama took over the White House, along with the Muslim Brotherhood. I had relatives who lived in Armenia, so I know about the depravity of the followers of Islam. Yes, the Silent Majority gets it. All they need is a leader. They have to vote for Trump; that’s the key.

“A few years ago there was a guy who ran for president. He and his vice president said that they wouldn’t take any vacations; not waste one second on any reelection nonsense; that they would spend all their time fixing America; to keep the perks and work for $1.00 a year. Trump seems the closest that’s come down the pike since then. Let’s hope that’s true.”

“You really have a beautiful house.”

“Thank you. I bet on the dogs and been very lucky. I like dogs but I’ve found that I don’t do well unless I go to the track and see the dogs in person. Any more questions?”

“One. What is the future of our country?”

“You’ll do very well as long as you stay true to your convictions, which many of you lack. You have too many couples who don’t hold hands in church service anymore, let alone even going to Sunday services.

“A marriage is a marriage of trust, and the Good Lord gave us the ability to find one another. That’s all I have to say on the subject, but after the love of Our Lord Jesus Christ and the love for each other, the love for country, as long as there’s a chance, is the greatest.

“There’s no shame in retreating. Sometimes it’s better to retreat and regroup and then come back into the fight better and stronger than ever before. I’m sorry, but I’m getting a little bit tired, so I’ll make this short.

“Well, viewers, our time is up. I’d like to thank the Chief and Professor Zorkophski for filling in for me. And welcome home, Professor Professor Wert. And so, on behalf of my crew, I’ll be wishing you all a good night: Goodnight.

“Good show. Too bad about Bernie: he could’ve gone out on top; all he had to do was tell the truth. I mean, he’s going out anyway, isn’t he? He should’ve been a veteran; maybe he would’ve realized that second chances to address the nation are so rare that he should’ve made the best of it rather than squander his legacy to one of selling out: just another Judas in the whole history of Judases. Burger time: my treat.”