“NO PLACE IS SAFE ANYMORE” 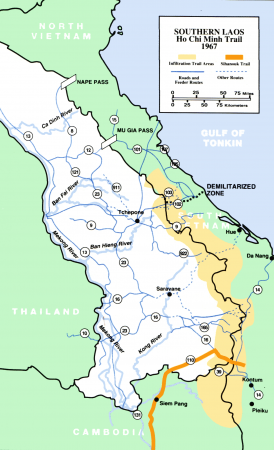 (Jul. 19, 2016) — “Good evening, ladies and gentlemen, and welcome to ‘Pulse of the Nation,’ the show that just lays it out for you, the viewers, to make up your own mind. We’re back on our favorite corner, standing under the awning, waylaying people just like you and ask them what concerns them.

“Excuse me, Miss, got time for a question?”

“With my hair looking like this? Are you kidding?”

“That was short. Here comes another one, but wait, ‘Hair Lady’ returns.”

“Sorry about that. Husband left me this morning, but it’s no surprise: he told me two weeks ago he was leaving.”

“You mean to say he gave you two weeks’ notice? Never heard of anything like that. What did you do, if anything, to make him leave?”

“I was cheating on him, but I didn’t think he’d ever figure it out. He never said a word about it.”

“So why are you upset? I mean, you got what you wanted, it seems.”

“You know, you’re right. I’ll file for divorce; after all, he deserted me, so there. Okay, I feel better, thank you. Now, what’s your question?”

“Did you happen to catch the RNC convention last night, and if you did, what did you think about it?”

“I liked it. I really liked Melania’s speech. What I didn’t like about the show was when Rudy and the others were apologists for the Muslims.”

“Like the stupid ‘Name the Enemy’ game. How childish. ‘Muslims are good; it’s just the Islamic nut cases we have to worry about’ speech that gets me. Remember that TV producer in New York that decapitated his wife ‘cause she was divorcing him? He was considered a ‘moderate,’ so there. Other than that, it was pretty good. Look, I’ve got a train to catch. Bye.”

“Goodbye. Excuse me; oh, you’re that crazy Vietnam Veteran with the talking dog.”

“What talking dog? Now who’s the crazy one? Of course dogs talk; they bark and whine and growl, isn’t that right, you little Poochie-Poo?”

“See, that’s the beauty of the editing process: we’ll just erase that part.”

“You heard me: eggshells.”

“Now what the heck is that supposed to mean?”

“Vietnam Veterans are at the twilight of their lives, is what I mean, so what’s the big difference of dying now or in a couple of lousy years? Can you tell me that? What I’m saying is that we Vietnam Vets are at the tipping point in our lives, so if we ‘go postal’ it’s almost as if it’s expected, you know what I mean?”

“So the ‘eggshell’ reference is you better be careful about what you say, or, to be a little bit more accurate, what you may, or even MAY NOT, say, are we understanding?”

“No wonder everyone is a little on edge whenever they’re introduced to ‘He’s a Vietnam Veteran.’ Okay, I get it. So what sets you off these days? I mean, besides everything?”

“This I have to say, Chief: you got ‘em. You are truly either an extremely brave or stupid man. What sets me off is how is it remotely possible that anyone could support Hillary, is what. You hate America that much, maybe you better just get out of my way and move to Syria or China; your choice.”

“I see. Are you the only one who thinks that way, or are there others?”

“Including my dog, millions and millions. Let me just say that if I ever come across another Vietnam Vet who supports Hillary, they’ll remember us.”

“Oh, nothing. Um, maybe this interview is over. Thank you for, uh, warning us? Next, please. Hello, I’m the Chief filling in for Roving. What are you up to today?”

“Hello, Chief. Watch the ‘Pulse’ every night with the wife. And the dog; can’t forget man’s best friend, now, can we? Remember the Chinese selling us dog food that was poisoned? And when they gave us our spy plane back it was in boxes.”

“Sounds like you don’t have much love for the Chinese.”

“MacArthur – that would be Douglas – had it right when he told Truman we ought to march up right on through North Korea and take out China. And, look, we could’ve done the same thing in Vietnam: we could’ve said to the North Vietnamese, ‘Let’s join forces and take out China.’ I know it would never have happened, but the Vietnamese hate China as much as Koreans.”

“What’s your take on these terrorist attacks that’s been happening all over the world?”

“And been happening. Remember the nightclub bombing in Bali? All over the world they murder. No place is safe anymore. They think of any non-Muslim as bugs, I kid you not. I’m nothing but a bug to them, you too; we all are. Muslims are a bunch of sickos, and that’s the bottom line.”

“Wouldn’t have missed it for the world. I thought Melania’s speech was terrific. Bye the way, I’m a stockbroker so I’ll give you a tip: if Trump wins the stock market will skyrocket; if Hillary wins run for the hills because the stock market will make Black Tuesday look like a walk in the park.  Look, I’ve got a train to catch. Bye.”

“And that’s our show for tonight. Seems as if Melania was the big hit last night, and deservedly so, in my humble opinion. Matter of fact, I give Melania a ‘A+’, or, in military terms, a ‘4.0’, pronounced ‘four-0.’ And so, on behalf of the crew, I’ll be wishing you all a good night: Goodnight.”

“What say we grab a burger and a shake? My treat.”