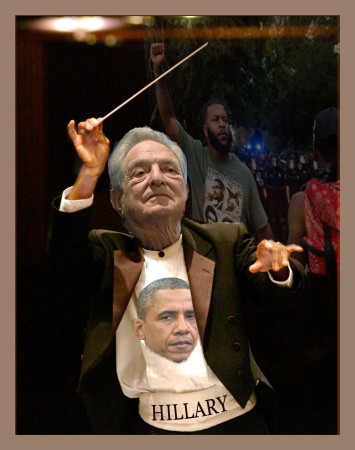 (Jul. 14, 2016) — The current administration has been riddled with suspicion for many clear-thinking people.  At this point in history, some of those suspicions have proven to be well-justified and others remain unrealized.  While the motives of Mr. Obama are still being debated, his actions have been destructive on all levels imaginable to this writer. This destruction has given rise to conspiracy theorists and alarmists that legitimately fear for the future of this nation. And scandal after scandal has been squelched by the onset of some newsworthy chaos that has supplanted its position in the media.  The most recent conveniently positioned chaos that took the spotlight off of Mrs. Clinton fanned the flames of racial division that began with the arrest of a black Harvard professor in 2009.  Of course it escalated with the murder of Trayvon Martin, Michael Brown, Eric Garner, Freddie Gray, and the current incidents in St. Paul and Houston.  How convenient for Mrs. Clinton, and a bonus for the race-baiters in the White House.  But as usual, the devil is in the details – and in this case, that might be more than just a popular phrase.

Unrealized conspiracy theories predict a time in the near future when Mr. Obama will declare martial law, which would be imposed by state or national military forces when civil authority has broken down. The purpose behind such a declaration is anticipated to be the suspension of the presidential campaign, allowing the current occupant of the White House to remain and continue his destructive work. However, there would be a problem with such a declaration.  Many patriotic military, police, and constitutional sheriffs would not turn against their own people.  Or is it a problem?

Again, the devil is in the details – or in this case, the devil may be H.R. 3590, otherwise known as the Affordable Care Act. The convoluted and voluminous 2700 page bill with its additional 20,000 pages of rules, regulations, and proposed regulations contains many arguably unconstitutional  laws (which is perhaps why it had to be passed on Christmas Eve when many legislators were home for the holidays). Section 5210 contains such an unconstitutional provision that establishes and appropriates funds for a “Ready Reserve Corps” that is appointed by the President and reports directly to him.  This begs the question of why do we need such a private Ready Reserve when we already have a constitutional regular Army, Marines, Navy, Air Force, National Guard, state and local police, first responders, EMT, rescue workers of all kinds and in all locations, in addition to the Federal Emergency Management Agency, and why would such a force (if necessary) be buried in healthcare legislation?

As we see the flames of racism fanned by a man that had an unprecedented opportunity to heal the tentacles of racism that persisted, it is hard not to think that perhaps this is the time when the muscles of the Ready Reserve Corps will flex and join the reportedly armed government departments, such as the IRS and post office. Will Houston and St. Paul be the matches that ignite the fire to extinguish the next presidential election, or are they simply the tool being used to divert attention from Mrs. Clinton’s email scandal?  No, I’m not inferring that Obama recruited the cop shooters or that he somehow orchestrated these events. But it is well-reported that Mr. George Soros is funding the protesters, and I am suggesting that anti-American forces such as these may be taking full advantage of Alinsky’s “useful idiots” to divide and conquer what is left of our nation.

May God help us, for with God all things are possible, even the survival of liberty under assault by tyrannical forces that would strip us of our sovereignty.  The time to fight is not yet upon us, but the time to raise awareness and pray for wisdom bears upon us with great weight.  Be an American patriot: pray, and after you have prayed, be sure you are properly armed. The words of Patrick Henry ring true today… for the battle is (still) not to the strong alone; it is to the vigilant, the active, the brave. And today your country is calling you to be strong, vigilant, active, and brave – as well as prayed-up.  Against such, the evil conspirators of this nation cannot stand – even with a Ready Reserve Corps.