“AN INSTRUMENT OF TYRANNY” 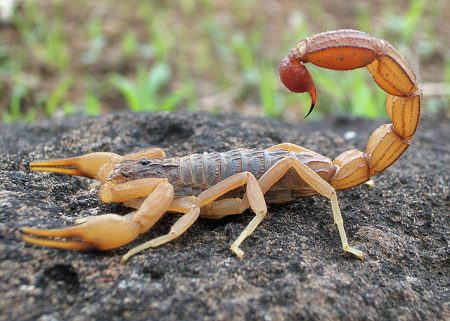 (Jul. 9, 2016) — Anarchist Emma Goldman correctly stated, “Most human beings only think they want freedom. In truth they yearn for the bondage of social order, rigid laws, materialism. The only freedom man really wants, is the freedom to become comfortable.” No better proof can be found of this axiom than a casual perusal of social media.  A mindless Tweet or a funny video on Facebook will garner thousands of comments or “likes” but cognitive material which requires thought and consideration and might be mentally uncomfortable is to a large part ignored, because, to face the truth, especially in considering one’s government is completely and totally corrupt, should and does create an uncomfortable feeling in the minds of those who are not comatose. Besides, in today’s social media world anything over 140 characters takes too long to read and is immediately rejected by the Public Fool System indoctrinated mind.

My last Rant is a great example. People do not want to face the historical reality that members of the military and those whom Patrick Henry referred to as “state and federal sheriffs” will at some point use their power, weapons, and authority against the American citizen when ordered to do so by those “in positions of authority” over them. This is especially difficult considering the majority of public holidays have been perverted in the minds of Ignoramus Americanus in order to “honor and embrace” this very group of so-called heroic public servants.

Patrick Henry also said, “I know no way of judging the future but by the past.” The pages of history are laced with many stories of when governments have used their “standing armies” to oppress, enslave and even exterminate their own citizens. When faced with the unassailable truth that privately-owned firearms in New Orleans after Hurricane Katrina were confiscated/seized by branches of the military and the police, most Americans continue their head-in-the-sand posture because it makes them uncomfortable to consider the truth. Please, ask yourself: when your head is in the sand, what part of your anatomy is totally exposed? The often heard phrase “it can’t happen here” will be of little comfort when the door of your home is forced open and the uninvited burst inside.

If you have one ounce of courage and the slightest urge to accept reality, watch this video.  Remember, those in the uniforms of the police and the military might have felt uncomfortable doing what they were ordered to do, but their oaths to uphold and defend the people and their individual rights against the people’s domestic enemies did not deter them or stop them from carrying out the orders of the tyrant, and it will not stop them in the future.

I am comfortable that the great majority of what I write in my Rants will be proved correct by events that transpire daily within our government and the world—BUT—after writing my last Rant I didn’t expect the FBI to prove a critical point contained in my writing so quickly. In that Rant I stated the totally corrupt criminal enterprise we call our government is possible only because of the “standing army” of “federal and state sheriffs” and the military. FBI director James Comey confirmed my assertion within days of the publication of my article. Can there be any doubt in anyone’s mind that 4 decades of criminality by the Clinton Crime Syndicate has been facilitated and protected by the FBI and other branches of federal, state and local sheriffs? If Hillary becomes “commandress-in-chief” and orders the police and military to travel door-to-door in this country to confiscate privately-owned firearms, a large portion of those forces will carry out her orders? With history as a guideline, those same forces did exactly that under George W. Bush in New Orleans.

Consider for a moment our own sordid history. When Abraham Lincoln ordered firearms be confiscated in the North in 1861-1865, did Lincoln, Seward, Stanton, Thaddeus Stevens or Charles Sumner travel door-to-door seizing those firearms or did they use the military and police to do so? Was it Lincoln personally who imprisoned tens of thousands of people who didn’t agree with his destruction of our Constitution or was it members of his “standing army?” Was it Lincoln who shot and killed northern citizens who dared oppose the draft in the New York City draft riots in 1863?

People in the South who cherish their history and their heritage must realize the right of the consent of the governed, self-determination and States Rights (9th and 10th amendments) were destroyed along with billions of dollars of private property and hundreds of thousands of lives, not by Abraham Lincoln and the Radical Republicans like Stevens and Sumner, but a “standing army” of willing dupes not at all unlike the military and police in the streets of New Orleans in 2005; the forces at Ruby Ridge in 1992 or at Waco in 1993.

No tyrant in history has ever been able to deliver death and destruction on a large scale except with the willing cooperation of their “standing armies.” When tyranny, oppression, death and destruction again comes to the streets and homes of this country it will be at the hands of a standing army of members of the military and state, federal and local sheriffs. History will not be mocked. 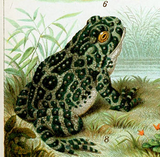 Ah, the Scorpion and the Frog. A quick look at any newscast or social media site reveals very quickly that there are people in this country who still believe one can depend on members of the criminal cabal, current or newly elected, to right the ship of state and again bring constitutional government to our land.

I have been a firm advocate of the theory that the best person for any job in government is the person who doesn’t want it. Ridiculous, you say? Consider please the mentality of anyone who seeks a position of power and control over others. I believe the great majority of those who covet that kind of power are, at base mentality, sociopaths. Let us take a look at the traits in the profile of a sociopath. “Manipulative and Cunning—They never recognize the rights of others.” If there was ever a perfect description of Hillary Clinton, her husband, Barack Obama, members of the Bush Crime Family and hundreds of members of Congress and the Supreme Court, where is it better defined? Then there is “grandiose sense of self” and “lack of remorse, shame or guilt.” I believe this fits every national candidate or incumbent in public office today and many at the state and local levels. What about “pathological lying” and “need for stimulation?” Who in politics does this description not fit?

Sociopaths seek the position of authority over others that will accommodate their natural proclivities. A standing army of military and police who can be used to impose the will of the sociopath on others fits those requirements to a “T.” That is why those known as the anti-Federalists in this country’s history were so opposed to such an instrument of tyranny.

How many have noticed that throughout this past presidential election season, mentions of our Constitution and Bill of Rights are as rare as truthful statements by candidates seeking the highest office in the land? Why so, a prudent person might ask? What “we the people” have been offered by both sides of the political spectrum during this campaign are increased levels of Marxist Socialism, an ever more powerful executive branch, more bombing and killing of people in countries where oil is prevalent, and more importantly—more free stuff provided with other people’s money. No wonder the Constitution and Bill of Rights are seldom mentioned, because the principles of both oppose almost everything candidates on both sides have said they will do or have done already.

The masses in this country cry for constitutional governance, usually after they have voted for the lesser of evils in large numbers. The Tea Party and its various alliterations are a great example. For almost 8 years now, these folks have sworn their undying allegiance to the tenets of our Constitution and were instrumental in the election of “Tea Party” candidates. But, where are the results? Have we stopped illegal, unconstitutional wars? Have we done away with the socialist Affordable Care Act? Have we taken same-sex marriage and abortion off the political stage? Have we stopped illegal immigration or promoted more? Are race relations better or worse? Have we had more or fewer terrorist attacks? Have we even begun to work ourselves out from under the forces of tremendous, liberty-eating debt or have we increased this debt at unheard-of levels in a vain attempt to satiate those who believe they are “entitled” and those who believe in perpetual war for peace? How many of these so-called constitutional voters have voted for candidates who have violated their sacred oaths repeatedly in the past because they had the preferred letter (R) after their names? Have these wonderful “conservatives,” waving their pocket Constitutions, brought us more or less socialism in the past eight years? Have they elected anyone who actually opposed the Marxist policies of Obama? If so, where are those results?

Once we accept the fact the vast majority of people running for or holding political office are sociopaths with many leaning toward psychopathy and treat them as such, constitutional governance is a pipe-dream and completely unattainable. The sociopath running as a Democrat is neither more or less evil than the sociopath running as a Republican. To believe otherwise is to completely embrace insanity as defined by Albert Einstein.

The people in this country today can be visualized as the frog looking at a raging river of oppression, tyranny, and debt. Political candidates and incumbent politicians are the sociopathic scorpions who promise they will get us all through that river and over to the other side if we will just allow them to ride on our backs in order to cross. Throughout recorded history, the frog has realized, all too late, usually after feeling the sting of the scorpion, that both are doomed to die because the sociopathic scorpions cannot help themselves—it is in their nature to do what they do and they will never change their nature! The river of oppression and tyranny grow more invasive by the day. Until we refuse to allow the political scorpion to ride on our backs, the river will continue to rise.

A Modern Day Fable: The Scorpion and the Frog added on Saturday, July 9, 2016