“THEY DESERVE OUR SUPPORT AND OUR RESPECT” 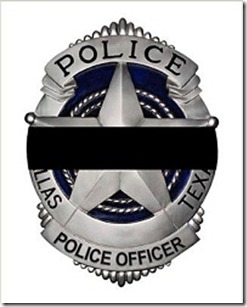 (Jul. 8, 2016) — Phoenix, AZ—-After the horrible events in Dallas where 5 police officers were killed during an anti-police protest, Rally For L.E.’s founder Nohl Rosen has called for armed members to stand watch over police stations and police officers nationwide in an effort to keep our law enforcement safe.

“We need to ensure that our police officers are able to do their jobs safely and also make it home to their families as well. There’s clearly a war that’s been declared on police officers in this country and armed citizens need to stand with the members of law enforcement to end it. Rally For L.E. will have the backs of our nation’s police officers,” Rosen said.

The pro-police movement is also calling for a nationwide rally in support of law enforcement to show that there are citizens that appreciate the service the men and women in blue provide to us every day. They deserve our support and our respect. Our thoughts and prayers go out to the families of the police officers that have been killed in Dallas as well as to the Dallas Police Department.

For more about Rally For L.E. visit the movement’s web site at www.rallyforle.com.